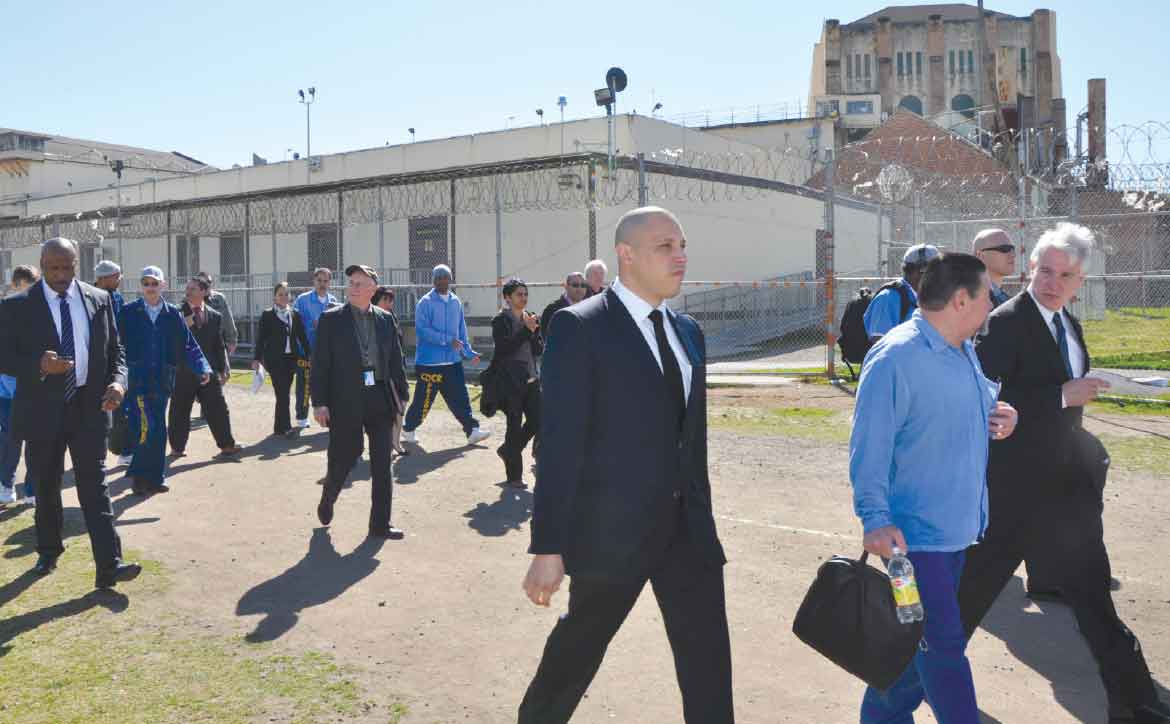 Warden Kevin R .Chappell, D.A. George Gascón accompanied by
the S.Q. News staff and others on the Lower Yard

Former Los Angeles Assistant Police Chief and current San Francisco District Attorney George Gascόn announced his support for a new bill in the California Assembly that would change a necessary force standard for police shootings under state law—and was the only representative of California law enforcement to do so, according to Southern California radio station KPCC.

Under the proposed bill, introduced by Senator Kevin McCarty (D-Sacramento) and Assemblywoman Shirley Weber (D-San Diego),  prosecutors could question officers involved in shootings about their decision-making process, whether they tried to de-escalate the situation, or if their actions contributed to the incident in any negative way. Current law limits these questions to only a few seconds before or after any use of force.

Gascόn told KPCC the bill would “move policing in California into the 21st century” and called the present standard “absurd.” 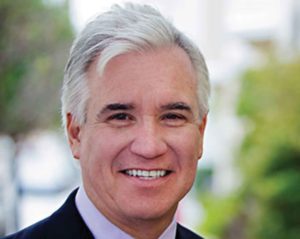 “I think that as the community feels that officers are less likely to use force, people are going to be more receptive to cooperation and submitting to police direction,” he said.

Public support for such reform may have been sparked by the March 2018 police killing of Stephon Clark, an unarmed 22-year-old Black man, in Sacramento, the state capital.

“The rules for governing when police can use force are not working. Too many people are being killed by police. Too many are unarmed,” ACLU attorney Peter Bibring said.

The standard being proposed statewide is already in place in Los Angeles, after a five-member civilian panel that oversees the department decided a shooting in South Los Angeles was in part caused by the officer.

The panel concluded that the officer lacked reasonable suspicion to make the stop in the first place, and the city settled a federal civil rights lawsuit with the family of the victim, Ezell Ford, for $1.8 million, KPCC reported.

Gascόn advocates that putting the “necessary force” standard in state law would force a domino effect, changing the relationship between civilians and officers in police departments statewide. He believes promoting de-escalation will make both parties safer.

However, Craig Lally, head of the L.A. Police Protective League, which represents the rank and file officers, disagrees.

A recent U.S. Supreme Court ruling upheld a three-decade old ruling that a deadly threat does not have to be real to justify the officer’s shooting, Stoltze reported. In that case, Arizona officers shot a woman who was wielding a kitchen knife on her front porch.

“Last time I checked, the Supreme Court was the law of the land,” Lally said.

Still, Lally has not read the details of the proposal, KPCC reported.

“We look forward to talking to the bill’s authors,” Lally said.

According to USC political analyst Dan Schnur, voters were once heavily aligned with law enforcement interests; as crime declined in the 21st century, they started to view criminal justice reform more favorably. In this case, current events may be driving public support for the reform of force standards.

Particularly as unrest over Clark’s shooting continues in the state capital, the discussion is driven by current events.

“What may have changed here is there is a particularly compelling story,” added Schnur, referring to Clark’s killing.