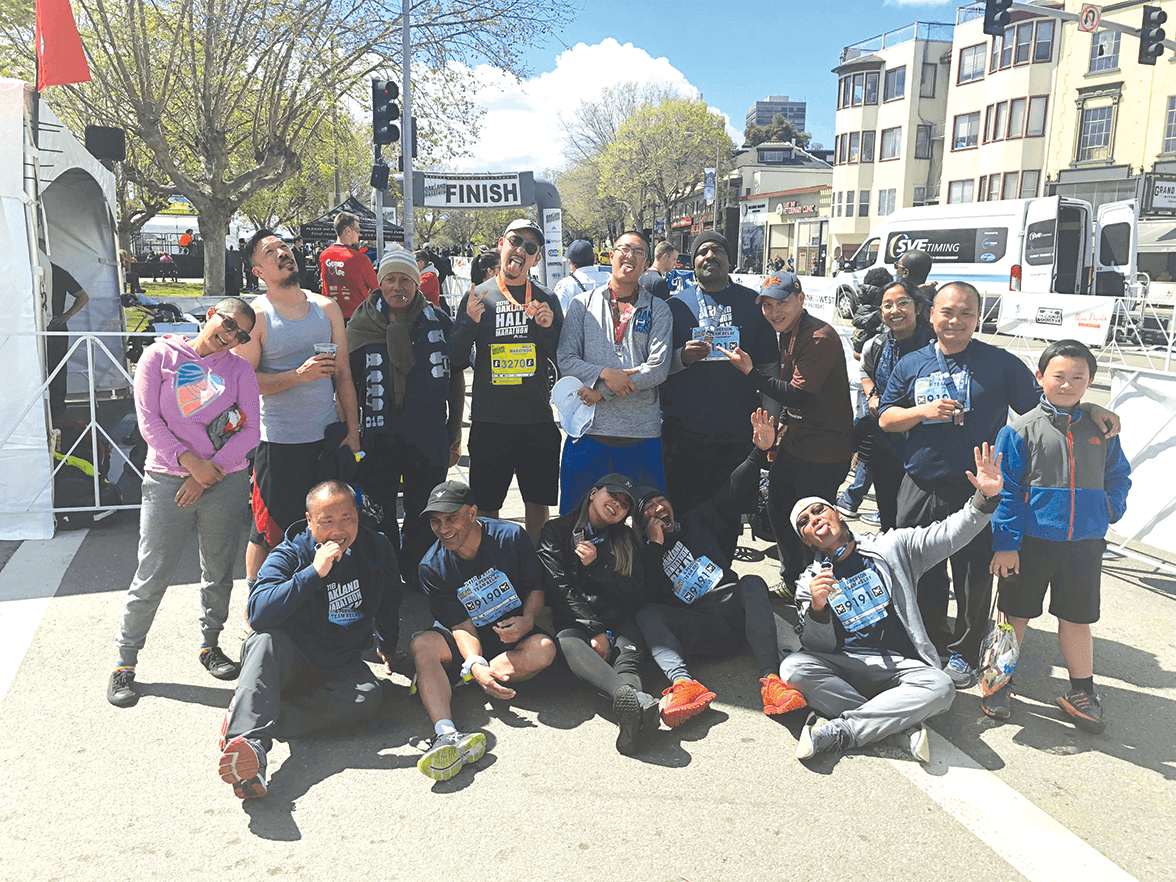 ROOTS’ members at the finish line at the Oakland Run Festival

While community volunteers ran in the Oakland Run Festival to raise money for an ethnic studies program at San Quentin State Prison, 33 incarcerated men ran in solidarity with them.

The Asian Prisoner’s Support Community (APSC) ran to raise funds for the Restoring Our Original True Selves (ROOTS) program on March 24 and 25.

“Our community and volunteers, in their free time, ran to raise money for us,” Kevin “K” Neang, the ROOTS incarcerated chairman, said. “Let us show solidarity and run with them.”

The 33 incarcerated participants completed a combined 141.5 miles. The group included men who weren’t athletes but who ran in support. Even men like Thanh Tran, who never attended a ROOTS class, ran 53 laps, the equivalent of a half-marathon.

This marked the second year APSC and ROOTS ran to honor incarcerated family members or friends in prison, naming their running teams after their incarcerated loved ones and raising funds in support. This year’s goal was to raise $15,000 for ROOTS. It took a week and half, but they reached their goal, according to Tracy Nguyen.

Nguyen, a volunteer for both ROOTS and APSC, ran in a relay portion of the Oakland Run Festival. There was also a 5K race and a half-marathon.

Last year, Nguyen ran for Team Free Lee, in honor of a San Quentin inmate who has since been released. This year, Lee ran with Nguyen and Nighiep Ke Lam for Team “Free Tran,” in honor of Sa “Mega-Tran” Tran, whom immigration officers arrested after he paroled from San Quentin. (Tran is fighting the deportation.)

Nguyen, said her team used a basketball tournament to train for the run. It didn’t help.

Team Tran came in last, partly because the next runner arrived to the relay point late.

Besides meeting its fundraising goal, the race succeeded in achieving its larger agenda of strengthening ties in the Asian community.

“We came in last but Tran was first in our hearts,” Nguyen said.