Prisons are not supposed to be finishing schools, but some have achieved notoriety for being unspeakably cruel and inhuman.

The website akorra.com has posted a list of what it describes as the world’s five worst prisons. The list includes prisons in North Korea, Africa, Syria, Tibet and Cuba.

Penitentiaries exist in nearly every country in the world, but the report says some countries have used incarceration as a way of either killing prisoners or driving them hopelessly insane.

Here is a list of the world’s worst prisons, at least as far as akorra.com is concerned: 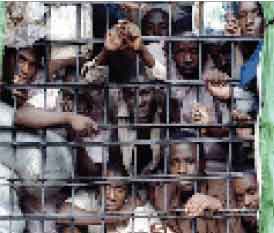 Thedistinction for being the worst prison in the world belongs to Kwan-li-so No.22 Haengyong (Camp 22), located in Hoeryong, North Korea. Camp 22 is filled with political prisoners. No recourse to human rights is available to the men, women, children and infants serving time in this draconian dungeon. North Korea is the “grandmaster of imprisonment and oppression,” according to the report.

“The guards are brainwashed to thinking that prisoners are sub-human and are allowed to do anything they want to prisoners” said the akorra.com report. Inhumane experiments are conducted on all prisoners, including infants. “When a baby is born and starts crying, the guards usually smother it to death or leave the baby face down on the ground to die.”

One lucky prisoner who escaped said, “Prisoners in the worst condition hardly looked like human; they looked like beasts.” Approximately 1,000-2,000 prisoners die every year from hunger, beatings, and executions, the report said.

The akorra.com report concluded, “This is far from humane; it is more like a hidden holocaust that no one can do anything about. Animals receive much better treatment than this; they are being treated equivalent to an insect.”

Gitarama Prison in Rwanda, Africa, is listed as number two on the short list of horrific prisons. With a population of 6,000 prisoners, Gitarama Prison has the dubious distinction of being the most-overcrowded prison in the world. Some 6,000 prisoners live in a unit designed for only 500 people. According to the akorra.com report, prisoners are so hungry they sometimes “bite chunks of meat out of each other” to survive. The floor of the prison is damp and filled with raw feces. If a prisoner injures a foot, gangrene slowly sets in, and the prisoner’s toes eventually fall off.

The odor can be noticed a half mile away. With one in eight prisoners dying from diseases or violence, the survival rate is pessimistic. An ironic fact is that most of the prisoners are being punished for carrying out genocide against Rwanda.

The third worst prison in the world, according to akorra.com is Tadmor Military Prison in Palmyra, Syria. The 4,000 prisoners face torture, hangings, beatings, and axe mutilations, the report says. In 1980, the Syrian regime’s military shot and killed all 500 prisoners in the prison; the worst prison massacre in the world to date, the report says.

Prison staff are reportedly given limitless authority regarding what they can do to the prisoners. Tadmor guards have been known to beat prisoners until they are almost unconscious, then drag their bodies on the ground until they are dead, the report claims.

The number four spot is Drapchi Prison in Lhasa City, Tibet. The prison’s population is estimated at 600. Prisoners can be killed on the spot for looking at a guard the wrong way, according to reports. If the prisoners protest, they could receive constant beatings or execution.

Drapchi prisoners stay in solitary confinement for so long, they lose the ability to speak; inmates are tortured and beaten if they resist, the report says.

The fifth worst prison in the world is the Fortaleza de San Carlos de la Cabana (la Cabana Political Prison) in Havana, Cuba. It has 75,000 prisoners, and they have no protections for human rights. 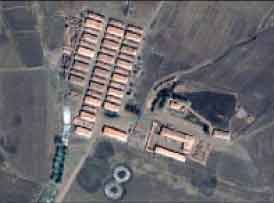 Anti-Castro people say that in Cuba, dissidents are thrown into Cabana until they become pro-Castro, or die first. Many Cubans have been arrested without warrants and convicted without trial, the report says. Cells are so small prisoners can barely sit down, and they can’t lie down.

Mainline prisoners are given more privileges than political prisoners. One prisoner prayed, imploring Heaven that the “rescue force” might be victorious, and the guards shot him in the head, the report claims.

The akorra.com website is the work of a writer named Luther Avery, who says its purpose is to publish “quality articles by quality people.”