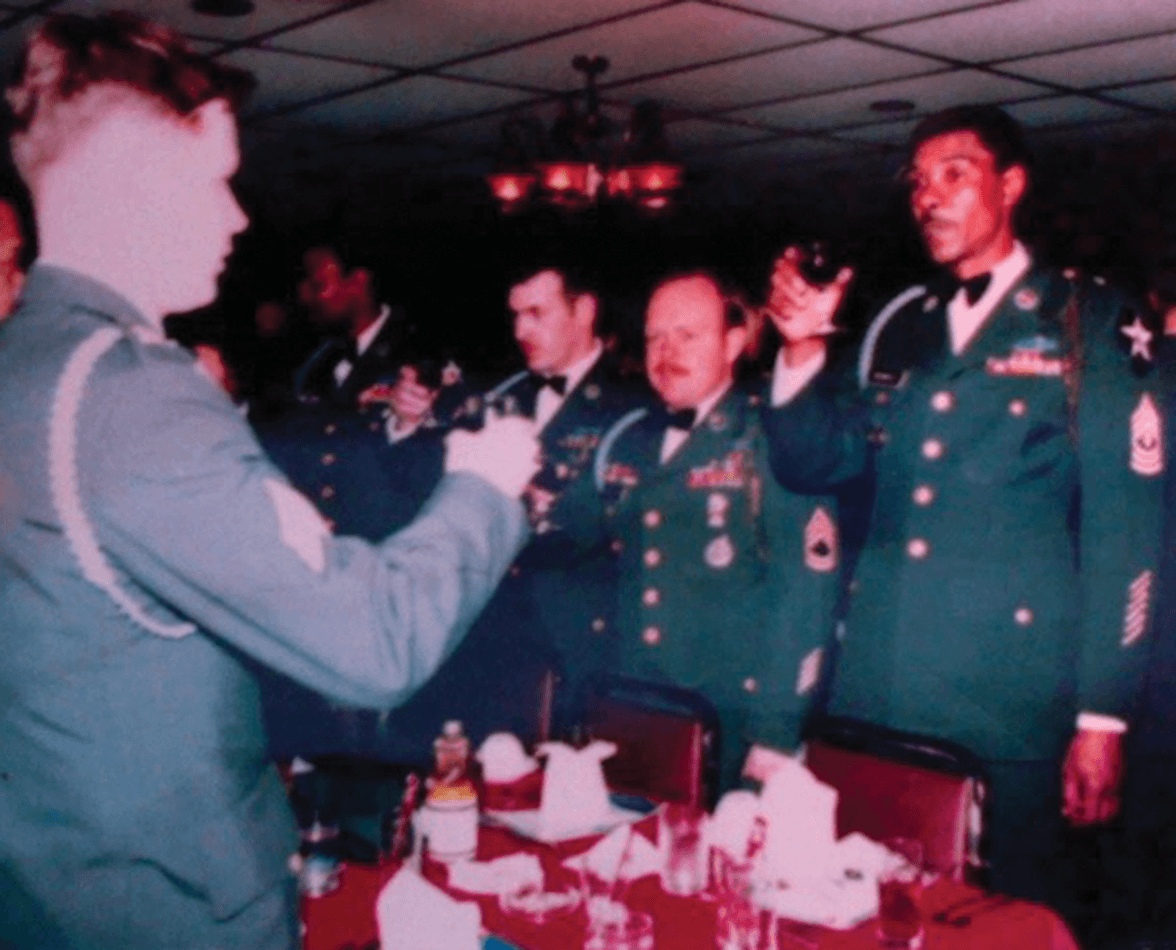 Davis Bennett, 75, enlisted in the U.S. Army in 1961. He is one of the many combat veterans serving time at San Quentin State Prison.

Bennett served in Vietnam in October 1967 and December 1970.

“I was assigned to the 1st Armored Division and was a machine gunner on an APC (Armored Personnel Carrier),” he said. His unit consisted of three tanks, three APCs, a company of about 150 infantry men and a mortar squad of about 12 men.

“I was wounded three times while in an APC. Once a VC (Viet Cong) rocket-propelled grenade, better known as an RPG, was fired at the vehicle, and it exploded on the side of the APC. I was hit in the jaw by shrapnel fragments. It took two of my teeth.”

Bennett was wounded twice more. He was hit in his lower back side, coming out of the APC’s turret. The other injury came after his APC hit a mine, throwing him off the turret and damaging his right arm. When the APC hit the mine, most of its crew was killed and the rest were seriously wounded.

“It was very bad,” he said. “We were trying to help the wounded, and there were body parts on the ground and in the trees. I’ll never forget that day.” His APC unit was awarded the Vietnam Gallantry Cross.

Bennett was awarded several medals and ribbons for his service:

Today, he is being treated at the prison hospital for cancer that developed in his jaw. He thinks the cancer is related to the old war injury he sustained when the RPG hit his APC.

The Bennett family moved to California, along with an uncle, in 1955. They moved to Oakland the following year.

Bennett was living with one of his brothers in 2008. There they befriended a homeless man, Nemo. They would let him hang around their house and sleep in their yard. He would also help Nemo by giving him $5 a day, and from time to time they’d have a drink.

“I give you money all the time, and I am not going to give you anymore,” Bennett said.

Bennett says Nemo threatened to beat him up. Bennett picked up a shovel and told Nemo to leave. However, Nemo responded by attacking and punching Bennett. In the chaos, Bennett said he got his handgun. Nemo hit him once again, and he shot Nemo in the chest. Nemo walked away and died later.

“They at first wanted to charge me with first-degree murder and then second-degree. They lowered it to manslaughter. I received a seven-year sentence. I will be released on June 5, 2018,” Bennett said.