After the 13th Amendment abolished slavery in the United States, one of the first steps toward the mass incarceration of African-Americans was the creation of Black Codes and Vagrancy Laws.

“Virtually from the moment the Civil War ended, the search began for the legal subordinating of a volatile Black population that regarded economic independence as a corollary (outcome) of freedom,” wrote Eric Foner in Reconstruction America’s Unfinished Revolution 1833-1877.

Some laws limited Blacks’ freedom of movement, implemented curfews, and established a pass system that effectively put the state in the place of the former slave master.

“The entire complex of labor regulations and criminal laws was enforced by a police apparatus and judicial system in which Blacks enjoyed virtually no voice whatever,” Foner wrote.

Vagrancy laws punished Blacks for disorderly conduct, idleness, and those who “misspend what they earn.” Criminal offenses included preaching the gospel without a license, insulting language or gestures and malicious mischief.

Since employers could no longer use corporal punishment against Black workers, courts could mandate whippings for vagrancy or petty theft. The courts could impose long prisons terms and force prisoners to hard labor on public works without compensation.

By 1867, Blacks constituted about one-third of Texas convicts. The state leased out 90 percent for railroad labor, noted Foner.

“Convicts had no meaningful legal rights at this time and no effective redress,” wrote Michelle Alexander, in The New Jim Crow. “The state of Mississippi eventually moved from hiring convict labor to organizing its own labor camp, known as Parchman Farm. It was not alone.

“During the decade following Redemption [the Southerners’ term for Reconstruction], the convict population grew 10 times faster than the general population: ‘Prisoners became younger and Blacker, and the length of their sentences soared.’ It was the nation’s first prison boom,” continued Alexander.

Blacks had little confidence in the Southern court system when arrested by White sheriffs, tried by White judges, and convicted by all-White juries. Blacks started to petition the Freedman’s Bureau or the army to handle disputes and punish crimes. 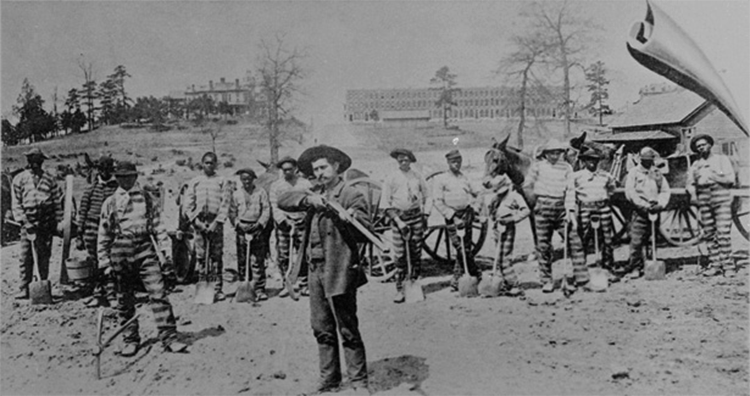 If Whites committed crimes against Blacks, the courts either acquitted them or they received lenient sentences. Between 1865 and 1866, Texas courts indicted some 500 White men for the murder of Blacks with no convictions, highlighted Foner.

Black women and children were not exempt from the targets of the states.

Louisiana and Texas mandated labor contract laws that included all members of the family who were able to work, thus stopping women from leaving the fields. In addition, apprenticeship laws allowed judges to bind Black orphans and juveniles to White employers.

“Although all these measures inspired protest from Blacks, the most bitter complaints centered on apprenticeship laws…an excuse for providing planters with the unpaid labor of Black minors,” wrote Foner.

Courts in Maryland and North Carolina sent thousands of children to White “guardians” without consent or sometimes without the knowledge of their parents. Parents petitioned the Freedmen’s Bureau for the release of their children from court-ordered apprenticeships. 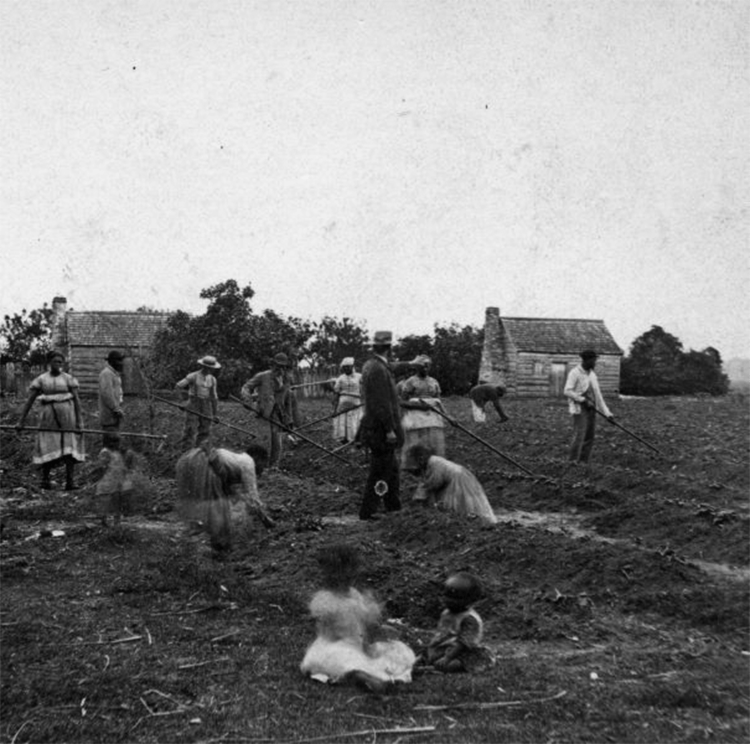 Indentured servants, children and slaves in the field

Bureau agents and local justices of the peace were still releasing Black children from the “apprenticeships” as late as 1867, noted Foner.

Even under those trials and hardships, African-Americans built social and religious institutions that survived the end of Reconstruction, noted both Alexander and Foner. Schools began to open. The literacy rate rose, successful businesses started, and educated Blacks populated local legislatures.

But as the 21st century arrived, the legal framework of racial profiling, biased sentencing policies, political and employment discrimination has virtually and literally trapped Blacks at the bottom of a hierarchy with racial overtones by labeling them felons, noted Alexander.

“The slave went free; stood a brief moment in the sun; then moved back again to slavery,” said W.E.B. Du Bois.