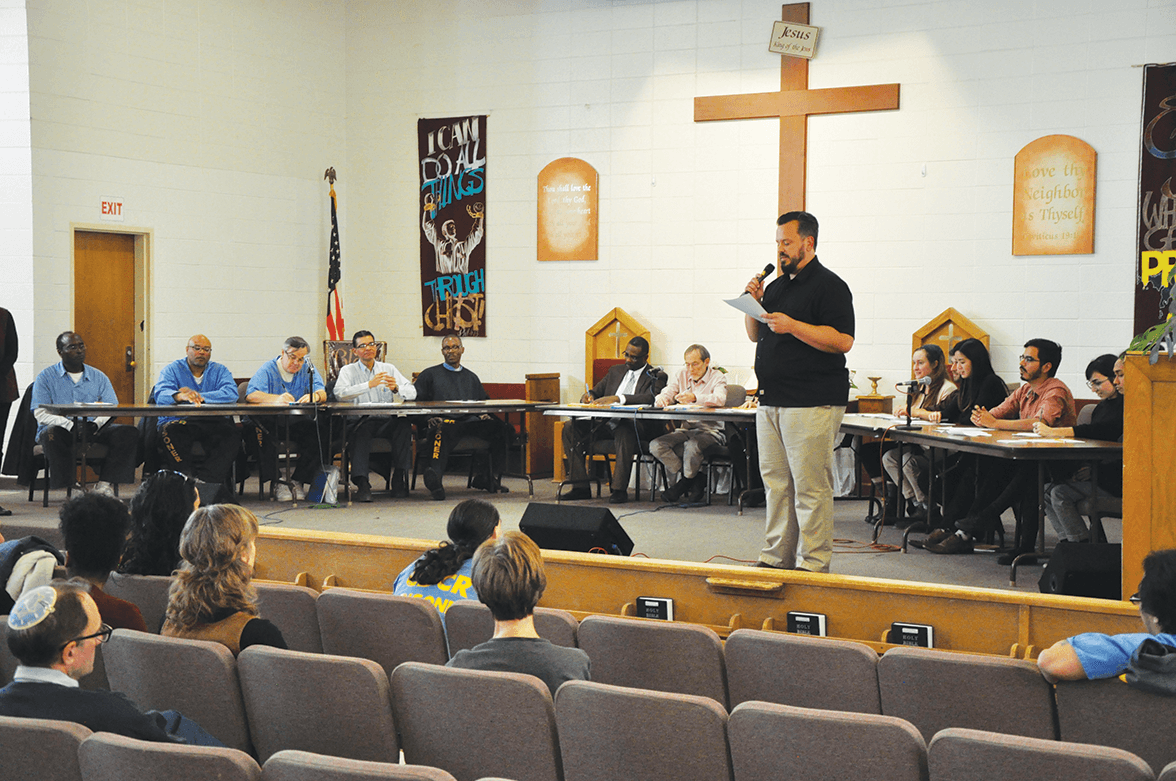 A team of philosophy students from University of California at Santa Cruz ventured inside San Quentin on Feb. 13 for an ethics debate against inmates from the prison’s college program.

acknowledged the volunteers and their contribution to public safety.

“As a warden, who comes from a security background, when we held a TEDx a couple years ago, the lights went out and the lieutenant governor was in the audience. I couldn’t relax. I didn’t sit down,” Davis said. “But, now I understand the impact of having volunteers come in to give their time for programs that add to public safety. I’m appreciative and proud to see rehabilitation first-hand.” 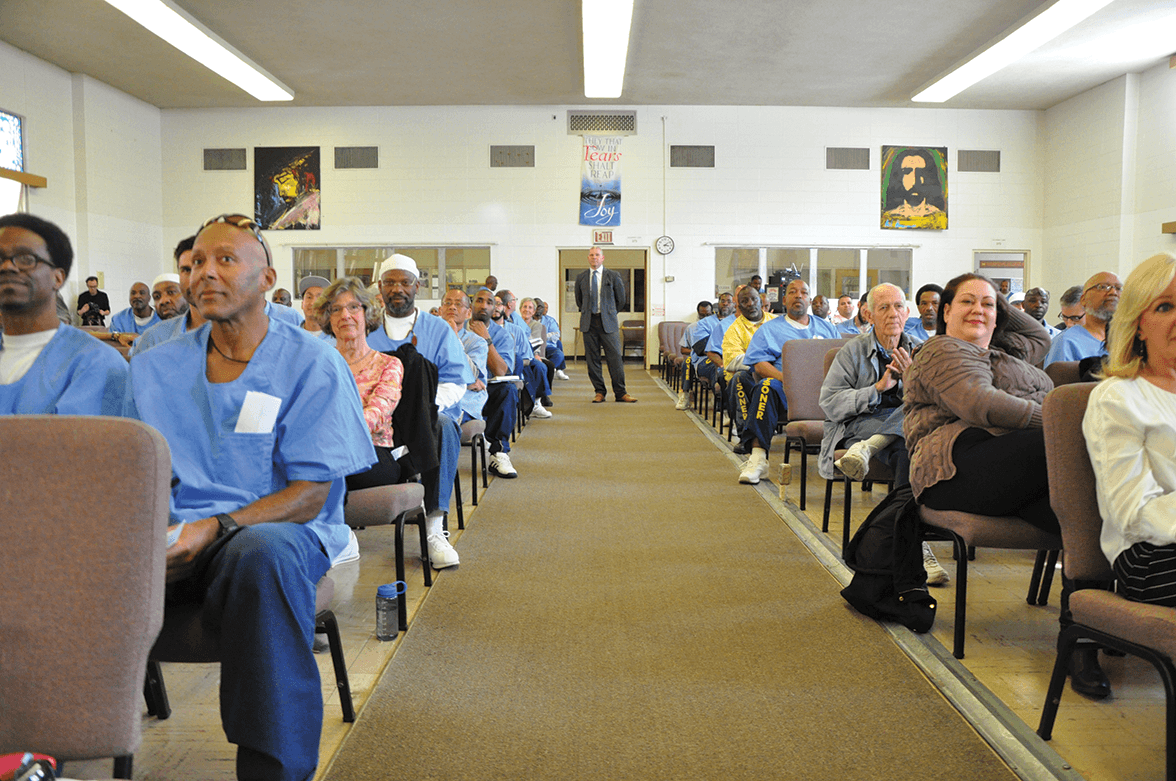 Warden R. Davis watching the event with the audience

The debate topics were: assessing the mental stability of government officials and the social impact of building a wall to separate Palestinians on the West Bank from Israel.

The debate used a format invented by Ladenson in 1996, called The Intercollegiate Ethics Bowl (IEB). The IEB has grown into an annual national event with more than 200 universities fielding teams. The top 32 teams, determined by a set of regional around the country, compete at the nation every year.

IEB is one kind of event that UC Santa Cruz’s philosophy department organizes to “foster more thoughtful and engaged communities of thinkers, doers and change makers.” 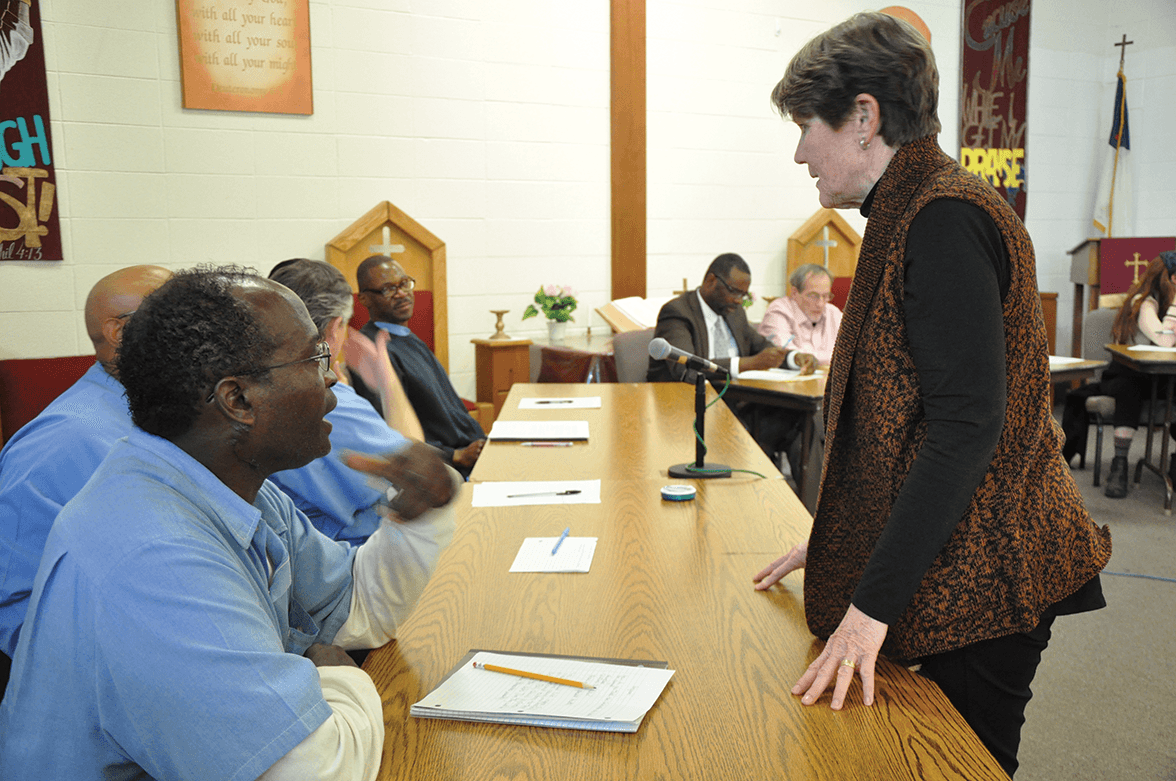 “I always wanted to leave prison with a college education,” Akins said. “I want to go out a better person than when I came in. I have to study every day to keep up. I’ve been doing it for two years, so I’m entrenched into it. When the ethics bowl came up, it was my dream. At least I believe it is, to expand my horizon.” He added, “I would like to educate myself in life until I earn my Ph.D. and be called Dr. Akins.”

Akins has been at San Quentin for three years. He is serving a life term with the possibility of parole. He is scheduled to appear before the parole board sometime in 2019; however, recent changes in law may allow him to appear this summer. 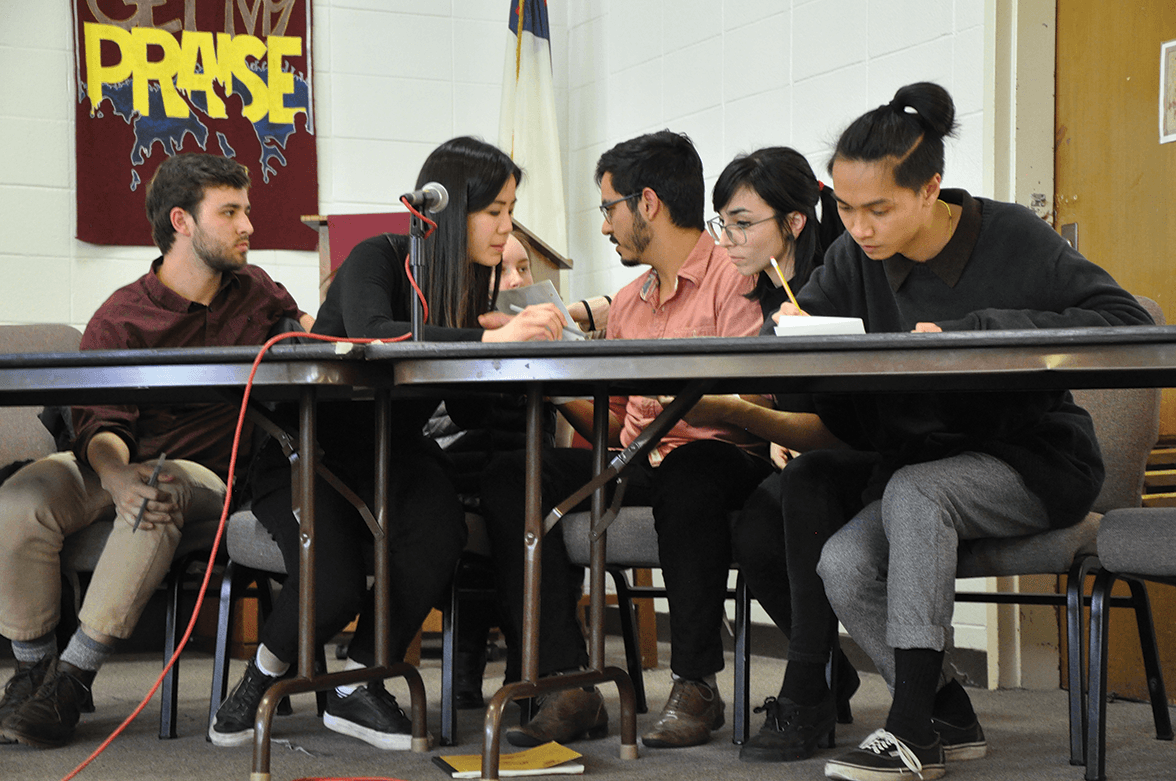 The debate on the mental stability of government officials focused on the Goldwater rule.

The Goldwater rule forbids psychiatrists from assessing public officials whom they have not personally interviewed.

“Should we change the Goldwater rule and if so, how?”

After the UC students brought up the mental stability of President Donald J. Trump, the inmates replied that Trump is democratically elected. Furthermore, if the public wanted him out, they’d go to the polls in the next election and choose a different president. They also claimed that changing the rule would politicize psychiatry and that the American Psychiatric Association instituted the rule. Finally, the inmates said that nothing precludes congress from setting limits on presidential powers.

The Santa Cruz students responded that for the sake of openness, psychiatrists should be able to give their expert opinion more freely.

They argued that Trump is an exceptional case, so he should be treated exceptionally.

During the intermission, several of the outside guests agreed that the inmates came out better in the first part of the debate and that their argument was clearer. The guests thought that because the inmates are older, they have a better grasp on the issue. 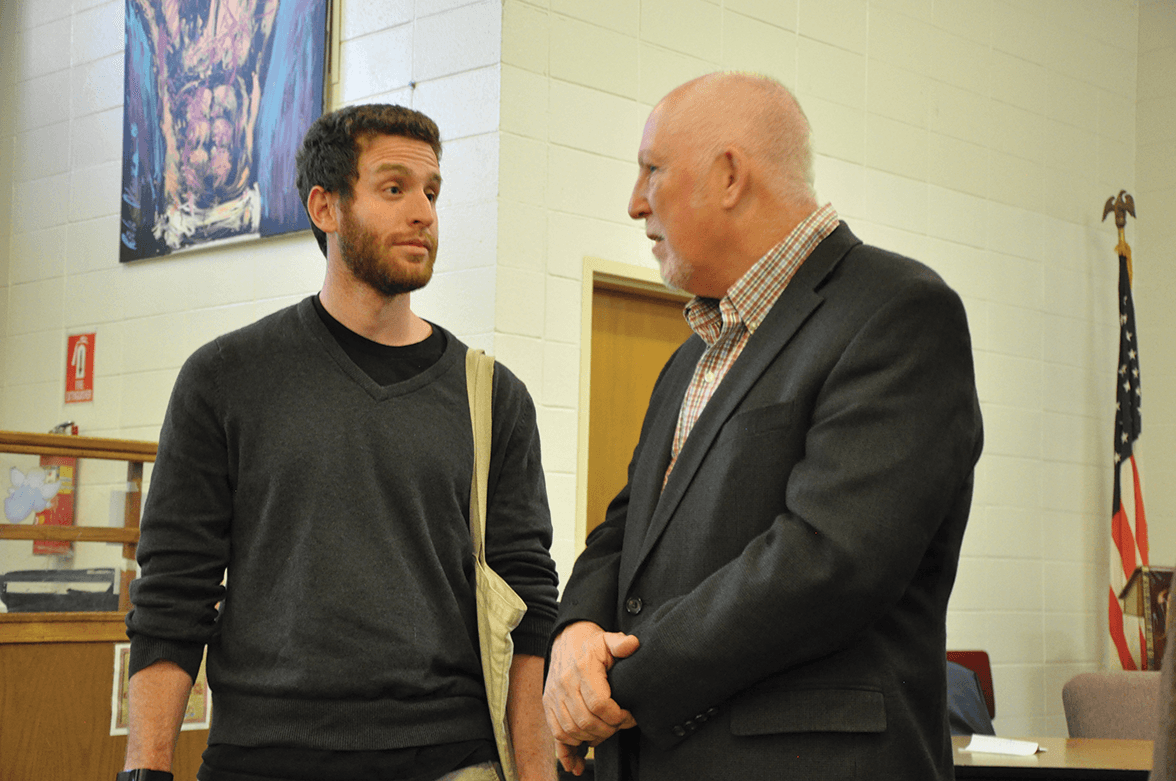 Jessie Rothman discussing the event with the guest

After intermission, the Santa Cruz students proposed that divestment from companies that do business with Israel is an ethical way to seek a nonviolent solution to something “the world recognizes as illegal,” referring to the wall that separates Palestinians on the West Bank from Israel.

They argued that it is wrong for a country to profit from oppression and that the sanctions are aimed at bringing awareness to the problem. The key is that it is a nonviolent means of protest, the students argued.

According to the students, it’s not an anti-Semitic argument. It is an anti-oppression action. The movement is not targeted at individuals, but institutions and companies. The students seek to recognize human rights under international law for the Palestinians.

Sanctions and boycotts inspire people to do something against corporations that profit from oppression. It allows people to understand the power that corporations have over people, they agreed.

The PUP students replied by asking for the reason for building the wall and suggested that the wall was built because the actions of Hezbollah. They also questioned that economics could solve a political problem.

The UC students stated that democracy is absent in the West Bank, and it’s not a free and fair society—that the economic and political factors are the same. The UC students cited Israel’s history of ethnic cleansing. “Human rights come first, national rights come second,” one of the UC students said. “Israel is doing the same thing as other colonizing nations have done, like in South America.”

Weaver questioned the UC students about the passive violence from boycotts and sanctions and that “any unjust barrier creates harm.”