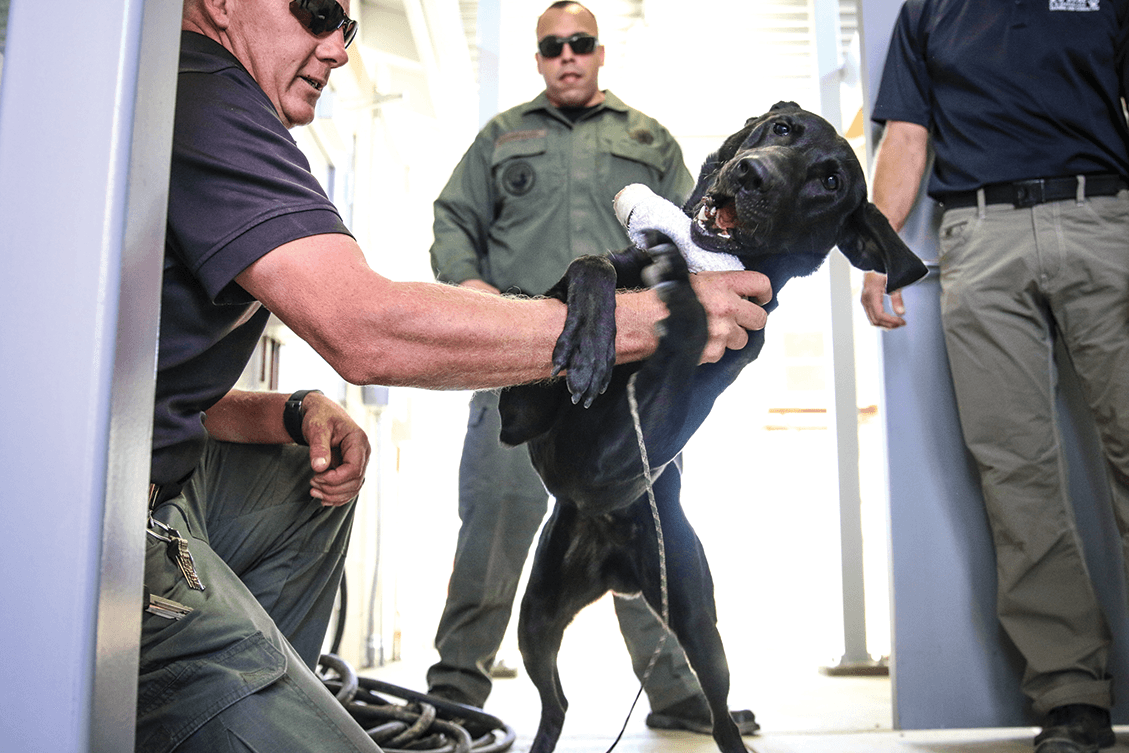 California is expanding its K-9 program to enhance its fight against drugs and cellphone contraband in state prisons, according to Bob Moffitt of Capitol Public Radio.

The program currently has 49 dogs in 21 prisons and is increasing to 70 dogs in 35 prisons.

“The dogs, just them being present, stops the influx of contraband,” said California State Prison, Solano Correctional Lt. J. Ojo. “Just having the dog present, not even searching or doing anything, just it being there, is, in itself…a deterrent. So, having two in every institution, that would be big.”

Over the past three years, K-9s and their handlers aided the confiscation of nearly 3,800 cellphones and nearly 160 pounds of cocaine, heroin, meth, and marijuana altogether, the department reported.

The dogs will spend two days with their trainers learning to work in prison, said the Oct. 2 report.

“When we start the academy, we do two days of classroom work with the handlers,” said Jeremy Packard, the statewide K-9 coordinator for the California Department of Corrections and Rehabilitation. “On the third day, we actually give the dogs to the assigned handler. So, they’re with the handler 24-7 from that point on until the last day of certification.”

This expansion comes on the heels of the death of the program’s founder, Sgt. Brian Pyle, who initiated the program in 2009. He died in September of cancer. In his honor, there is a hand-painted sign above the kennel in Vacaville that reads, “Do it for Pyle.”