Tommy “Shakur” Ross, Louis A. Scott and Greg Eskridge were honored with the 2017 Excellence in Journalism — Community Journalism Award, on Nov. 9 by the Society of Professional Journalists, Northern California.

Trefny focuses on voices in the Bay Area typically ignored by mainstream media.

The incarcerated journalists do not have access to the internet, which limits research and story selection.

“Their stories are more personal,” Trefny said, “like what it’s like to be a transgender inmate, or how people deal with lockdowns or incarcerated veterans’ position on taking a knee during the national anthem.”

Trefny said the story selection and quality of journalism from the incarcerated reporters bolster the profession at a time where its reputation needs to be improved.

The forgiveness story was written after Ross learned that a Christian inmate, Derrick Holloway, murdered the great-uncle of Muslim inmate Isaiah “Raheem” Thompson.

Ross knew that Holloway and Thompson had become acquainted at San Quentin, however; neither knew their pasts were connected. 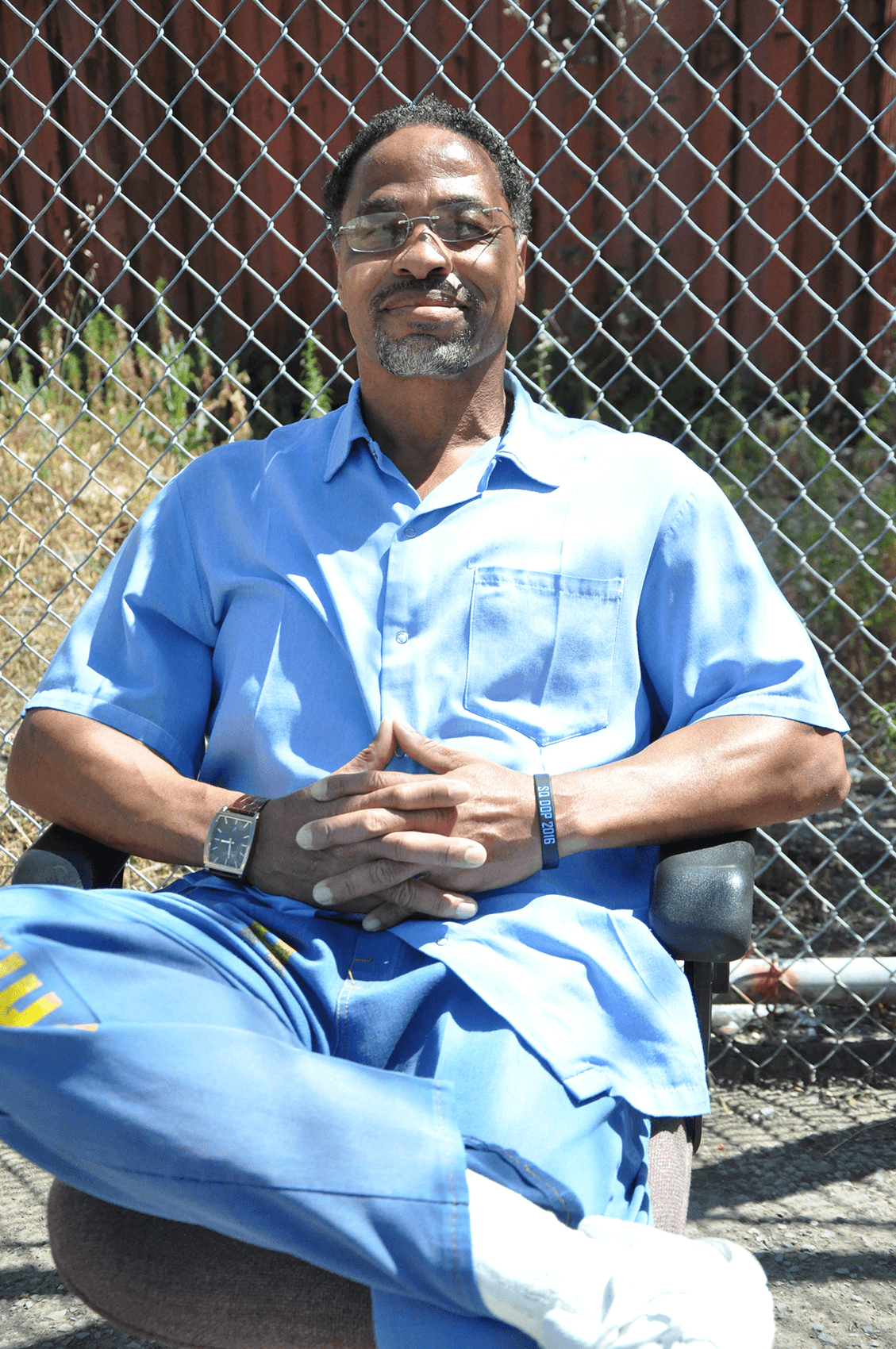 Holloway told Ross how he stumbled on the truth.

Then, Chaplain Mardi Ralph Jackson created space for a forgiveness ceremony to take place in the Protestant Chapel. Hundreds of inmates witnessed the ceremony.

“Derrick was humble and broken, while Raheem exhibited grace and mercy that’s not normally seen between two men,” Jackson told Ross in the interview.

“The stories allow the public to challenge their ideas and assumptions about who the men are who commit crimes,” Ross said. “We are not just our crimes. We have the propensity to do good, particularly in Raheem’s case. He’s a special ops veteran who lived on the streets, yet he forgave in a place where forgiveness is not normal.”

With Volunteers of San Quentin, Ross covered three Bay Area people who come inside the prison to aid education and rehabilitation.

Ross, currently enrolled in the prison’s college program, has two stories in the making, The Chef of San Quentin, and little-known facts about incarcerated Native Americans.

Scott said Preparing for Parole gave the public first-hand information on an inmate’s preparation to meet the “life with possibility of parole” criterion or what it’s like to have the governor reject a parole recommendation by the board.

“The listeners learn the trials and tribulations that a person goes through in order to get a date,” Scott said. “After hearing about these individuals, it should be no doubt that a person who gets a date is rehabilitated. The board ensures that.”

Scott has also received two awards from the San Francisco Press Club. Most recently he was recognized for his story about incarcerated veterans’ take on athletes taking a knee during the national anthem.

Eskridge said Innocent Man is the 19-year struggle for freedom by Guy Miles. Miles got a break when the man responsible for the crime he was convicted of came to the same prison as he. The guilty man was remorseful, had his regrets, and then gave sworn testimony to the Innocence Project that exonerated Miles.

“I wanted to shine a brighter light on the justice system, its flaws, and lack of regard for a certain class of people in the courtroom,” Eskridge said. “This also hits home, because I am factually innocent of one of the charges against me. The story shows how people must be resilient and stay hopeful that the system would turn around.”

Voting Rights for California Prisoners is Eskridge’s next story. 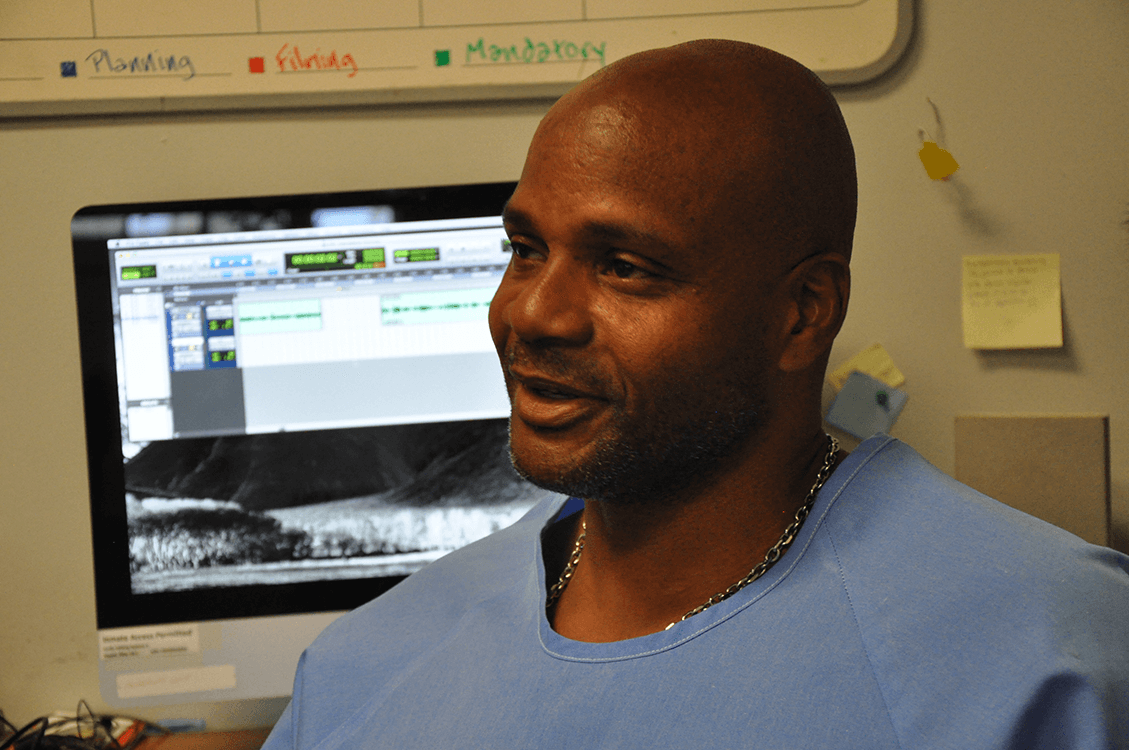 “Voting will give incarcerated men and women a voice that would make them feel connected to society,” Eskridge said. “Laws affect prisoners as well, so prisoners should have a say-so in the way the world is moving.”

Kevin Carey assists in the sound design, video editing, and processing of their stories to the outside world.

“The work I do here has more of an impact on society than if I took my skills to an advertising company,” Carey said, explaining why he comes to San Quentin.

“The public needs to find out what’s happening in prisons from their perspective,” Carey said. “My experience with restorative justice and programs in San Quentin that connect the men to their humanity sets examples of how society should act.”