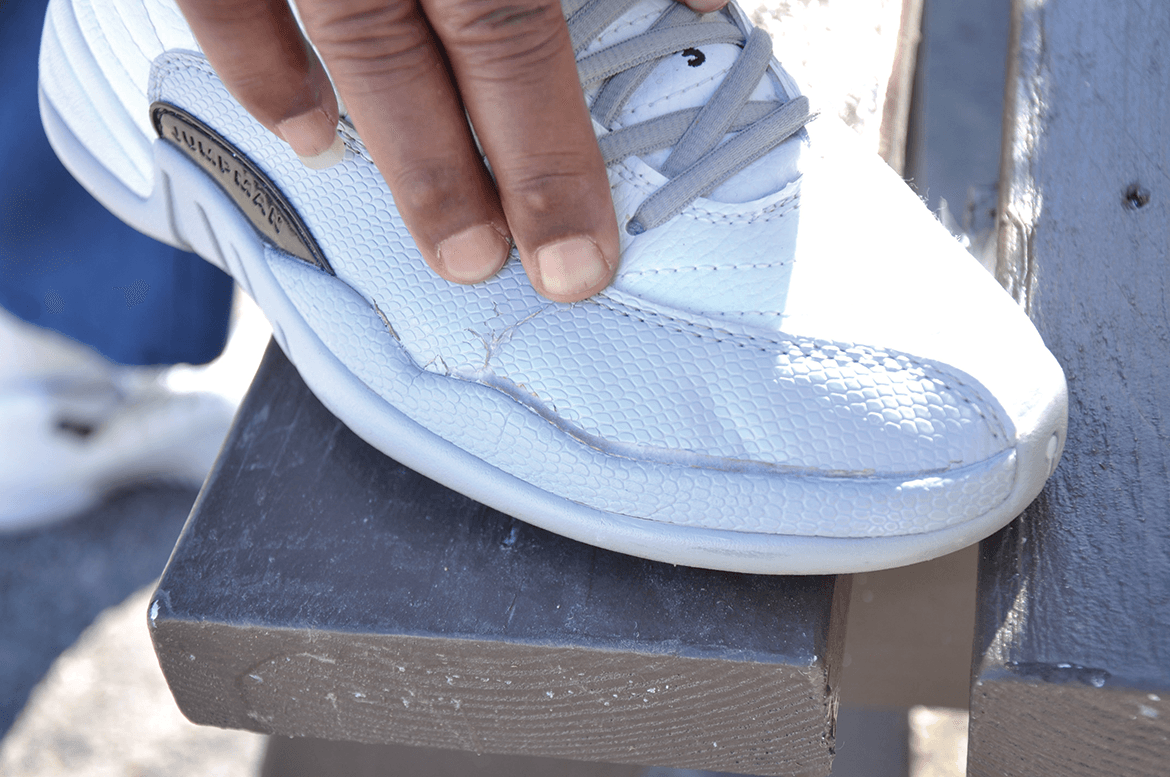 Inmate consumers have reported that two sneakers sold through prison package vendors were poorly made and not worth their hard-earned money – Phat Farm Prism from Access SecurePak and Air Jordan 12 Retros from Just Right Packages.

Phat Farm Prism has a design flaw that causes mere walking to crack open the bottom of the “court shoes,” according to five different inmates who bought the shoes. The sneakers have a hollow area between the rubber bottom and its interior cushion making stepping on a pebble likely to poke a hole in the sole.

The defective sneakers remain in the 2018 Access SecurePak catalog.

Incarcerated men Carl Price, Daryl Ferris, Timothy Young, Steve Owens and several others reported holes and cracks after barely owning the sneakers a month. I had a similar experience with the same model sneakers purchased in 2014.

Access was contacted by San Quentin News in July 2017 about the design flaw.

Access responded, “I received your letter. I will alert our management to your concerns. However, I cannot refund or credit your account for shoes received over three years previously,” Monica-Access Securepak wrote.

We replied, forget about a refund, just stop selling the defective sneakers. Yet the 2018 Access Securepak catalog once again has the sneakers for sale, now at a lower price.

Just Right Packages sells “Air Jordan Retros 12,” a pair of sneakers many men on the yard have found are worthless. The sneakers reportedly rip along the side during normal usage and probably wouldn’t survive a game of basketball.

“A month after I got them, they started falling apart,” Anthony Smith said. “I just walked around in them, and they ripped. I don’t believe they’re real ‘Jordans.’ Real Jordans have the 23 a little lower.”

Al Jefferson added, “They (Just Right) worked me. The sneakers ripped after I had them just two days.”

Maybe you get what you pay for. The Retro 12s from Just Right cost $75 – plus you have to spend at least another $75 with the company. Jordan Retro 12 in society cost about $180 according to Smith.

“Don’t buy these; they’re a waste of money,” Smith added.