In June 2016, I became the editor-in-chief of San Quentin News.

I never thought I would be editor-in-chief of anything, but being able to work with San Quentin News staff gave me the courage to move forward.

John Wilkerson, the print shop instructor when San Quentin News was revived in 2008, taught me how to better myself. He is the reason why I believe in being independent instead of dependent. 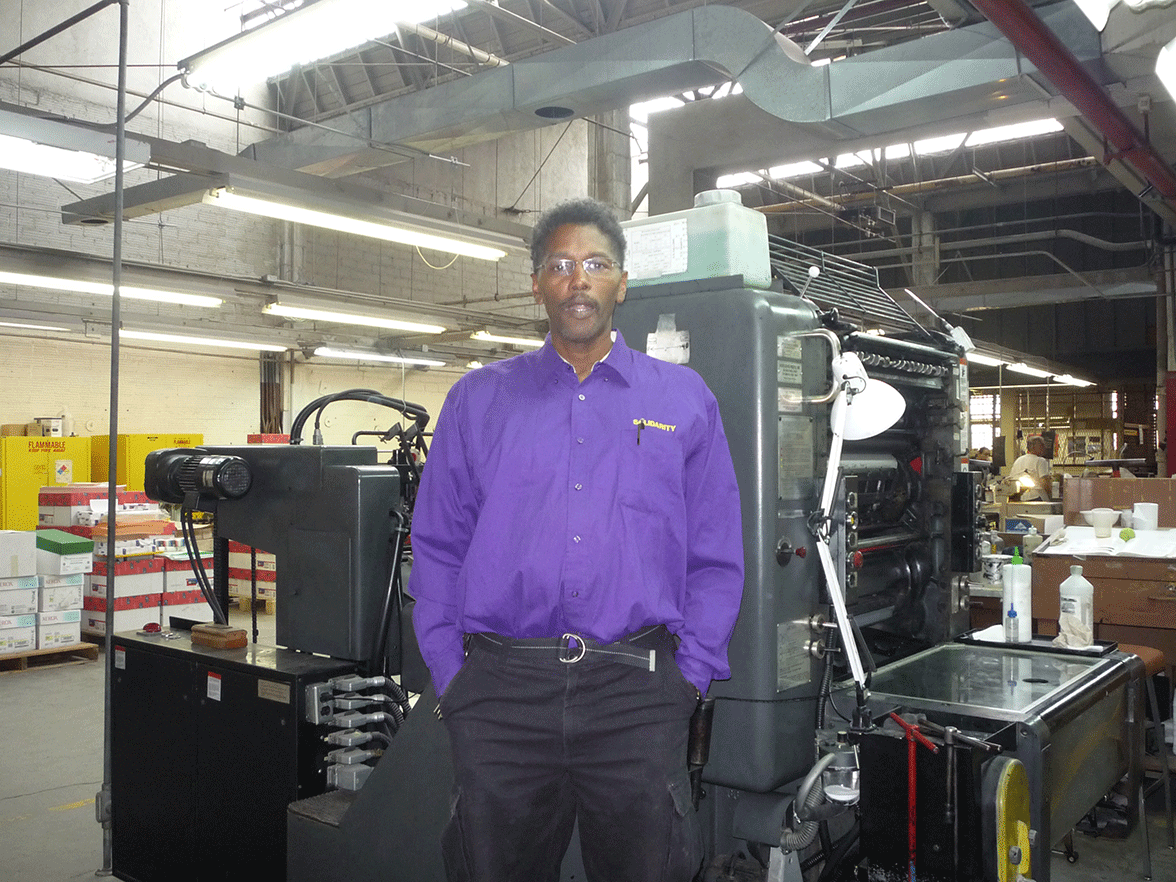 When I began working in the print shop, I was hesitant because of the stories floating around about a guy who chopped his fingers in a paper cutter.

As I walked around the old printing press machines that were scattered throughout the shop, it seemed as if the cutter was staring me down like fresh meat.

The cutter had this “Caution” tape on it as if it was a crime scene.

When Wilkerson took the tape off and turned on the cutter, everybody in the shop stopped what they were doing because it sounded like a jet engine exploded.

When the blade hit the table, the ground shook.

One day Wilkerson guided me over to the cutter and said, “I’m going to show you how the paper cutter works.”

As he was explaining to me what to do and what not to do, he was also telling me about the guy who chopped his fingers up and pointed to the spot where the blood stained the area.

He stepped back from the cutter and said “start cutting.” I was so scared that I couldn’t remember anything he said after “blood shot over there.”

But despite the many hours and days of building up the courage to cut paper, before long I was cutting every paper in the shop. 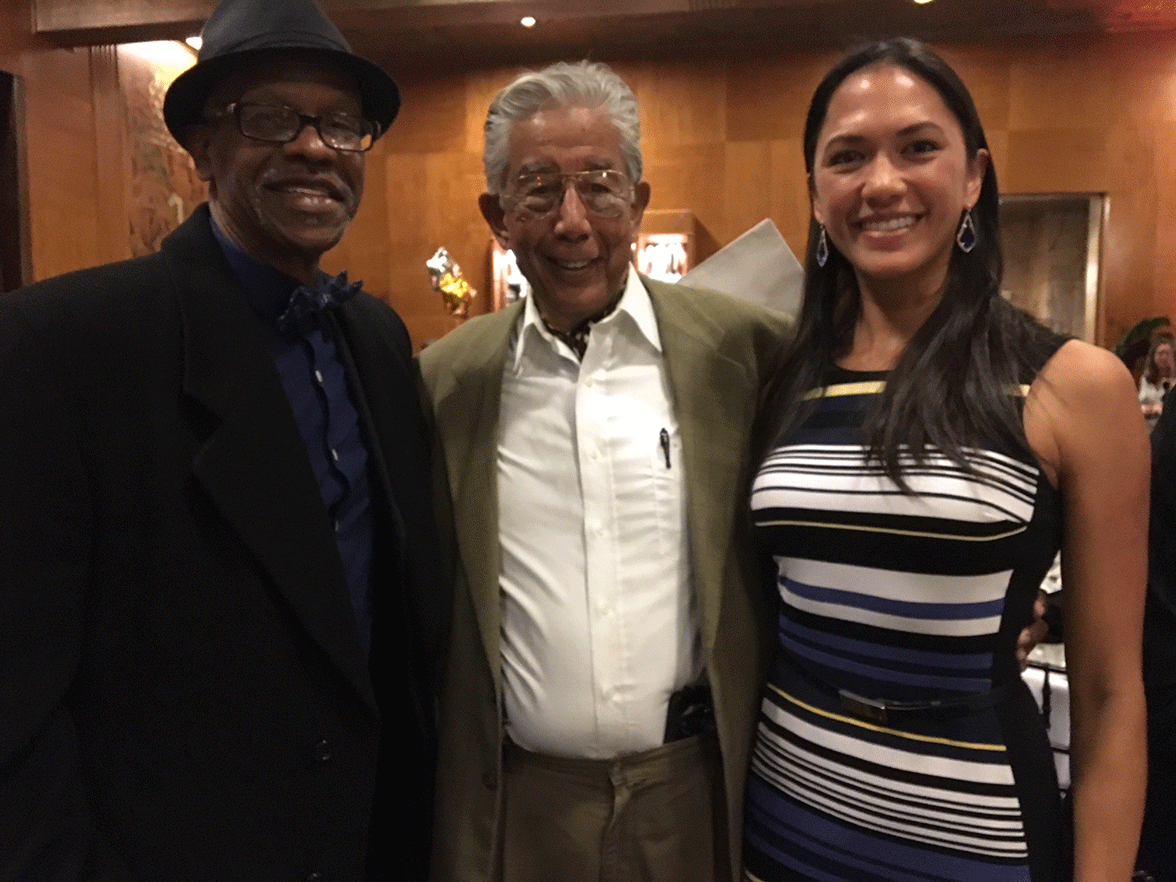 While helping Wilkerson print the San Quentin newspapers, the phone rang. He looked at me and said, “Watch the paper and make sure it don’t get jammed in the machine.”

I knew how important this job was, so I was a little nervous. When the paper jammed in the machine my heart stopped. I could see Wilkerson look up from behind his desk at me because the machine makes this loud noise, like a car crash, before it cuts off. 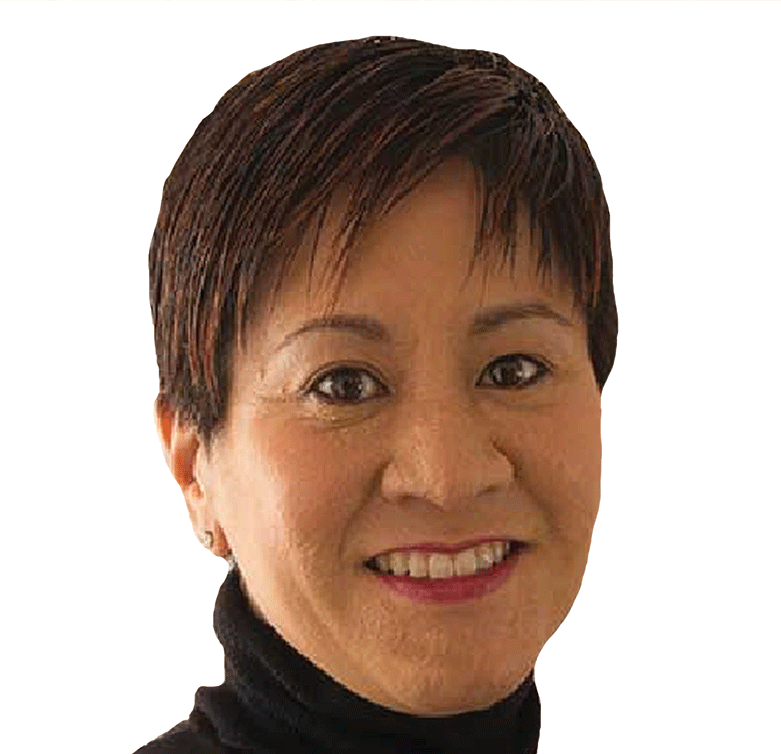 I froze and was confused; he gave me this long look as if to say, “Well, fix it.” I began replicating what I had watched Wilkerson do so often. Before long, I had the machine back up and running.

When I overcame those barriers of doubting myself, I felt the strength of being able to achieve something I never thought was possible.

Another skill I learned came from Aly Tamboura.

He taught me how to lay out and design the San Quentin newspaper using Adobe Creative Suite 3. When they transferred him to an out-of-state prison, I had to remember what he taught me and put it to good use.

Designing and laying out the newspaper can be very tedious and overwhelming at times, but one thing you learn in prison is how to be patient … even when everyone on the staff wants to change their story a day before the newspaper gets printed. 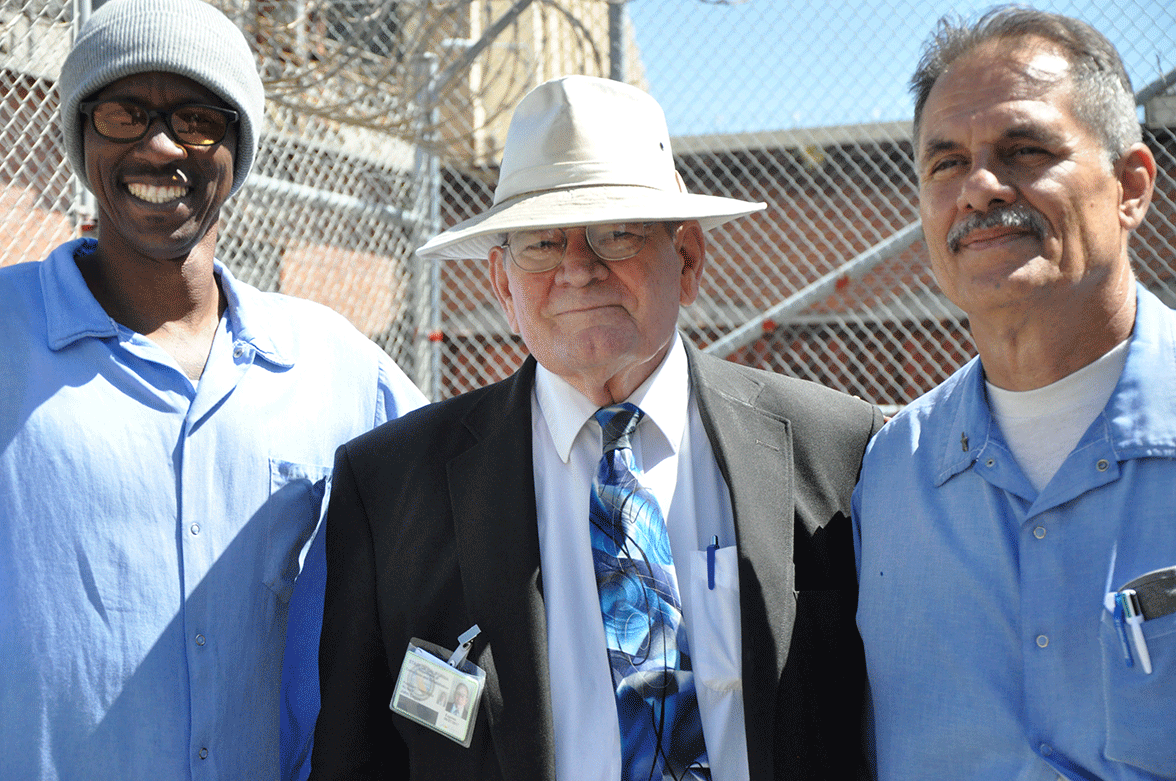 It can be very difficult trying to publish a monthly newspaper behind bars, especially when there are people with the power of authority who do not want us to succeed.

When the San Quentin News was suspended for 45 days in 2014 for something that should not have happened, we realized the importance of our job.

On Aug. 1, 2017, San Quentin was locked down for 20 days. When we resumed our normal schedule, the San Quentin News room had been searched and almost everything was confiscated, including our computers.

For two months, the San Quentin News worked to produce a newspaper with only one computer and we still managed to produce the next issue on time.

Overcoming obstacles isn’t new to San Quentin News because we have always found ways to achieve our goal for the greater good.

Our goal is to report on rehabilitative efforts to increase public safety and achieve social justice.

I always listen to the San Quentin News advisers when they have advice to offer. My biggest challenge now is to gather up everything I have learned from Arnulfo Garcia, Kenny Brydon, Michael Harris, Malik Harris and Aly Tamboura and offer it to the prison population, where they can benefit from what San Quentin News can provide.