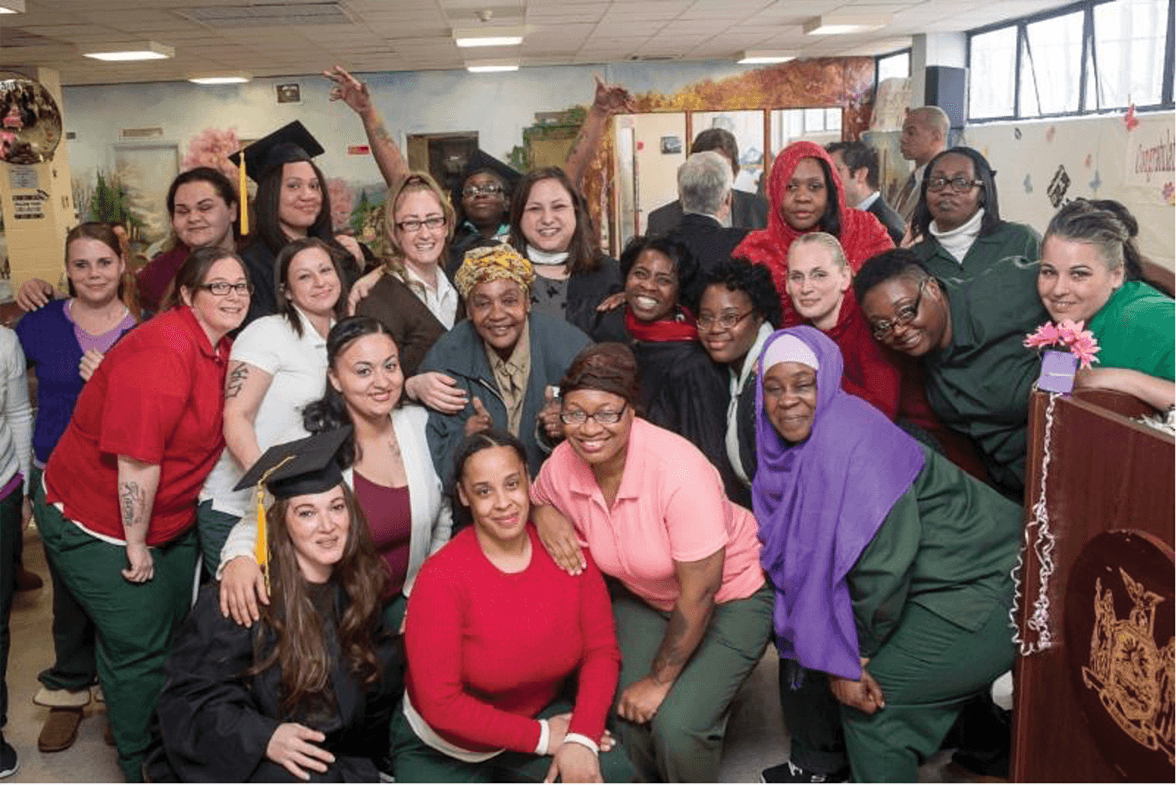 Incarcerated women made history when they graduated for the first time from a prison college program in New York state.

Five women prisoners and one formerly incarcerated woman at the Taconic Correctional Facility received their associate degrees bestowed by Hudson Link for Higher Education in Prison.

The program is a partnership with Nyack College in New York.

“We could not be prouder of the six graduates and the 37 women still pursuing their degrees,” said Sean Pica, Hudson Link’s executive director, according to a press release.

The Jan. 24 ceremony marked Hudson Link’s first time ever adding women to a roster of more than 500 male prisoners who have graduated from the college program in six different New York state prisons.

“This experience was amazing,” said Shelly. (Her last name was not released). She returned to the prison to receive her degree after she paroled. She couldn’t miss the opportunity to walk with her class, she said

Shelly was greeted with hugs and smiles from classmates and Taconic staff, said Todd Young, Hudson Link’s alumni coordinator, adding that this was the first time a graduate returned to Taconic after release.

Shelly said that she was proud of herself for having the courage to go back in. “Hudson Link gives me motivation to keep on striving. This is not the end for me, and I will not stop here. My daughter was so proud of me!” 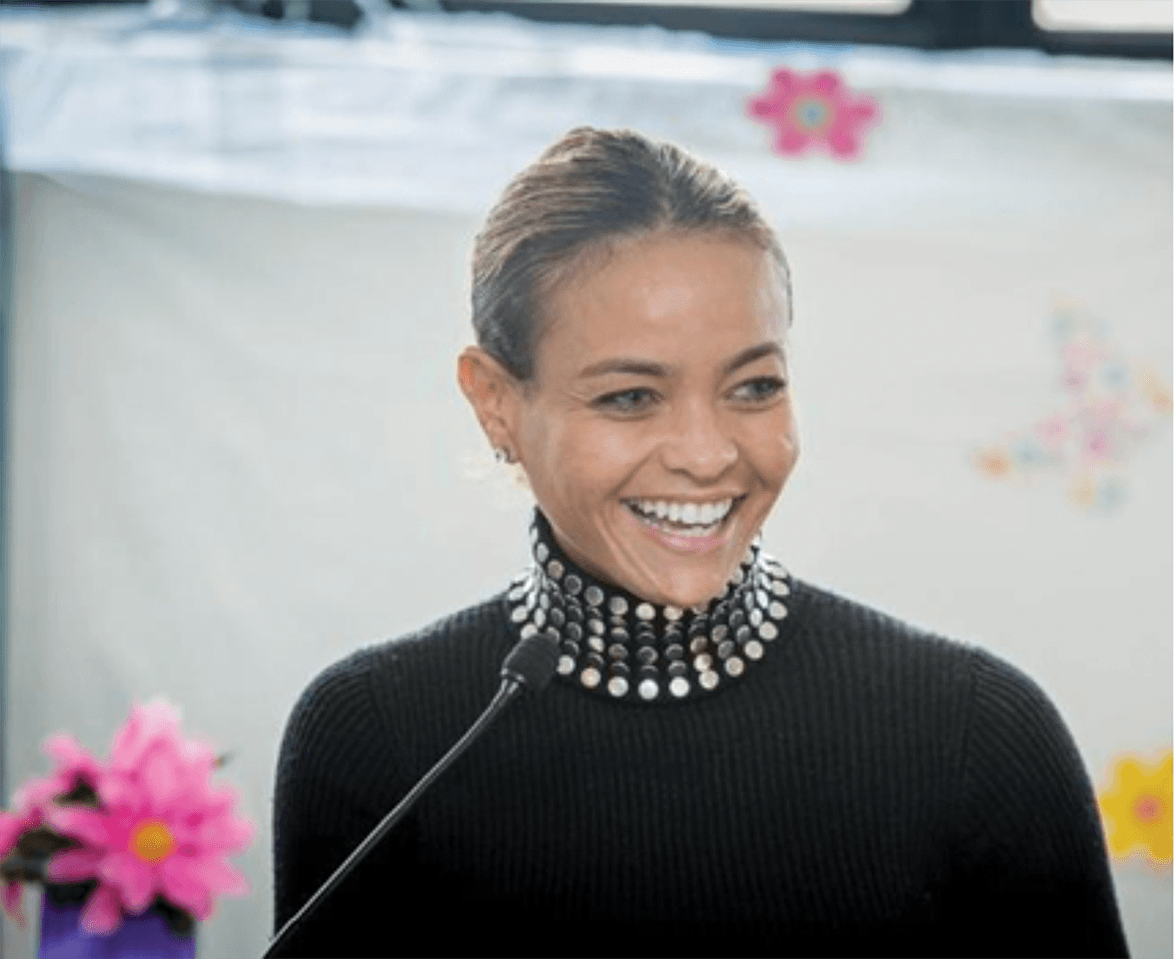 In her keynote speech, Grammy-winning singer and songwriter Starshell wished the graduates a “happy birthday,” comparing their achievement to a rebirth, according to Hudson Link.

Starshell, who has worked with recording stars Kanye West and Jennifer Lopez, encouraged the women to look forward to their future achievements as if it was their first day on Earth.

Families and friends beamed with pride as Nyack College President Dr. Michael Scales passed out the degrees to the graduates. 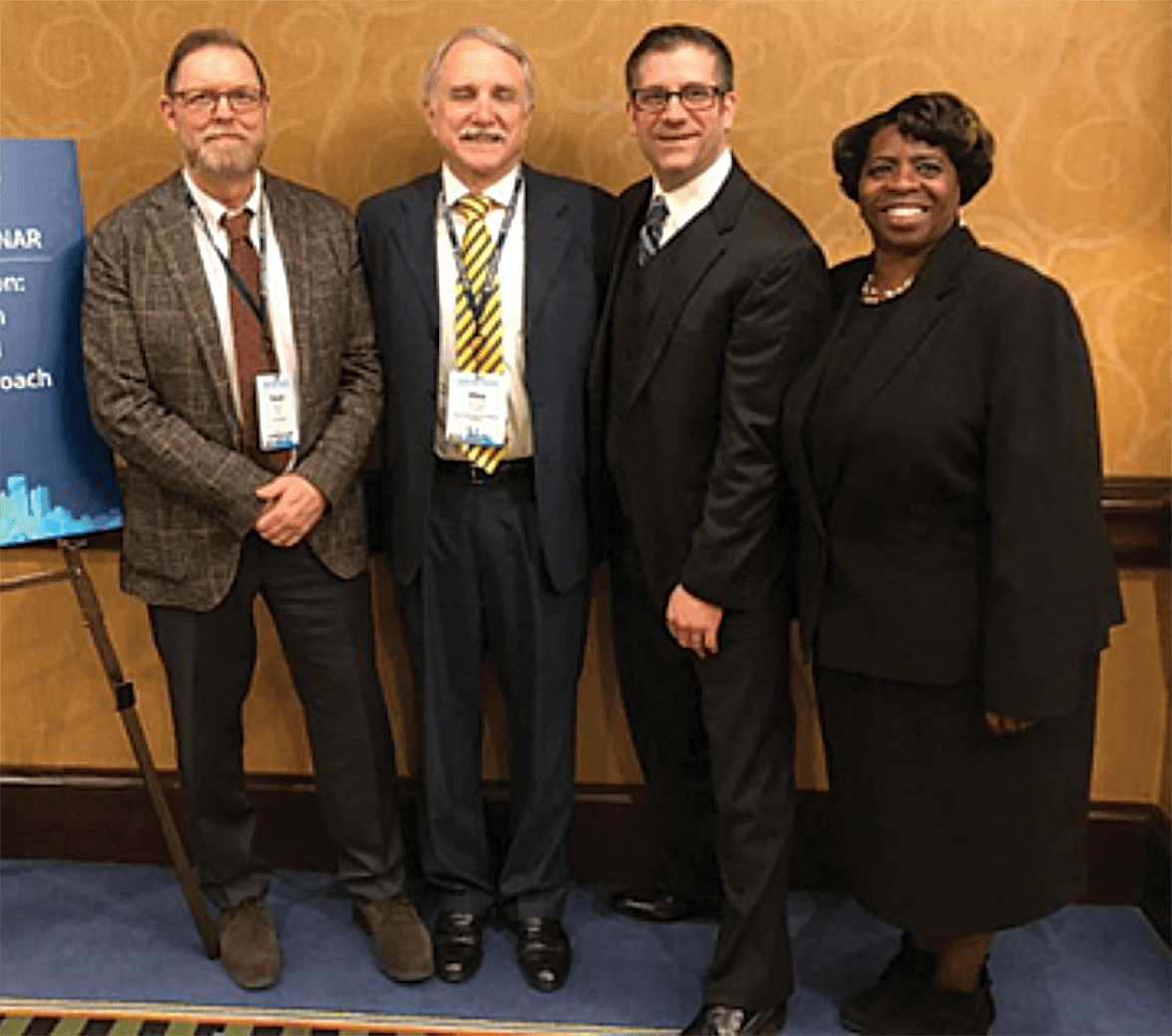 “We know that this is only the first of many graduation ceremonies to come for our Taconic students,” said Pica. “And we are looking forward to every single one. Congratulations again to the class.”

After reaching this milestone Hudson Link is set to celebrate its 20th anniversary this spring.

Hudson Link has come a long way since Pica and John Valverde founded it inside the notorious Sing Sing prison in Ossioning, NY. Throughout their years of freedom, the two formerly incarcerated men have built organizations and businesses that employ former inmates, both men and women.

Pica took over Hudson Link and grew the program to where it is now, adding prisons and creating an Alumni Services Program,  re-entry services, mentoring and internship opportunities for the formerly incarcerated.

Valverde will receive the 2018 Brian S. Fischer Achievement Award, presented each year to a formerly incarcerated leader. He is the first formerly incarcerated Chief Executive Officer (CEO) of YouthBuildUSA, an organization with a wide network of programs aimed at helping young low-income dropouts. Countless young people have benefited from the career and education opportunities he has created, according to Hudson Link staff.

The staff  has been traveling around the country advocating for prison college programs. Last year staff members attended the Seventh Annual National Conference on Higher Education in Prison along with San Quentin’s Prison University Project.

Pica spoke at the 2018 International Forum of the Council for Christian Colleges & Universities in Dallas, TX alongside Cynthia Dorsey, Nyack College adjunct professor.

The session was dedicated to the role of Christian colleges in prison education. The workshop covered various topics such as program development and effective partnership with corrections departments. They also touched on the role of technology in the prison classroom.

“Hudson Link gives me motivation to keep on striving. This is not the end for me, and I will not stop here. My daughter was so proud of me”

“As we head into our organization’s 20th year, it feels amazing to sit with others who are as passionate as we are about doing this work,” said Pica. “I am always grateful for the opportunity to learn more about the success of our partners around the country.”

Cruceta said that he identifies with the situation their students are in: “I think being a graduate myself will allow me to demonstrate the opportunities available through education. Hudson Link changed my life both in and outside the correctional facility and I’m living proof of what this program can do.”

Acting Commissioner Anthony Annucci, Taconic Superintendent Tanya Mitchell-Voyd, and Director of Education Emily Bessette offered congratulations, as they spoke about the students’ achievements. Representatives from the Department of Corrections and Community Supervision were also in attendance.