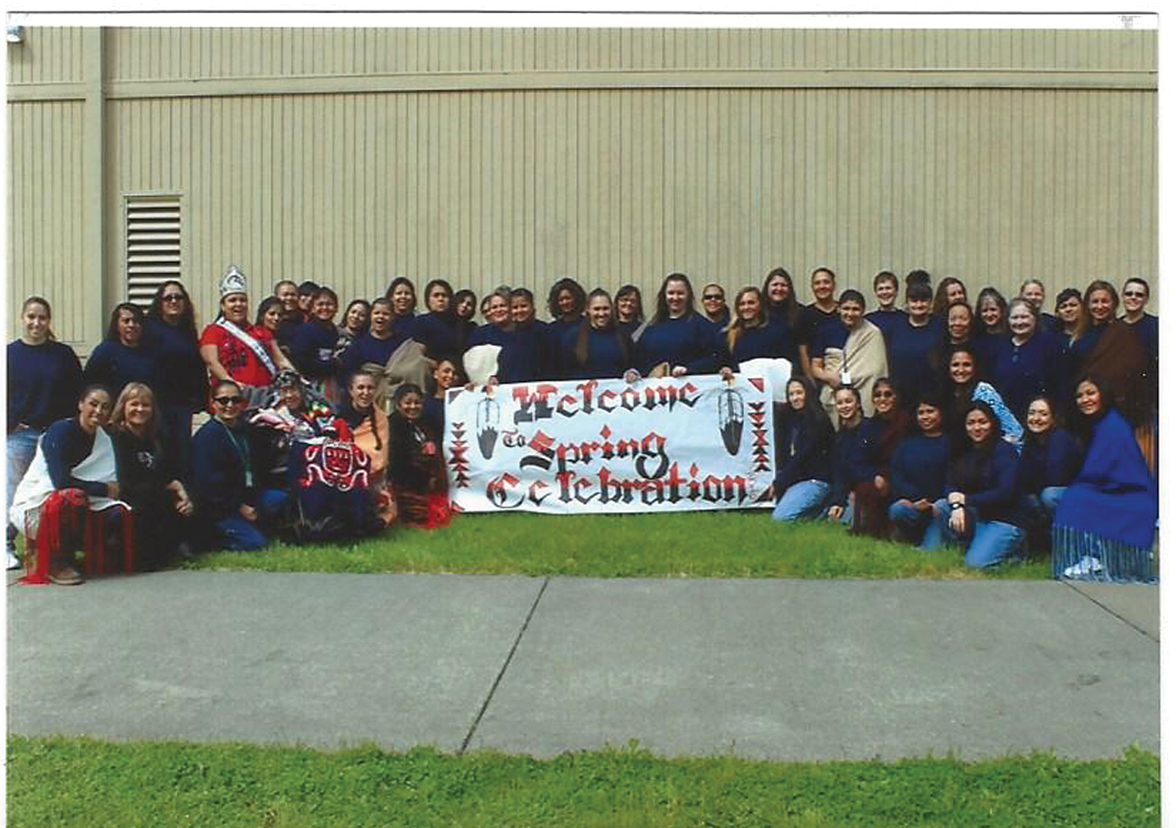 Native women celebrating centuries of accomplishments, pride and their heritage

Native American women prisoners in Oregon are finding support from a dedicated and determined advocate helping them rebuild their lives and spirituality.
“Women are the backbone of our nation and if we don’t take care of them or help them to heal, it continues that cycle of poverty, incarceration, trauma and addiction,” Trish Jordan, executive director of Red Lodge Transition Center for Women, told the San Quentin News.
In Oregon, Native women are 7 to 8 percent of the state prison population and men are 4 to 5 percent of the state prison population, but Native people are only 1.8 percent of the state’s population.
Jordan said that practicing Native culture daily will bring healing to their tribal nations, which are affected disproportionately by incarceration.
Jordan is from the Creek Nation, is a registered nurse and has worked with women in prison for 18 years.
“I’m a sun dancer. I’m a pipe carrier. I have a responsibility to my people,” Jordan said. “I talked to my elders, and I thought, I can give up one day a month to volunteer.”
Jordan started volunteering at one of the Eastern Oregon women facilities, where she began conducting sweat lodge ceremonies for the women.
“The facility made it very uncomfortable for us to do what we were doing,” Jordan said. “That made me that more determined.”
For the women prisoners’ annual religious ceremony, Jordan had to fight the administration to have traditional sacred foods served, she said. Since Native Americans traditional sacred foods were not USDA approved, the state Department of Correction (DOC) didn’t want to allow it in.
“I said to them, ‘These women need to be fed spiritually,’” Jordan said. “I kept asking them about it. This is our religious freedom; we know how to serve our food.”
It took her four years before the food was finally allowed. Jordan had to sign a waiver. Then she got the community involved to get deer, fish and four sacred foods of the Plateau tribe.
“All these foods have their own ceremony and order that they’re supposed to go in,” Jordan said. “It’s essential to us as native people, and without our food we don’t have much of a ceremony.”
At the ceremony, the women performed a seven drum ritual with the four sacred foods. The drums represent the heartbeat of the people, and each dance step represents a prayer.
“We’re able to teach culture and Native American spirituality at the same time,” Jordan said.
After providing services in prison, Jordan saw the need to help the women transition back into society and establish a re-entry home.
“Women were saying to me, ‘I’m getting out soon. I don’t know where I’m going to go,’” Jordan added. “All of them had experienced violence [or] sexual assault and prison is its own trauma.”
“We made a commitment and we asked, “where do we start?,” Jordan said. “It was so huge. Women are more vulnerable with less resources.”
Jordan started the non-profit and received a little seed money to begin. They held a Native American Prison Art Project that raised additional money for a down payment on a house.
The traveling art show had more than 360 pieces of art donated since 2007.
“We ask the artists to sign the copyrights over to us, so we could make cards, calendars and prints,” Jordan said. “All of the proceeds went towards the women’s transition center.”
The center provides a sweat lodge twice a month, and teaches life and computer skills. The women make huckleberry jam and learn how to take care of the sacred foods.
Jordan’s focus is to provide the women a safe place to live and not return to violent and addictive environments. There is no time limit for the women to leave the home. To get them a job and help them stay clean and sober is time-consuming.
“We’re trying to get these women into permanent housing; that’s really hard,” Jordan said. “It sometimes takes a year. Rent is super expensive.”
But Jordan remains undeterred. She successfully carried out negotiations with the corrections department and the county to establish the home.
“You have to be persistent. It’s social justice work, really,” she said. “People deserve to be treated humanely.”
–Kate Wolffe contributed to this story.
Those who want to learn more about Red Lodge or how to get involved:
Visit its web site (www.redlodgetransition.org)

Reflecting on being a mother and parent