A national study shows that between 1970 and 2013 the number of people held in jail before their case was resolved increased at a rate of 436 percent. The 2017 Vera Institute of Justice study “Out of Sight: The Growth of Jails in Rural America” also shows that a growing number of rural counties are renting out jail space for federal and state prisoners and prisoners from neighboring counties. 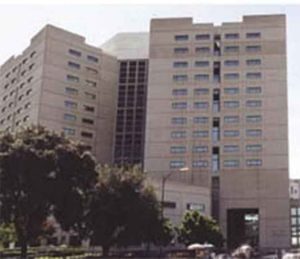 Generally, rural counties have fewer dollars to spend on services that can keep people out of jail, such as substance abuse or mental health treatment. That leaves jail as the only choice. In addition, the nationwide problem of prison overcrowding creates a financial incentive for rural counties to build more jails and rent out the extra space.

Rural counties build jails as an income stream generated by per-diem payments for each person they board in from other systems. Such payments run anywhere from $25 to $169 per person.

In 2014, more than 30 percent of people incarcerated in jails located in Arkansas, Idaho, Kentucky, Louisiana, Mississippi, Montana, New Mexico, Utah, Washington and West Virginia were held for other authorities.

Law enforcement who choose to arrest, release or book people into jail;

Prosecutors who determine whether and how to charge people or whether to divert them from prosecution;

Judges, magistrates or bail commissioners who decide to detain or release people pretrial and under what conditions; and

Jail administrators or county politicians who decide to enter into contracts with other authorities to board in people from outside their jurisdiction (or board out people to other jurisdictions).

Nationwide, crime rates are historically low in all offense categories.

Between 2004 and 2014, the number of women in jail increased 43 percent in rural counties and 29 percent in small and medium metros, while it declined 6 percent in urban counties.

The study notes that most rural jails are very small. However, when adding up the inmate populations of the nearly 2,000 rural county jails across the nation, understanding rural jail growth is an important part in understanding mass incarceration.

PPI’s “Correctional Control: Incarceration and Supervision by State” issued on June 1, is the first report to aggregate data on all types of correctional control nationwide. https://www.prisonpolicy.org/reports/50statepie.html
https://sanquentinnews.com/overcrowding-in-county-jails-changes-bail-practices/