The big day arrives. The number one lieutenant is retiring from San Quentin State Prison.

Watch Commander Lt. Ceracedes greets him from his office, “Hey Donald…this…is it…the final one!” Graham smiles. “Yeah…this is it, Buddy,” he says before sitting down in a chair.

The lieutenants chat about the activities of the night before and discuss the current day’s events. After a few laughs, Graham gathers his lunch bag and jacket and leaves the Watch Commander’s Office.

He untangles his keys before inserting one into the Assignment Office’s door and unlocking it for what is to be his last time as the Assignment Lieutenant.

The phone rings as he enters. He hurries to place his lunch and jacket on a desk and answers the phone. “Graham,” he says, starting off his day of solving problems. Shortly after, Jonathan Castillo walks in and greets him as he hangs up. They chitchat about the daily assignments and reports and discuss the ducats to sort out.

Approximately 30 minutes later, Lt. T. Millender says, “Graham, I need your keys.” And without hesitation, he takes the department’s keys off his personal key ring and hands them over to her.

After working 42 years at the institution, he’s retiring.

When asked how it feels knowing this is the last time he will use the keys, he reflects for a moment and says, “…I think it’s finally setting in.”

It’s been a good tour of duty for the former Air Force veteran and college graduate turned correctional officer, sergeant and lieutenant. “I’ve really been blessed,” he says.

Graham has been unlike many other correctional officers. While some try to keep their distance from inmates, he has been approachable. If an inmate needed a new job assignment, Graham would do his best to arrange it. If they wanted to get into a vocation, he’d help. Education, same thing. He even sat with inmates in the chow hall just to answer questions. 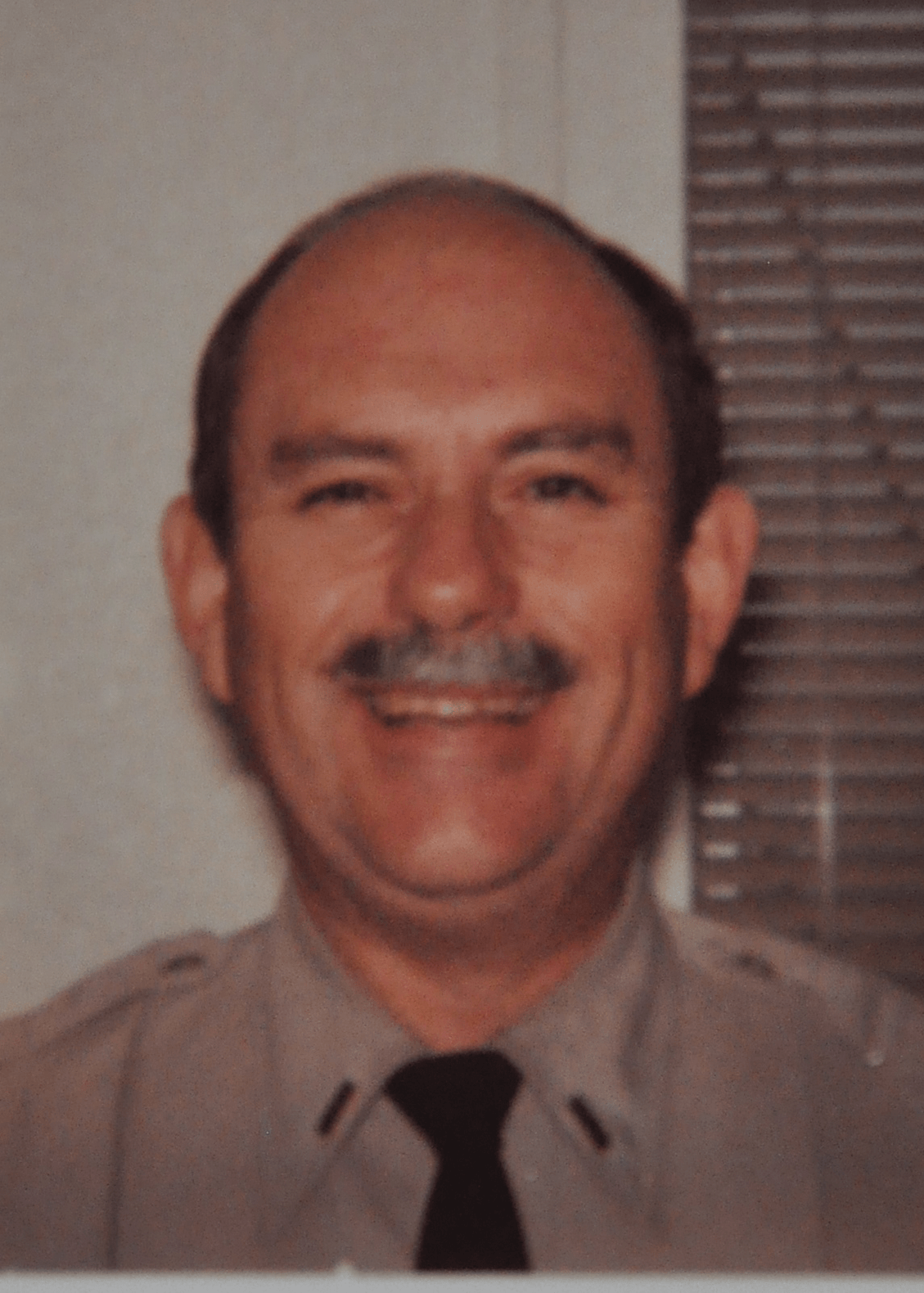 For many CDCR employees, retirement marks the beginning of a whole new life. Graham is no different. There are a few things he wants to spend time on, but duck hunting before the season ends in January will be number one on the agenda.

Starting in April 2018, he and his wife will visit Japan and the Philippines. They’ll spend a month visiting with her family and friends, and in the summer “spend some time in Cabo, Mexico,” he says, smiling.

“Traveling is fun for a while but I’ve been working most of my life. I really don’t want to stop. There is plenty of work out there though,” he says. Graham recently spoke with Jill Brown, former warden at San Quentin, about working with her part-time, two to three times a week, in a transitional housing program in Alameda County. “I’ll only be answering phones, simple stuff like that.”

But his desire to work will compete with other possibilities. He’s beginning to find the role of grandfather interesting. “I mean, I have to try it for a while,” he says. “I’ll get a Labrador puppy for me and the kids.”

With all of this extra time on his hands, besides duck hunting, he plans to spend time fly fishing and playing slot machines. “I enjoy the casinos,” he admits.

Looking back over 42 years with the department, Graham shares some of his memories and experiences as a correctional employee.

He explains that the department once had a “Temporary Community Release” program that allowed an inmate to attend an outside-sponsored event. Correctional staff escorted the inmate.

“I volunteered for this assignment because I liked the idea of giving them the opportunity to experience meeting people from their communities,” Graham says. “I liked the public-relations part because it gave a different impression of San Quentin.” As part of this release program, Graham escorted inmates to funerals when a family member died. 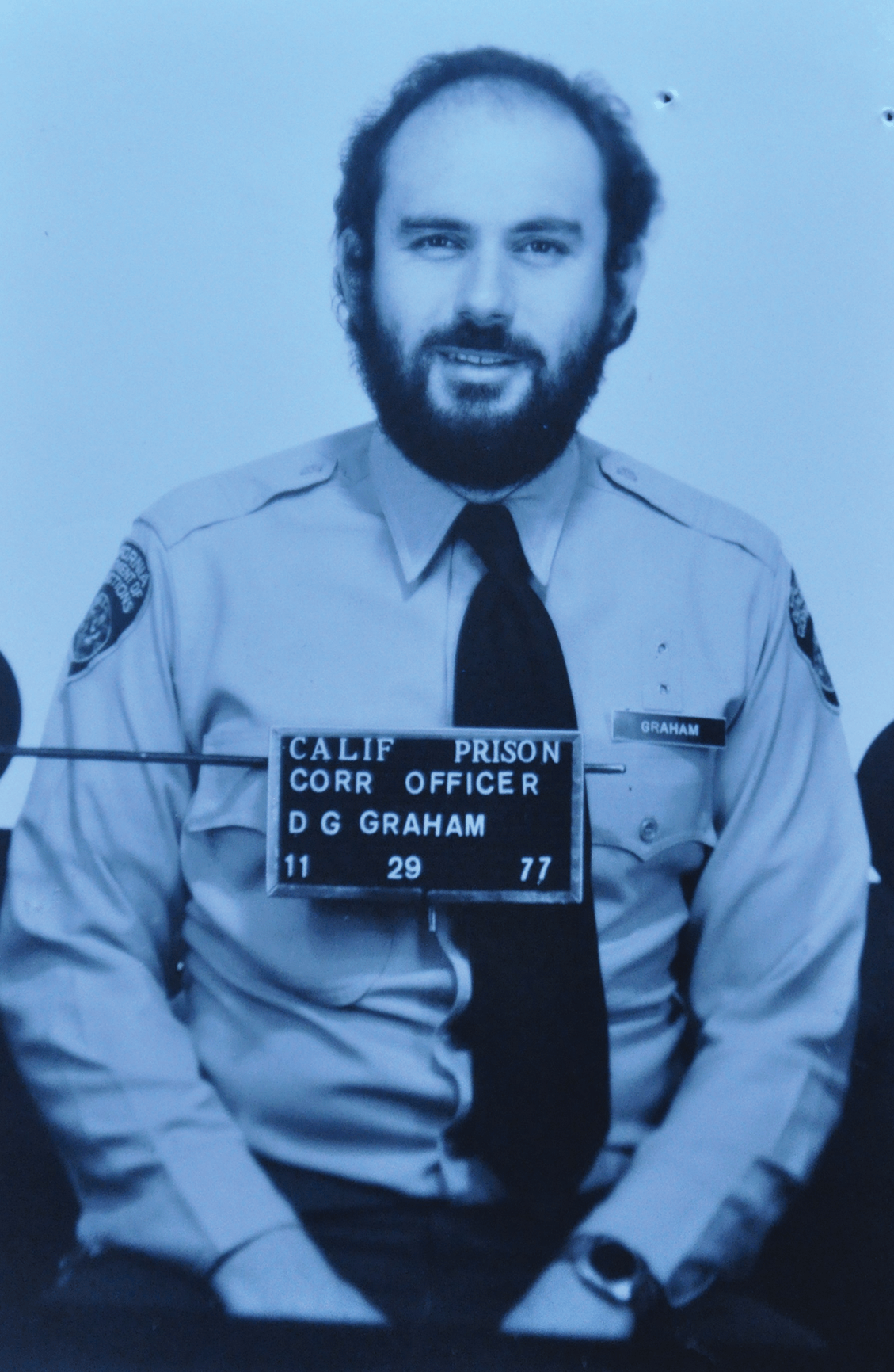 Graham says one of his more hilarious experiences occurred when an inmate dressed up like a woman and tried to escape from the visiting area. But a transgender inmate recognized “something unusual about the escapee’s physical appearance” and immediately notified staff. The escapee was detained and rearrested.

When pressed to talk about one of the darkest moments at the prison, he deliberates for a moment, puts a hand on his chin, and looks at the ceiling: “There were a lot in the ’70s and ’80s,” he says.

In 1985, Sergeant Hal Burchfield had been working Carson’s First Watch and was walking alone on a tier talking with inmates about the lockdown they had been placed on after a racial incident between the Blacks and Hispanics. “He was that kind of guy…always concerned about the inmates,” Graham says.

When Sergeant Burchfield reached the middle of the tier, he stopped to talk to an inmate who then stabbed him a number of times. “Hal staggered down the tier, collapsed and died before he got to the door to call for help,” Graham recalls. “He was a good guy, one of my best friends, I was a pallbearer at his funeral.”

Graham moved through the ranks quickly, was promoted to sergeant after seven years, and made lieutenant in ’86. He says he had “good times” at San Quentin. “I never wanted to promote to captain. Back then, captains had a lot more administrative responsibilities. I liked working with the general population and correctional staff. I like problem solving.”

“I’m going to miss him” says Ronda Wisher, administrative assistant for the associate warden. Lt. Millender, who’ll work the Assignment Office until there is a permanent replacement, says the same thing.

“Congratulations on a well-deserved retirement, I’ll miss you and the snacks in your office. Thank you for being you,” Dina Durano says.

Latrell McDaniels, one of the Assignment Office Technicians, has spent 10 years working with Graham. For all processing related to strategic offender management system and/or job assignments issues, he has relied upon her expertise. She feels like a brick has been removed from her foundation: “One of my pillars is missing,” she says.

“He’s the best example of the kind of employee CDCR needs…he brings fairness, balance and a much needed light to so much darkness; he’s such a light,” says Father George Williams, Catholic chaplain.