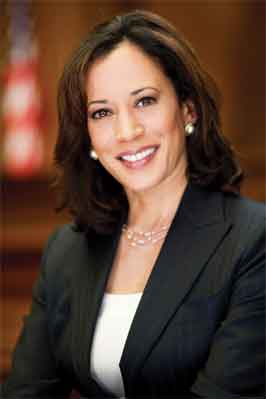 Calling the practice “unnecessary and punitive,” Harris said that solitary confinement hurts juveniles and prevents their ability to rehabilitate themselves.
“Subjecting young people to prolonged periods of isolated confinement is cruel, inhumane and counterproductive,” she said in a press release.
Harris has served two terms as District Attorney of San Francisco and led the San Francisco City Attorney’s Division on Children and Families. Last year, she created a first-of-its-kind state bureau called Bureau of Children’s Justice to safeguard children’s civil rights in education, foster care and juvenile justice. The office works with policymakers to improve outcomes for children.
According to the Attorney General’s office, the bill, SB 1143, authored by Senator Mark Leno (D-San Francisco), would limit the amount of time minors are placed in solitary confinement. It expressly bans “punitive, coercive, retaliatory” confinement as well as confinement for the convenience of the facility staff. It also forbids confinement that hurts the mental and physical health of the minor. The bill would set a “reasonable” baseline for how long juveniles are kept in solitary confinement before they are reintegrated into the general population. It did not define what that “reasonable” standard is.
“This bill will help ensure detained young people receive the rehabilitative opportunities they need to safely reintegrate into the community,” said Leno in the press release.
Harris, who has been a champion for youth rights, is also working with the children’s justice bureau she created to support eight other bills that help at-risk and high-needs children. One requires state agencies to give homeless and formerly incarcerated youth preference when hiring interns and student assistants. Another protects young people from inquiries about arrests, sealed records, or detentions that did not lead to convictions or when they have completed probation.
Visit www.stopsolitaryforkids.org or #stopsolitaryforkids for more information.