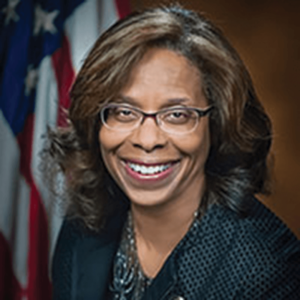 John Jay College, the leading educational institution on criminal justice in the nation, has a new president. Karol Mason, a former assistant attorney general in charge of the Office of Justice Programs under the Obama administration, took over the position in August 2017, according to The Crime Report.

Mason said that there is already a large amount of research and evaluation that demonstrates the long-term value of programs focusing on the “front end” of the justice system and helping those currently imprisoned to develop the skills for successful reintegration into society.

“Criminal justice is not something that operates in a silo,” she said. “The need for reform reflects back on other failures in other parts of the system.”

“People are (already) thinking outside their silos,” she said. “They are recognizing that the justice system is the last resort, the last response to other failures.”

Under Mason’s leadership, John Jay College will continue to be a resource for research and innovative alternatives to traditional approaches to crime and punishment. It is a branch of the publicly funded City University of New York (CUNY) with a student body of nearly 15,000.

“We’re a safe space for people to have tough conversations about justice issues,” she said.

Mason believes the critical tools for a “holistic” approach to criminal justice reform are in social services such as educational training, family counseling, substance abuse treatment, and job counseling, reported the article.

“We shouldn’t be putting people in jail for addiction,” stated Mason, commenting on the current opiate crisis.

Many jurisdictions around the country are already beginning to work with social service organizations in diversionary programs that focus on drug treatment, mental health, education and housing, reported the article.

“Many people in our criminal justice system (now) were victims first,” said Mason.

Mason plans to continue John Jay’s Prison-to-College Pipeline program, which brings students and faculty members into prisons to help to prepare those inmates who are about to be released for higher education, reported to the article.

“There’s power when you have people come together from different walks of life and different perspectives who all agree we need criminal justice reform,” Mason said.

The conference, Mason said, demonstrated a movement for change around the country, especially at state and local levels.