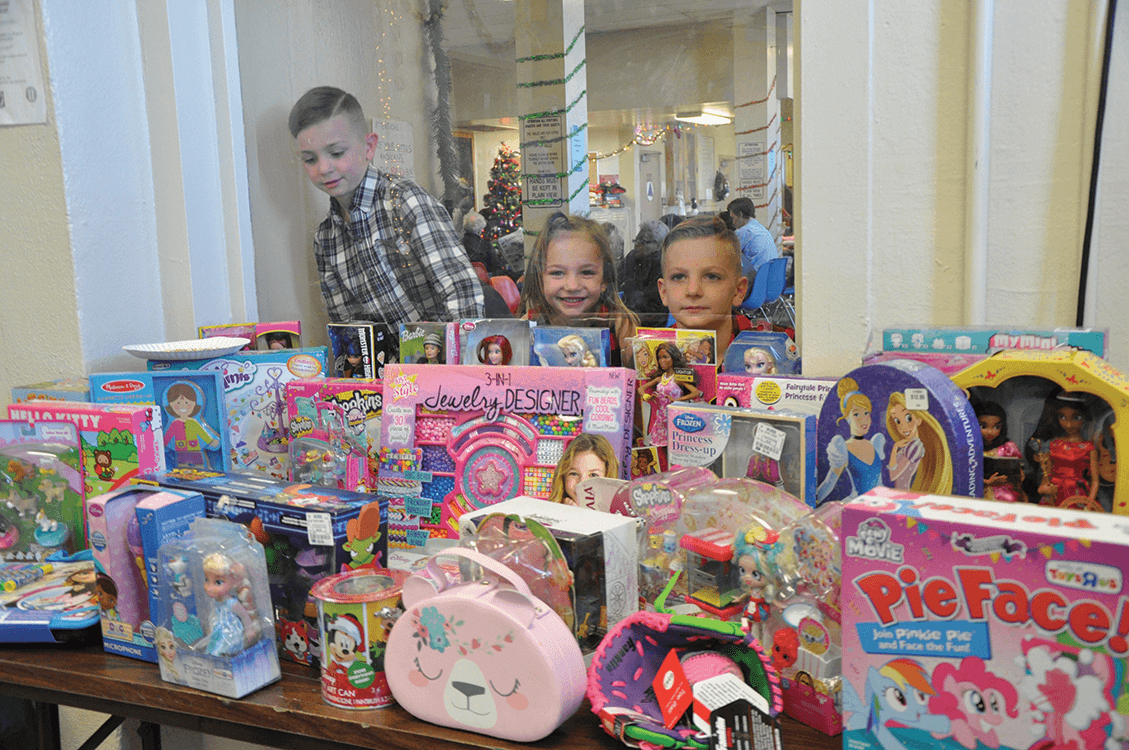 For 28 years San Quentin has participated in the Toys for Tots giveaway program sponsored by the U.S. Marine Corps with help from the Veterans Group of San Quentin (VGSQ) formerly known as Vietnam Veterans of San Quentin, according to member Gary Cooper.

On the morning of Oct. 13, members of the VGSQ assembled in the San Quentin chapel to present the $688 donation to the U.S. Marine Corps’ Toys for Tots Christmas Program representatives. The funds were proceeds from the VGSQ Food Sale on Sept. 24. VGSQ members said they had hoped for a bigger donation.

However, due to new CDCR rules, the proceeds were minimal, along with the food selection, the sponsors said. All members of the VGSQ said that being able to give money for the children to have a better Christmas was both rehabilitative and fulfilling. 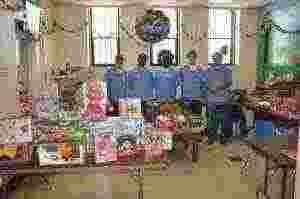 VGSQ members with the toys in the SQ visiting room

Marine Sgts. Justin E. Higgias and Kai S. Hull from the San Bruno office represented the Corps. A Q&A session was held with veterans from the different services. Both Marines had many ribbons and decorations from overseas duty, and both said they were ready and anxious for future overseas tours of duty.

The donation check was presented by VGSQ chairman Gary Cooper. Also in attendance for the presentation were M. Tenney, Veterans Group staff sponsor, and Steve Emrick, community partnership manager. Chairman Cooper then presented the Marines with an original artwork, depicting the Marine Corps Emblem (globe and anchor) surrounded by the words, “San Quentin TOYS FOR TOTS Program.” The sergeants said they would hang the painting in their Marine Corps office. San Quentin artist Bruce ‘Bru’ Fowler created the artwork and donated it to the VGSQ to give to the Marines.

San Quentin’s Toys for Tots gift giving is scheduled to take place on Dec. 17 and 18, 24 and 25 in the San Quentin Visiting Room. The Marine sergeants said they hoped they could return to participate in the event.

After the presentation, the Marines were shown around San Quentin by Veterans Group staff sponsor Tenney to view some of the artwork displayed throughout the prison.

Following the presentation, members said they enjoyed the ceremony.