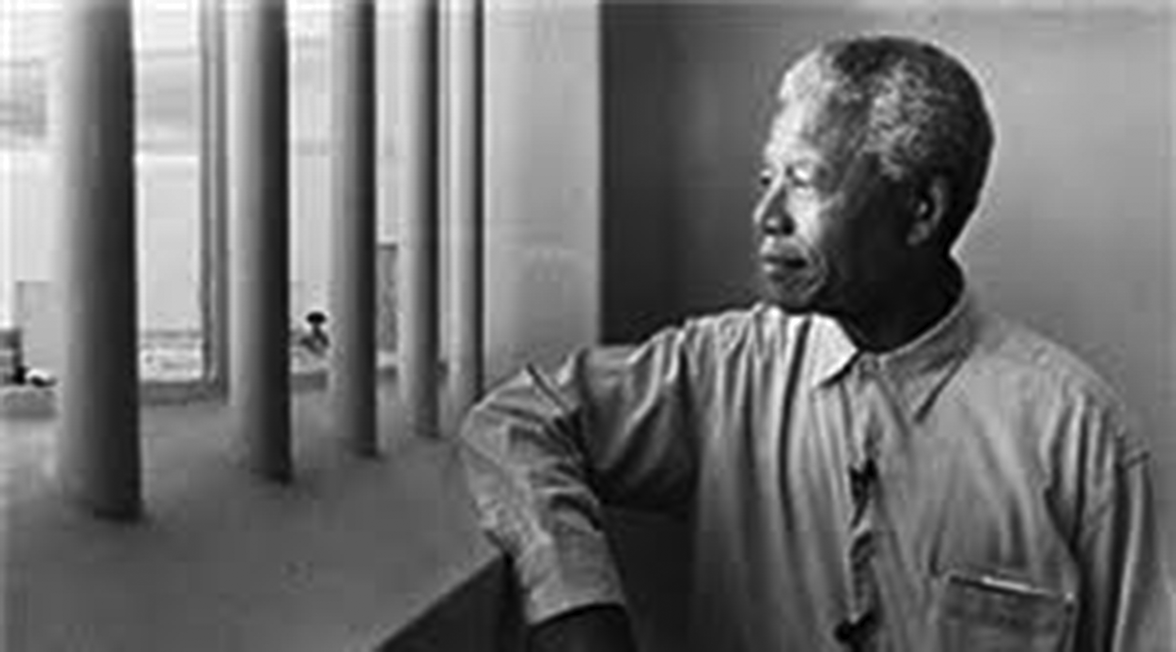 Waking up to the police knocking loudly at the door, an arrest warrant presented, the house searched and then being dragged off in front of his wife and kids, so began Nelson Mandela’s 27-year prison sentence for treason.

The late president of South Africa and Nobel Peace Prize winner would have celebrated his 100th birthday this year. Mandela was a freedom fighter whose words and actions have influenced millions of lives, a country and the world’s criminal justice system.

“It was this desire for the freedom of my people to live their lives with dignity and self-respect that animated my life, transformed a frightened young man into a bold one, that drove a law-abiding attorney to become a criminal,” wrote Mandela in his autobiography Long Walk to Freedom.

Mandela spent his early years fighting South Africa’s apartheid system of racism and inequality. He was a member of the African National Congress (ANC), a political party that opposed apartheid, and he became the head of the organization. His activism eventually led to being put on trial and jailed for his political beliefs. Facing claims that the ANC wanted to overthrow the government, Mandela and other ANC leaders were threatened with death.

After a lengthy trial, Mandela and the others were found guilty on the charge of conspiracy to commit high treason. But due to international pressure, they were sentenced to life in prison.

Mandela endured situations most prisoners encounter while serving time behind bars. He dealt with prison bureaucracy, unsanitary conditions and separation from family.

During a visit from his then-wife, Winnie Mandela, who recently died, Mandela tried to comfort and prepare her for what was to come.

“We quickly discussed family matters, especially how she would support herself and the children. I mentioned the names of friends who would help her and also clients of mine who still owed me money.

“I told her to tell the children the truth of my capture and how I would be away for a long time,” Mandela continued.

He was sent to Robben Island prison, where he spent his first year in solitary confinement for filing grievances against the prison conditions, including the quality of the food and clothing and policies relating to visits. These conditions started to change once the International Red Cross got involved.

“I found solitary confinement the most forbidding aspect of prison life,” he wrote. “But the human body has enormous capacity for adjusting to trying circumstances. I found that one can bear the unbearable if one can keep one’s spirits strong even when one’s body is being tested.”

Mandela continued to study law with the University of London through a correspondence course. He continued filing grievances on the prison conditions; he even won religious services for the prisoners.

As the years passed, Mandela had to deal with what most prisoners dread: the deaths of loved ones. He lost his mother and his eldest son.

“A mother’s death causes a man to look back on and evaluate his own life. Her difficulties, her poverty, made me question once again whether I had taken the right path,” Mandela wrote. “That was the conundrum: Had I made the right choice in putting the people’s welfare even before my own family?

“My family had not asked for or even wanted to be involved in the struggle, but my involvement penalized them,” Mandela continued.

The cries to free Mandela and ban apartheid grew as time passed. Protests even reached the shores of the U.S.

Mandela was released Feb. 11, 1990. He became the first democratically elected president of South Africa in 1994. When he died, the world mourned his passing.

In 2015, the U.N. adopted the Nelson Mandela Rules, a revised version of The Standard Minimum Rules for the Treatment of Prisoners first implemented in 1957.

The first rule is “Respect for prisoners’ inherent dignity.” It requires the prisoners be treated with due regard for their dignity and value as human beings. It prohibits torture and other cruel, inhumane or degrading treatment or punishment.

“When I walked out of prison, that was my mission to liberate the oppressed and the oppressor both,” Mandela wrote. “Some say that has now been achieved. But I know that is not the case. The truth is that we are not yet free; we have merely achieved the freedom to be free, the right not be oppressed.

For to be free is not merely to cast off one’s chains, but to live in a way that respects and enhances the freedom of others. The true test of our devotion to freedom is just beginning.”