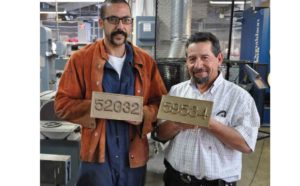 Tommy Winfrey’s life sentence is over. Nearly two decades ago he was convicted of second-degree murder with a firearm. His journey back to the streets began on May 11 when he walked out of San Quentin. The day before he left, he sat down in the San Quentin newsroom for an interview about his prison experience.

“Prison has been a part of my existence for so long,” said the mild-mannered 39-year-old. “It’s a place I grew up and built friendships and did all the normal things in life — except I couldn’t leave. You have to do it all in a space the size of a parking lot, and you spend years after years there.”

An offensive tattoo glares in the middle of his chest — it’s one of several he has — and he freely talks about them. The tattoos are the result of his early days of incarceration. He, like many young men arriving in prison, just wanted to fit in and find acceptance. But, Winfrey said, he quickly learned that kind of fitting in gives a false sense of self.

“I made some bad decisions in my life,” Winfrey said. “I was really influenced by people around me, and I felt like I had to prove myself at a young age. I think what’s different now is that I found myself in these prison walls, and I don’t have a need to prove myself like I did when I was younger. I’m not impressed by people’s outer strength anymore.”

Winfrey’s life behind bars began changing when he started reading and educating himself. After enrolling in college classes and interacting with a wide-ranging and dynamic number of personalities, his life turned around.

Richard “Bonaru” Richardson, editor-in-chief of the San Quentin News, said, “I learned from Tommy that not all things are what they appear to be. Tommy taught me how to laugh in some of the most dreadful situations I’ve faced during my incarceration.” Richardson added, “He’s very authentic. I believe there is only one Tommy Winfrey in this world.” 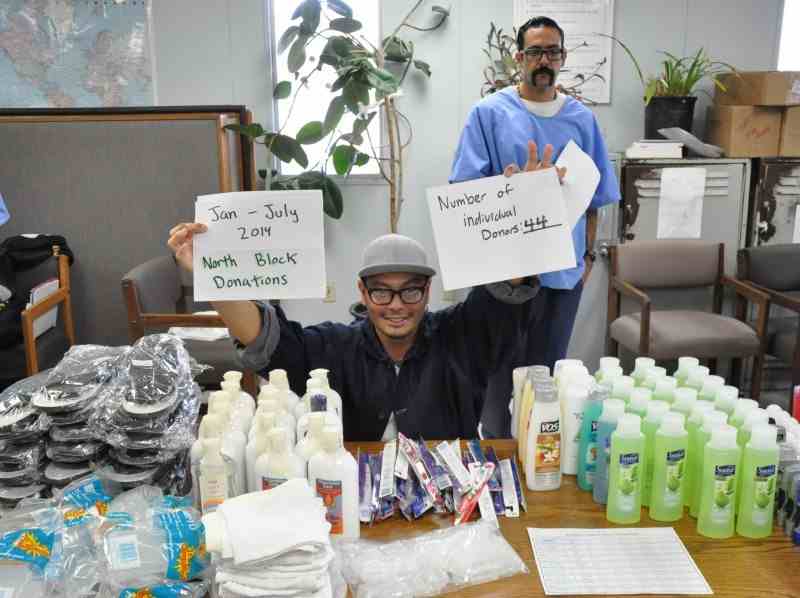 After the personal growth that came with learning, Winfrey said many other opportunities came forth, including an entrepreneurial program, The Last Mile, and a computer coding class, Code.7370. He graduated from both.

“Tommy is one of the smartest, funniest and most creative people I’ve ever known,” said Jody Lewen, executive director of Prison University Project. “He was a terrific clerk, always helping staff and inmates.”

Winfrey said the training has given him the tools to be successful out of prison, adding that he couldn’t have figured things out without good mentors.

“Robert Frye, because he was OK with being who he was and he still hasn’t forgotten where he’s come from, and that’s a great lesson for me,” Winfrey said. “Pat Maloney because of his unwavering dedication to the men in here.”

Winfrey is an award-winning writer, and several San Quentin offices display his art.

“Art helped me see that even though there are constants hemmed by the rules of life, there is always room for creativity. Paint flows off the brush a certain way. It obeys the law of physics. But even with that, there are ways to create and make the paint do what you want,” he added.

“Before in my life it always felt like the rules or the laws hemmed me in and put me in a position to either break them or be oppressed by them. Art helped me see that’s not the case.”

“When he writes, it is done with honesty,” said art instructor Amy Ho, who is impressed by his writing as well as his visual art. “I feel lucky to have experienced his art.”

Winfrey said relationships are difficult no matter where you are in life. “You have to compromise. Communication is key. Getting to know someone in an intimate way without being physical is challenging. Having someone to see you as you are is rewarding no matter where it comes from.”

For several years, Winfrey wrote for the San Quentin News. Two stories stood out for him —   one was on eugenics. “I honestly believe that eugenics have not ended in this country. Modern-day corrections has ensured that segments of the population do not propagate.” The second story was on the prison graveyard. He talked about what motivated him to write it: “I felt that nobody cared about the bodies that lie on that hill and someone should.” 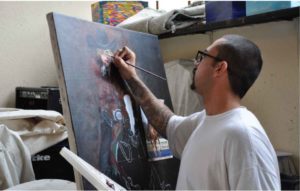 Winfrey had some additional reflections on his time in prison: If he had the opportunity to talk to his 15-year-old self, he would say, “Tommy, I want you to know that I’m here to listen. I’m not here to give you any advice unless you want it, because you need to talk to someone.”

He said he’ll miss the day-to-day camaraderie. “People are people, and you make friendships, no matter where you are,” he said. “Prison is a shared experience — until you go through it, you can’t really understand it.”