Lynn Beyett and Marty Walters at the Brothers’ Keepers graduation

Editor’s note: Survival in prison often depends on reputation. A good reputation confers respect and longevity. A bad reputation may result in being ostracized, extorted, assaulted or, worse, murdered. This three-part series will feature stories of survival and redemption.

“When I first came to prison I wanted to be left alone, not to be harassed or victimized by other inmates,” said Marty Walters, 50, who has been incarcerated 30 years for first-degree murder. “So, I acted like a tough guy and made weapons because I wasn’t going to let people boss me around.”
Two months into his prison sentence at Pelican Bay maximum security prison, he committed his first stabbing.
“A guy sex-played me as a joke, and I thought I had to make an example out of him,” Walters said. “So I went to my cell, sharpened a knife made from a door handle to kill him, when my cellmate asked me what I was doing. He said, ‘That guy was just playing, that’s how people play in prison.’ But I didn’t believe him.

“So I went after him and ended up with a reputation as being crazy.”

Walters’ trajectory to prison started at the age of 17, when he started selling drugs.

At the age of 20, Walters was arrested for manufacturing and distributing 800 pounds of meth.
“When I sold drugs in the streets, I wanted to be the best that there was at it,” Walters said. “Having a solid reputation in the drug game begets respect, and it deterred rivals from robbing you. In order to gain a reputation to survive in the drug business and in prison, I used violence.”
During a botched drug deal, Walters murdered a person and was sentenced to 25 years-to-life at the age of 22.
During his incarceration, Walters received 25 disciplinary infractions, from trafficking narcotics to inmate battery. He also participated in seven riots.
“It was never my goal to become ‘the man’ in prison, however, I got tired of be- ing in riots for stupid things people did, such as owe money for drug debts or dis- respect. I thought if I could control my own race, then these things wouldn’t happen anymore.”

In prison, people often form alliances based on gang affiliations or by race.

After a decade of building up a reputation using violence and volunteering to assault other inmates for his associates, Walters was selected to become a shot-caller for the Whites at Pleasant Valley State Prison.

“One of the main reasons why I was chosen was because I didn’t use drugs,” Walters said. “This was important because most shot-callers caused riots for refusing to pay drug debts.” 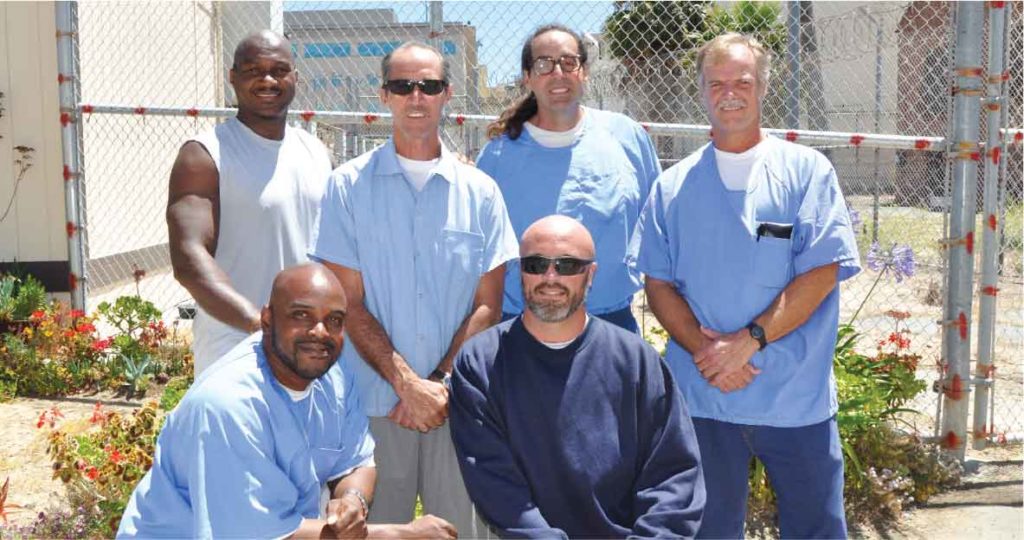 In prison, drug addicts are often shunned or ostracized or being a potential problem source.
“Some of the incentives of being a shot-caller was a feeling of being respected—whatever I said was going to be obeyed,” Walters said.
“I could deter- mine the fate of anyone who opposed me. This included having people murdered, stabbed or taken off the yard.”
In order to maintain power, people of influence often resort to violence. However, that comes with a cost.
I’ve spent almost nine years in solitary confinement and had numerous confidential information placed in my file,” Walters said.
Confidential information, or “kites,” is often information given to prison officials anonymously by inmates due to fear or rivalry.
Confidential information can be used by prison officials to deny parole, and in the past, it could be used to place an inmate into solitary confinement indefinitely.
“I lost my compassion and humanity being a shot-caller,” Walters said. “On many occasions I had to order someone I knew or liked to be taken out for a rule violation.”

Those who violate the prisoner code of conduct may face punishment that ranges from being placed on a work-out routine to being murdered.

“Living this life, I created a lot of enemies, some of whom are here with me at this prison,” Walters said.

One of them is Lynn Beyett, 66, who has been incarcerated for the past 21 years.
“I don’t really blame Marty (Walters) for having me assaulted,” Beyett said. “The old me would’ve done the same to him if the roles were reversed.
“Although the assault took place over a decade ago, I never fully recovered my reputation, but I am fine with that. After I promised my daughter that I would never go back to being who I used to be, I stepped away from participating in prison politics.”
Beyett has known Walters for over three decades since they were both at Pelican Bay State Prison.
“When I got here in 2013, I made it my priority to apologize to Lynn and, fortunately, we found a way to forgive each other, even though in the past he said he wanted revenge,” Walters said.
In response, Beyett said, “I had to forgive Marty, because we used to be the same. For me not to forgive him meant I couldn’t forgive myself. It was difficult to do this at first, but as time’s gone by, I have gained a greater understanding and compassion for Marty and myself.
“As for Marty, he has changed more than I could’ve possibly imagined—he has become a person with a very good heart.”

Today, Beyett and Walters are both part of the Brothers Keepers program in San Quentin as rape and crisis counselors helping inmates in need.

Walters also works as a drug treatment counselor helping those with addiction. In addition, he helps other inmates with legal assistance, skills he honed fighting criminal charges he had accumulated in prison.
In spite of being decades-free from disciplinary infractions and gang affiliation, Walters’ prison history continues to be a reason for him not being found suitable for parole.
Walters will have another chance at parole in 2019.