Donna Hylton, who was abused as a child, spent 27 years in prison and wrote a book about how she turned her life around. She said her mission today is to be “a voice for the silenced” women still in prison.
At age 20, Hylton was sentenced to 25 years to life for her role as an accessory to kidnapping and second-degree murder. She is finally freed. 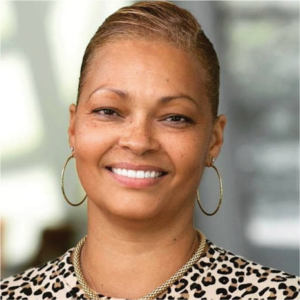 Hylton’s childhood was a living hell. She was abandoned by her mother in Jamaica, N.Y., at age 8, according to the article by The Glow Up. At that time, she was subjected to physical and sexual assaults by her adoptive father and multiple offenders. These factors culminated in her role in her crime, according to the article.
In prison, Hylton was inspired to write a memoir called A Little Piece of Light: A Memoir of Hope, Prison and Life Unbound. It’s a recounting of her life’s events and changes she made.
Her spiritual awakening came twofold. One, from earning her master’s degree and, two, learning her talent for writing. She developed self-worth, which has enabled her to re-shape her life.
“There’s this culture of silencing women; it’s like saying, ‘Well, this is what happens. You get what you deserve,” Hylton told The Glow Up.
Hylton left behind her 4-year-old daughter when she was sentenced to life. That left her daughter, Adrienne, to suffer a similar fate, according to the article. Adrienne felt abandoned and became a victim of sexual assault. Adrienne was raped when she was in her early teens.
Six years after Hylton’s release from prison, she is still trying to forge a relationship with her daughter. “We love each other deeply [but it remains] a work in progress,” Hylton said.
The collateral damage effects were highlighted by New York City first lady Chirlane McCray. “[A] woman’s imprisonment has a profound effect on their families and communities. It’s not just the woman that’s impacted, but the entire family,” McCray told The Glow Up.
Hylton noted that during her 27 years in prison she discovered a commonality among the stories of the women in prison.
“This way of being, this way of characterizing women and silencing women has been going on for so long that we’ve become comfortable in believing that that’s the way it should be,” she said. “ “
In 2017 Hylton was a featured speaker in the Women’s March on Washington. She has become a prominent voice in the movement to end mass incarceration.
There are talks of making her life story a movie. According to Dealine.com, Rosario Dawson, an activist and actress, has agreed to play Hylton’s role.
Hylton seeks America to recognize the humanity of incarcerated women. She said women are often forgotten in prison-reform discussions, according to the article.
While in prison, she formed friendships with the infamous Pamela Smart, and the Long Island Lolita, Amy Fisher, according to The Glow Up.