In the wake of the public demanding more transparency in police departments, The Force is a novel with characters led by police officer Denny Malone, who easily relates to people who’ve had questionable encounters with the criminal justice system.
For many behind bars, the concept of justice and fairness is jaded by life experiences: evidence-planting cops, greedy con artists posing as legitimate businessmen, unscrupulous lawyers, and corrupt judges. All of these are elements of this fast-paced story.
Author Don Winslow’s ability to interject realism into tightly written scenes gives readers who have not experienced the ugly side of justice a convincing picture of unethical behavior as well as straight criminal activity by those with the public’s trust. 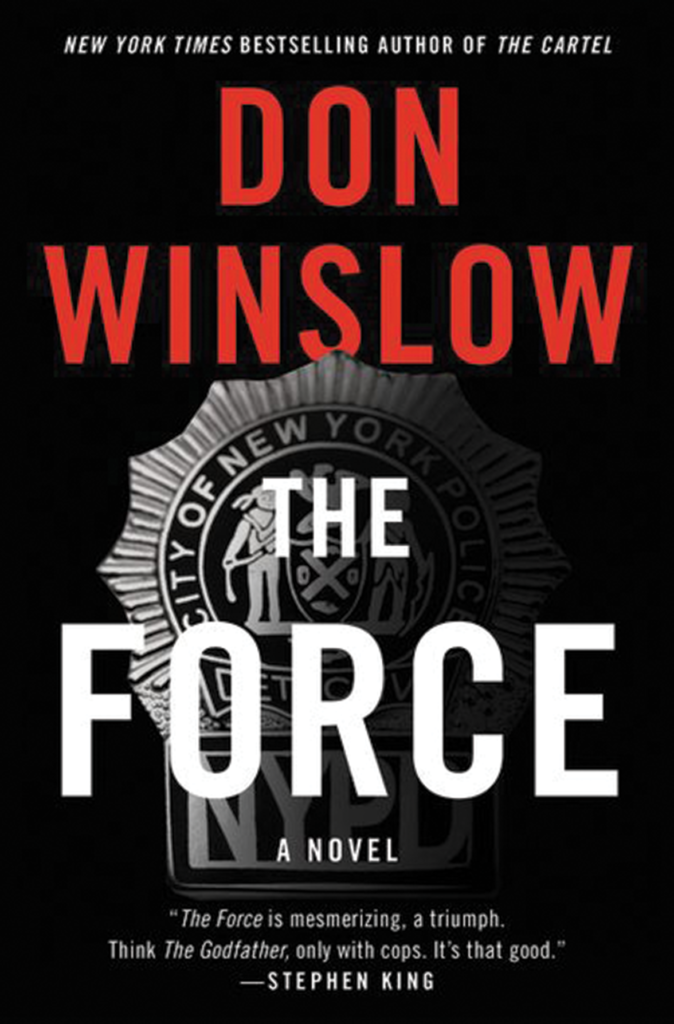 Winslow writes:
The streets stay with you.
It sinks into your pores and then your blood.
And your soul? Malone asks himself. You gonna blame that on the street, too?
Some of it, yeah.
The Force has quick sentences full of insightful particulars about its characters. In addition, the story contains narration that ties to its dialogue extremely well, making it a smooth and entertaining read.
Simply because he’s a cop, many incarcerated readers may not like Denny Malone, but his strongest trait is his loyalty, which makes him sympathetic.
Malone is complicated — he fights for the underdog but he also protects the corrupt establishment that he inherited from his father, who was a cop. He’s devoted to his fellow cops, though their behavior is often indistinguishable from gangs’ behavior.
Winslow describes cop tribalism as follows:
What the public doesn’t know is just how tribal cops are. It starts with ethnicity — who got the biggest tribe, the Irish; then you got the Italian Tribe and Every Other Kind of White Guy Tribe. Then you got the Black Tribe, the Hispanic Tribe.
Incarcerated readers, who’ve gone through the meat-grinder of the criminal justice system, know that as the criminal justice process continues, they are increasingly removed and the adjudicated result bears no relationship to the actual truth.
Winslow digs into the intricate possibilities of a person’s fate—a person who’s trapped in the system and what it takes to trick it.
Winslow explains the process like this:
It doesn’t take a lot to swing a case—a motion granted or denied, evidence excluded or admitted, testimony allowed or stricken. Little things, small things, arcane details that can spring a guilty defendant.
The defense bar knows—sh**, everyone knows—which cases they can buy. One of the most lucrative judicial posts is on the scheduling docket; for the right money you can pay to have a case assigned to the judge you’ve already purchased. Or rented, anyway.
So, The Force is about how corruption affects fairness and tips the scales of justice.
Winslow successfully focuses The Force on all of the contrasting influences of the criminal justice system and he gets the job done.
Don Winslow is the author of 19 acclaimed, award-winning international best sellers including the #1 international best sellers The Cartel, The Power of the Dog, Savages and The Winter of Frankie Machine, several of which have been made into major motion pictures.
PPI’s “Correctional Control: Incarceration and Supervision by State” is the first report to aggregate data on all types of correctional control nationwide.