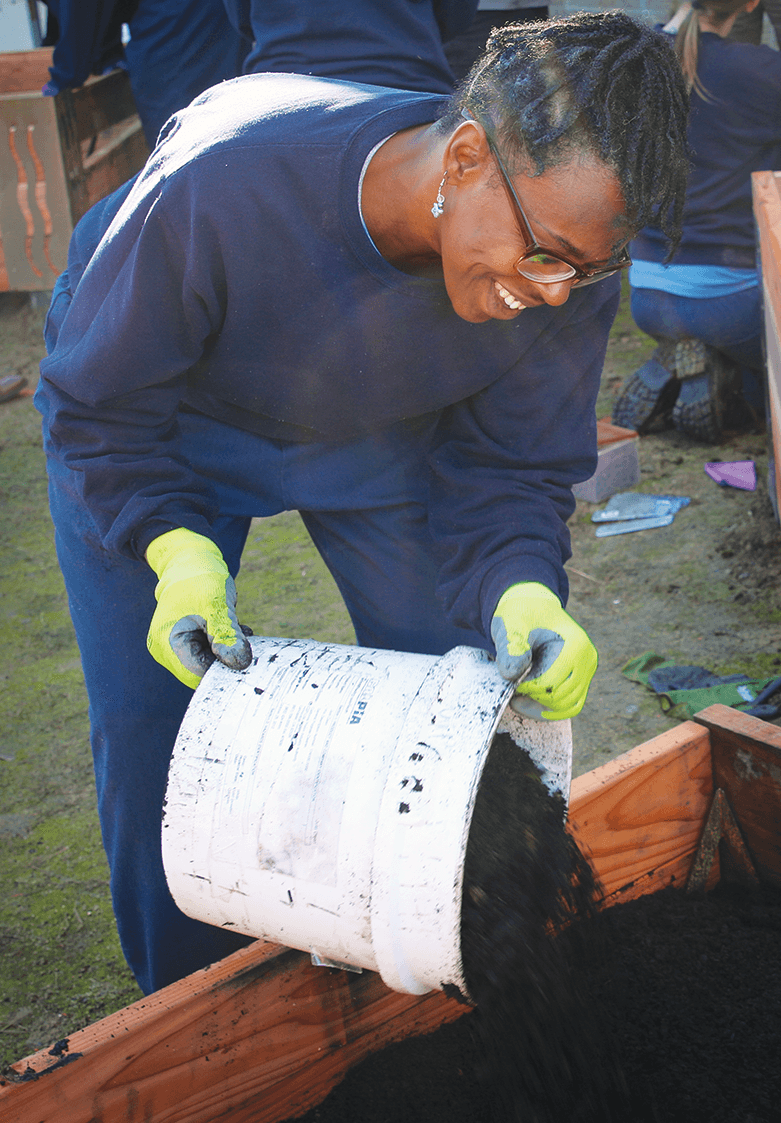 California women prisoners are learning to go “green” as they gain skills in garden design and environmental education through the award-winning Insight Garden Program (IGP).

Folsom Women’s Facility (FWF) and Central California Women’s Facility (also known as Chowchilla) have been added to the IGP’s long list of prisons that are finding rehabilitation through connecting with nature.

“Folsom was officially the first garden we’ve ever built in a women’s facility,” said Beth Waitkus, who founded the program at San Quentin in 2002. “It was a really magical day. We got it done in one day, which was nothing short of a miracle.

“Personally for me…to be working with women who so deeply connect with the earth is really wonderful,” Waitkus added.

The Folsom garden design was created from the different ideas of women prisoners, who came up with plans for their end-of-semester project. As part of the learning process, the women had to include drawings of their ideal landscapes.

Tylee Sewell, IGP facilitator, combined all the ideas for the project. Sewell is a permaculturist

one who develops agricultural ecosystems intended to be self-sufficient and sustainable.

The women learned permaculture techniques and planted pollinator-friendly plants using minimal amounts of recycled water. They learned hands-on skills in installing and maintaining the garden, as part of a plan to teach them to care for delicate things.

IGP feels these skills will be useful for those returning to their communities.

“A lot of people who are incarcerated come from communities that generally have more environmental injustices,” Waitkus said. “They live closer to pollution or toxic waste sites.”

“That’s an environmental issue. Fresh healthy foods should be available to everybody and not just processed food being sold at the corner liquor store,” Waitkus said.

“What they have learned from the program, they go back to their communities and advocate for food equity,” she said. 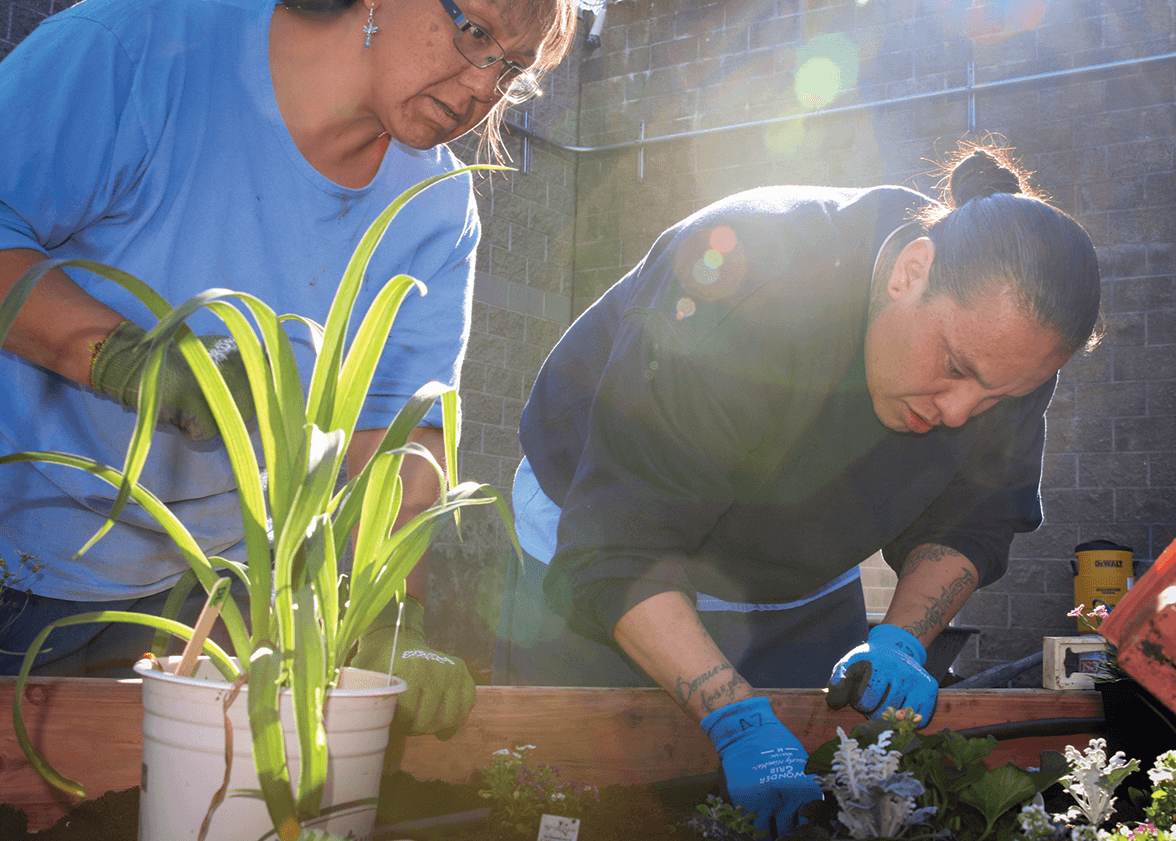 “IGP teaches people it’s about more than just me, it’s about we, and it’s about all of us working together to create a better world,” Waitkus said. “We are (all) a part of the natural world, obviously, from soil systems … to literally the cosmos. We are connected to all of that.”

IGP also has a reentry and career preparation course for those who wish to pursue a career in the green industry. After the students are released, IGP attempts to get them green jobs.

“We are careful about wanting to include everybody,” Waitkus said. “There are different people with different timelines.”

As IGP continues to expand its program, it has gained more recognition by receiving California’s highest environmental honor, the Governor’s Environmental and Economic Leadership Award (GEELA).

“We accepted the award on behalf of all the people we work with inside,” Waitkus said. “It raises our visibility in the state. We’re hoping to work with other agencies like the California Department of Agriculture.”

The Chowchilla garden is set to be built this spring.