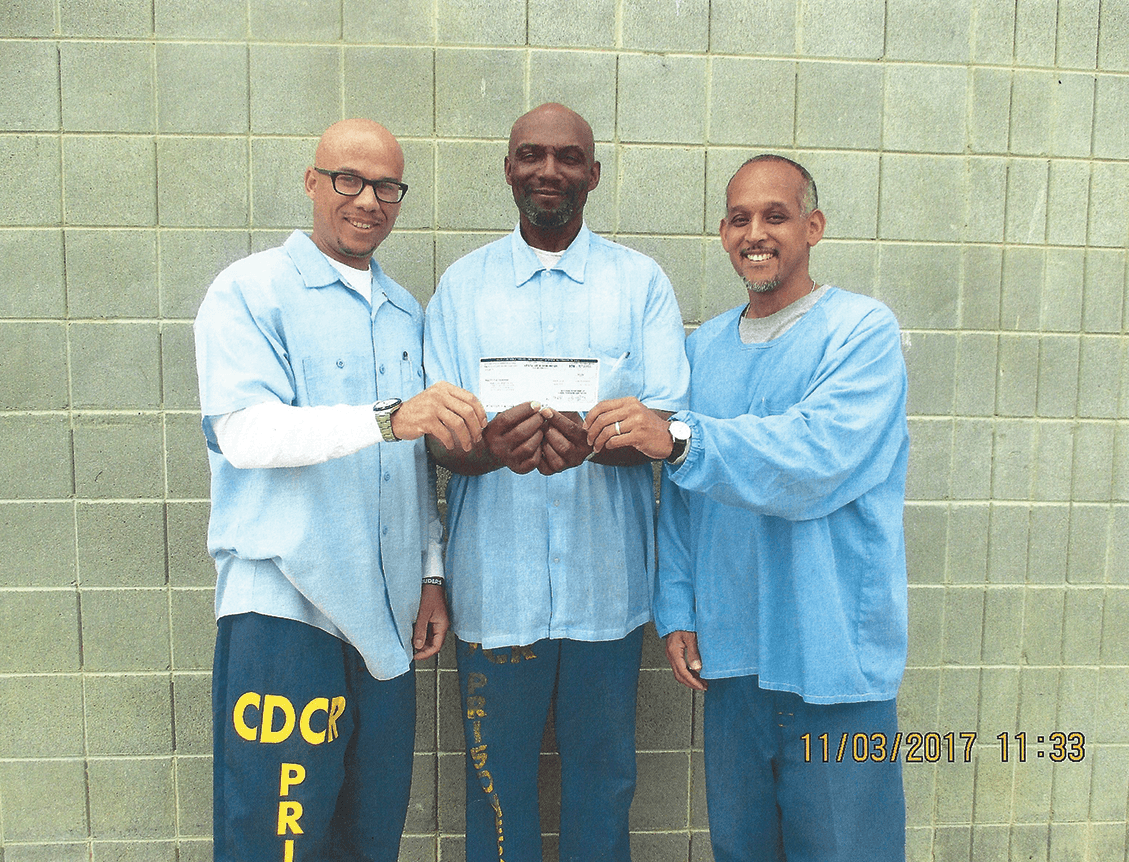 A group of California prison inmates serving life sentences has raised more than $1,300 for victims of last year’s Hurricane Harvey.

These inmates stand convicted of first-degree murder with special circumstances and are serving life sentences without the possibility of parole.

They’ve changed the meaning of the acronym LWOP that stands for “life without parole” to Lifers With Optimistic Progress (LWOP), an activity group inside the California State Prison – Solano.

“This check is being donated on behalf of the LWOP Activity Group at CSP-Solano,” a memo to the American Red Cross reads. The memo states that the group made “humanitarian efforts” to give to what they believe is a worthy cause, “helping and assisting those victims of the Hurricane Harvey tragedy.”

The LWOP Activity Group hosted a donation drive to raise the money from other inmates after Hurricane Harvey destroyed millions of dollars’ worth of property in Texas last year. They planned to present the Sacramento branch of the Red Cross with a $1,372.05 check.

The check was cut by the accounting office on Sept. 26. However, the planned news media presentation didn’t happen because somehow the check was misplaced. After several weeks of scrutiny, the check was found on Nov. 3 and was received by the Red Cross on Nov. 21.

Needless to say, the mix-up was embarrassing for the LWOP Activity Group. “It never fails,” wrote Ross Ronnel, the group’s founder and lead coordinator. “Even when prisoners go all-out and demonstrate the right thing … they get no justice in recognition for their humanitarian efforts.”

Still, the men of the LWOP Activity Group summed up their efforts by stating in their message to the Red Cross, “It’s indeed an honor and privilege to participate in such a positive endeavor.”

How lifers get better parole board deal