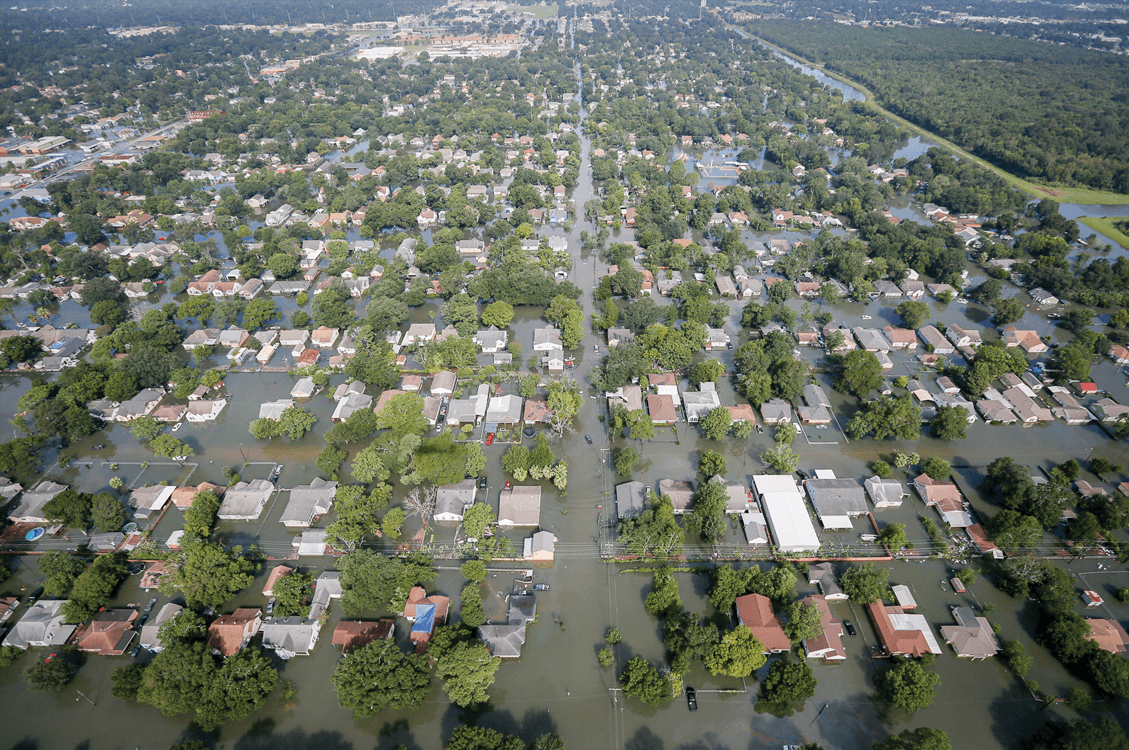 Flooding of Port Arthur, Texas, back in August

Prisoners around the nation rank high on the emergency first responders list when wildfires, hurricanes and other natural disasters strike the country, but are a low priority for rescue efforts, according to a 2017 report by Natural Hazards Observer.

“When you consider the decades this (program) has been in place, the safety record has been outstanding,” said Bill Sessa, spokesman for the California Department of Corrections and Rehabilitation (CDCR), in a Daily Beast article about the five inmate firefighter deaths during the program’s 40-year history. 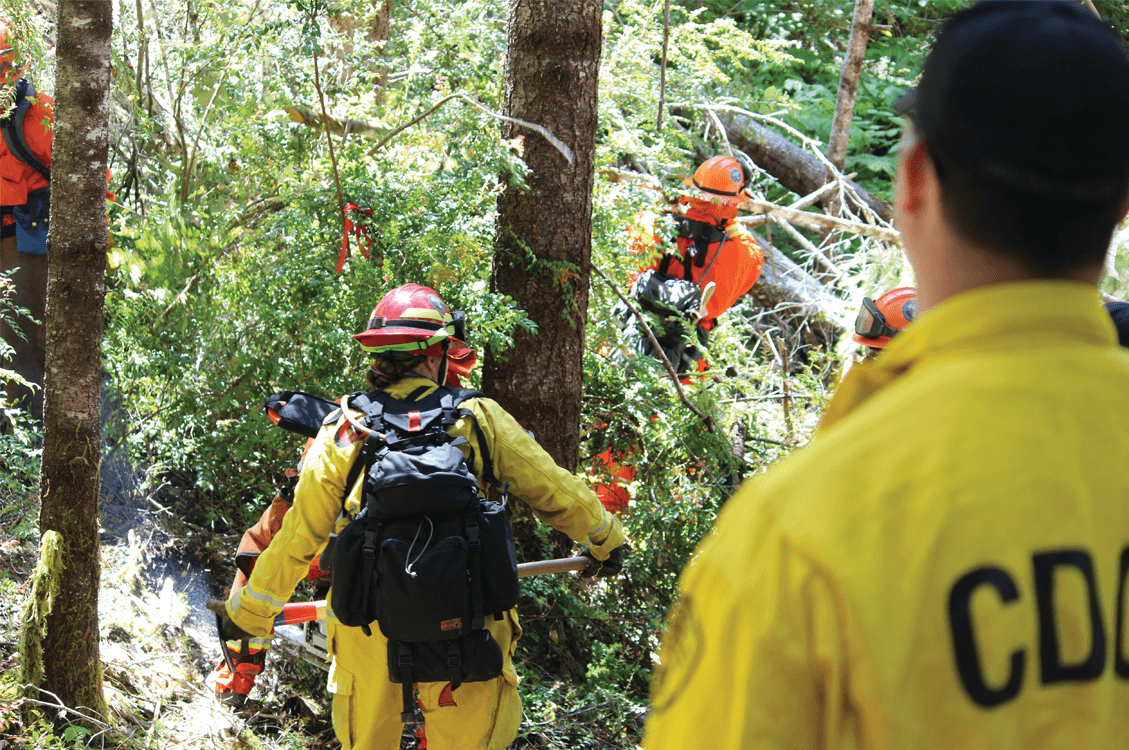 “Shawna had a passion for sawyer work on the fire line and wanted to pursue this job in the fire service,” said the NFFF website. “Shawna gave her life so that others may live.”

In addition to Jones, two other California inmate firefighters lost their lives earlier this year.

The dangers and wages of California’s voluntary inmate firefighting program are matters of political debate.

“I want inmates in California to learn new skills—but trading a cell for a wildfire and $1 a day, that’s just crazy,” wrote Gayle McLaughlin, a candidate for lieutenant governor in 2018, in an email pitch to potential supporters, the Daily Beast reported. “We have to pay everyone real wages and restore the civil rights of people who are serving a sentence.”

She says using prisoners as firefighters amounts to “slave labor” and calls it an example of a criminal justice system “gone deeply wrong.”

“On occasion you have a fringe candidate for elective office who thinks it’s a great sound byte to stick in a headline, but if you look at it from the inmate’s perspective, it’s difficult to call them enslaved when they’re volunteering to do the job,” Sessa replied.

“If we can trust inmate populations to the extent that we rely upon them when we are most vulnerable, in the midst of catastrophe, shouldn’t they receive better care or potentially incur sentences that avoid imprisonment?” the Natural Hazards Observer report asked.

The perception of inmates and how the public acknowledges or ignores the connection between “hero” and “prisoner” can affect the inmates’ experiences during a disaster, the report added.

Jones died in February of last year when she was struck by a falling boulder in Malibu while serving as a volunteer inmate firefighter at Conservation Camp 13, part of a CDCR program.

Matthew Beck, 26, died in May when a 120-foot tree uprooted and crushed him in Humboldt County. He was serving six years for a 2014 burglary, according to the Daily Beast.

Frank Anaya was killed in San Diego, in July, after he slashed his leg with a chainsaw. The 22-year-old died after undergoing several surgeries. He was serving a three-year sentence for assault on a spouse and weapons charges, the Daily Beast reported.

During the massive fires, some inmate crews worked 24 straight hours, the same hours as the professionals—the only difference is that inmates earn $2 a day in camp, and $1 an hour to fight a fire, while professionals make a minimum of $17.70 an hour, the Daily Beast reported.

In the Santa Rosa fires, some inmate crews worked 72 hours before they got a 24-hour rest.

Not only are prisoners identified as a labor source, they are also identified as a hazardous population that poses an additional risk to the public, according to the Natural Hazards Observer report.

During hurricanes Harvey and Irma in September, thousands of prisoners in Texas and Florida had to be evacuated to more secure facilities. But other prisoners were stranded at the Beaumont, Texas, federal facility, where authorities decided the inmates had “sufficient food and water supply” to survive the flooding, according to a Crime Report article. But prisoners suffered “deteriorating conditions,” the article added.

“This perception of inmates as dangerous also places inmates at risk. If inmates are perceived as dangerous, they might not be given the resources necessary to survive a disaster,” said the Natural Hazards Observer report.

Also in September, Hurricane Maria battered Puerto Rico, and 13 prisoners escaped during an evacuation from a federal prison in Guaynabo, where more than 1,300 inmates had been trapped without food and power, said the Crime Report.

“When you hear on the news that a fire is X percent contained, that is in some part from what our crews do”

“Prisoners are completely reliant upon prison administrators for their safety and wellbeing,” said the Crime Report article. “As the outside world prepares for natural disasters, inmates must await their fate from the confines of their cells.” 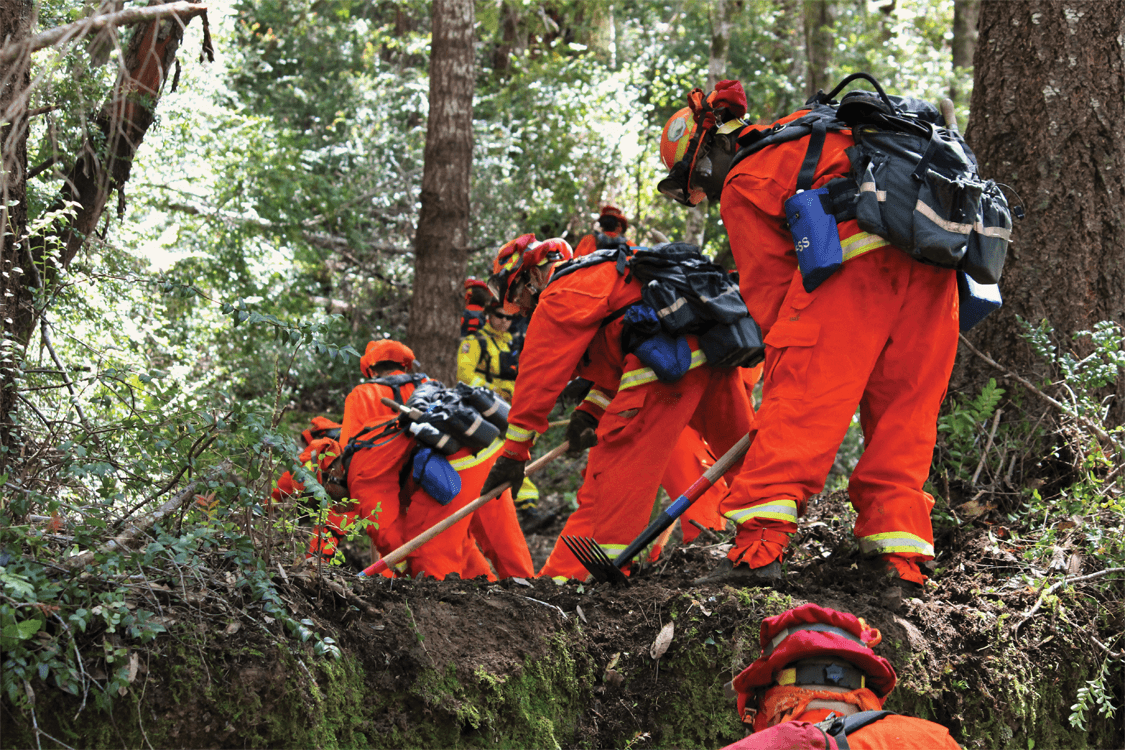 During Hurricane Katrina, in 2005, deputies fled the coming waters, but the inmates of Orleans Parish Prison (OPP), in Louisiana, were deemed too dangerous to be let out of their cells, even if it meant the inmates might otherwise die, noted Natural Hazards Observer report.

However, during the 2010 British Petroleum (BP) oil spill in the Gulf of Mexico, inmates from Louisiana were used as part of the responders to clean up the spill wearing just “flimsy coveralls and gloves” as protection against the serious health effects of crude oil, said the report.

In February of this year, about 250 California fire camp inmates responded to the Oroville Dam crisis that threatened two county jails in Butte County agricultural lands, businesses and residential property. The inmates cleared loose material before the debris could wash into the waterway, reported KQED.

Such dangerous work outside of prison walls has a risk of government abuse, said David Fathi, director of the ACLU’s National Prison Project. The inmate firefighters may not be aware of the long-term health risks, he added, according to the Daily Beast. While TV footage shows professional firefighters in airplanes or on water trucks, the inmates cut fire breaks by hand—clearing stretches of land—to stop the spread of flames, Sessa said, in the same article.

Prisoners are on the frontlines and are on call seven days a week. They also make up 35 to 40 percent of Cal Fire, the state’s firefighting force.

“When you hear on the news that a fire is X percent contained, that is in some part from what our crews do,” Sessa said.

The role of inmates in disasters must also be evaluated, concluded the Natural Hazards Observer report. This includes inmate labor in the costs of disasters and how the use of this cheap prison labor is disguising the rising costs of disasters in the United States.