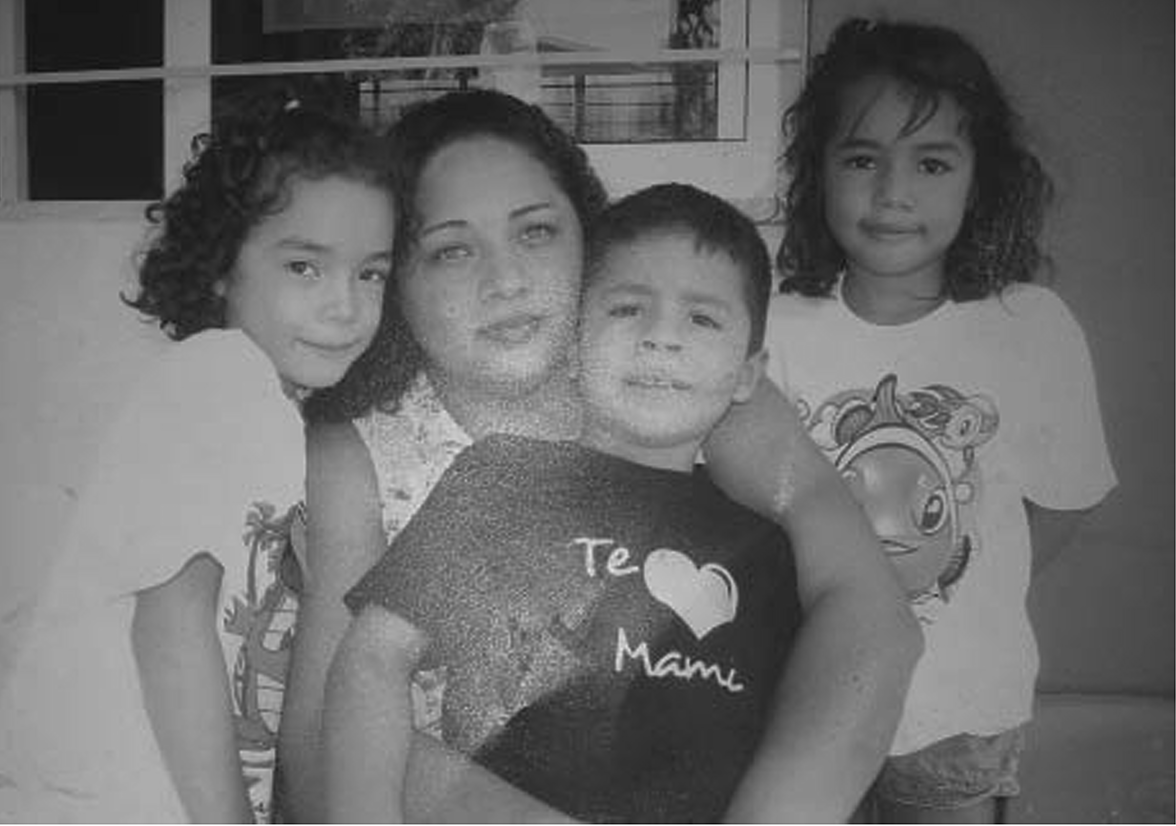 Veronica Zepeda and her children

Almost three out of four of those arrested have criminal records.

Immigration advocates question whether ICE is truly prioritizing the most serious criminals.

“We see a ton of people deported for misdemeanors, probation violations, petty theft, shoplifting,” said Alisa Wellek, executive director of the Immigrant Defense Project, a legal services group that advocates for immigrant rights in the criminal justice system to the Pew Charitable Trusts.

ICE says it targets noncitizen “criminal aliens” who have committed aggravated felonies and are serious or repeat offenders. Under this definition, many crimes can get immigrants detained and deported, even after they have served a jail or prison sentence for the crime — and even if they are in the country legally.

Thirty offenses qualify as aggravated felonies, including theft, failing to appear in court, or offenses that most states consider a misdemeanor. Any new offense Congress adds to the list is retroactive. So a noncitizen can become deportable even if he or she already served the sentence for the crime years before, reports the Pew Charitable Trusts.

Since 2014, the Department of Homeland Security has prioritized deporting noncitizens who pose a serious threat to public safety or national security. For example, from October 2014 through September 2015, 59 percent of the 235,413 people deported had criminal convictions, according to Pew. But for those who have committed crimes, it’s hard to get a clear picture of whether they are serious or misdemeanors, violent or nonviolent.

What constitutes a “criminal alien” is not defined in U.S. immigration law or regulations, and the term is used broadly, according to a September 2016 report by the Congressional Research Service.

A criminal alien may be someone who is undocumented or an authorized immigrant who may or may not be deportable, depending on the crimes he has committed. He or she may be incarcerated or free, or have already served time.

ICE long has relied on laws that allow it to seek automatic deportation based on certain offenses in a person’s criminal background. Aside from major crimes, the guideline is that an offense that carries a potential penalty of a year or more and that ICE decides to classify as an “aggravated felony” meets the threshold. That’s true whether the immigrants charged with violations are in the country legally, with student visas or green cards, or illegally. It’s also true if the actual sentence was for less than a year, reports the Denver Post.

ICE has wide discretion on how to interpret the term “aggravated felony.” Congress expanded the term’s definition in 1988, so that people can be deported for a crime that may be neither “aggravated” nor a “felony,” according to Joshua Breisblatt, policy analyst for the American Immigration Council, a pro-immigration research group, reported Pew.

Julie Gonzales told the Denver Post, “The fear right now is that all that discretion has now gone out the window.” Gonzales is the policy director for the Meyer Law Office, a Denver firm that specializes in immigration cases

Under Trump, many of the discretionary limits on deportations enacted during President Obama’s last two years in office are gone — with the exception of a program that protected undocumented immigrants who came to America as children, aka DACA.

“The men and women of ICE are law enforcement officers sworn to enforce the law. And that’s what we’re going to do, and we’re not going to apologize for it,” said Acting ICE Director Thomas Homan.

HOW BIG IS THE PROBLEM

The Migration Policy Institute (MPI) estimates that of the roughly 1.9 million noncitizens who are eligible for deportation based on their criminal history, about 820,000 are undocumented. Of those, 37 percent, or roughly 300,000, were convicted of a felony, which can range from murder to attempting to re-enter the country illegally, said Faye Hipsman, an MPI policy analyst.

Another 47 percent, or about 390,000, were convicted of a significant misdemeanor, such as drunken driving. However, what constitutes a misdemeanor can vary greatly from state to state and can be anything from shoplifting to minor drug possession, Hipsman said.

ICE says about 85 percent of people in detention facilities are there because they were considered “top priority” for removal. ICE defines them as people who posed a threat to public safety or national security, attempted to cross the border illegally, were members of a criminal gang, had been convicted of a felony, or were considered “aggravated felons.”

“There should be no doubt at all that anyone who has a criminal history in this country should be deported,” said Harold Eavenson, sheriff of Rockland County, Texas, who became president of the National Sheriffs’ Association in 2017.

“I’ve seen illegals who have been deported seven or eight times,” he said. “The reason they keep coming back is they know there are no consequences.”

The court overturned a deportation order when it held that any false statement must be material and have influenced the award of citizenship in a case involving a migrant that had lied on her immigration paperwork.

The ruling will give greater security to “millions of naturalized Americans,” Christopher Landau, the attorney who argued the case, told The Wall Street Journal. Census data show that more than 43 million foreign-born people now live in the U.S., and close to half of these are naturalized citizens, according to the newspaper.

In a second unanimous decision, the Supreme Court ruled that people convicted of having consensual sex with youths over 16 are not subject to mandatory deportation.

“Absent some special relationship of trust, consensual sexual conduct involving a younger partner who is at least 16 years of age does not qualify as sexual abuse of a minor” under federal law, concluded Justice Clarence Thomas, according to The New York Times.

California lawmakers are working to shield the nation’s largest population of illegal immigrants from a newly energized ICE under the Trump administration.

California is home to about 2.6 million of the estimated 11 million undocumented immigrants in the U.S., according to the Center for Migration Studies, The Wall Street Journal reports.

Because local law enforcement often will not turn over the undocumented in their custody, ICE makes most of their arrests at homes, workplaces and on the street. This is more difficult and potentially dangerous, reports the New York Times.

“Arrests in the Los Angeles region are up only 17 percent since Mr. Trump took office,” (compared to a national average of 40 percent) reports the Times. Many California sheriffs and police departments refuse to cooperate with ICE, saying it erodes trust in law enforcement among immigrant populations, reports the Times.

Both houses of the Democratic-controlled California State Legislature passed bills to block the growth of immigrant detention facilities in California and added $15 million a year to the Department of Social Services to pay for attorneys to provide deportation defense, The WSJ reports.

Denver is set to change its sentencing ordinance to help some immigrants avoid deportation, the Denver Post reports. Immigrant advocates came up with the idea. Convictions that carry a potential penalty of at least a year in jail can put an immigrant on the ICE radar for deportation. This risk is true even for either undocumented or for legal immigrants with student visas or green cards.

Because most of Denver’s ordinance violations carry penalties of less than a year — a sentence rarely given for them anyway — the city could help immigrants who commit petty offenses avoid ICE attention.

“The goal is that we ensure people are receiving appropriate punishment for their crime — and that we are not unnecessarily tagging people for deportation or punishing the homeless for low-level offenses,” Denver Mayor Michael Hancock told the Denver Post.

No Bans, No Walls, Sanctuary for All!