At age 18, I was arrested and sent to Deuel Vocational Institution in 1992. Prisoners called it Tracy or “The Gladiator School.”

It was my first time in prison. I didn’t know anyone there. I was scared.

The established prisoners came up to me and asked, “Where you from? What’s your name? What gang you in?”

Although I answered every question, I didn’t really fit in anywhere, and I felt like I had to.

Since then, I’ve been to many prisons and hung out with different people. And, at every new prison, I was asked the same questions all over again, “Where you from? What’s your name? What gang you in?”

I hated answering those questions because it made me feel combative, and it categorized me.

I arrived at San Quentin in December 2007 from Soledad with a group of men reluctant to come here.

No one asked us those kinds of questions when we got here, but the San Quentin prisoners who were here when the Soledad bus arrived didn’t give us a strong welcome.

One of the men who accompanied me from Soledad was Juan Haines, now San Quentin News Senior Editor.

Juan had that same uncomfortable feeling I had, but we didn’t know why.

Juan recalled, “When I first got to San Quentin, my cellie was stand-offish. I was looked at like an invader of a place where people wanted to protect something that I was unaware of. The most common comment was, ‘These three-strikers are going to ruin everything we worked for.’”

We were shunned and confused and didn’t know why.

During my 11 years at San Quentin, the men from Soledad and those who came after us eventually became acclimated to “The San Quentin Culture.”

It’s a culture strongly tied to rehabilitation, family and community. It’s a culture that seeks to change how free society sees prisoners. 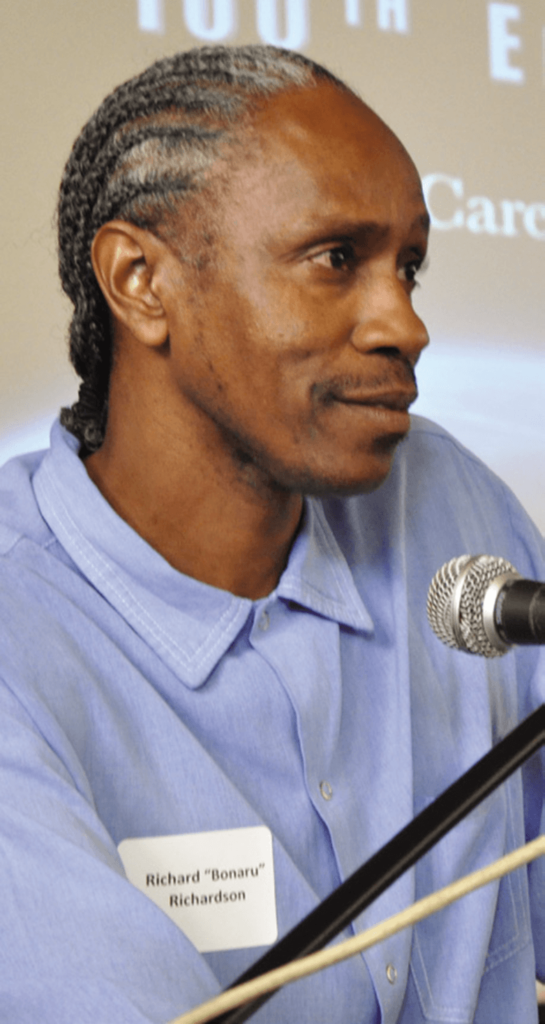 But now San Quentin is changing. It’s turning from a general population institution to a “Non-designated Program Facility,” and accepting any prisoner who wants to program.

The Director of the Division of Adult Institutions, Kathleen Allison, gave this explanation in a memorandum dated Oct. 27, 2017: “As a non-designated program, it is the expectation that all inmates will program together and comply with integrative housing expectations regardless of prior GP (General Population) or Sensitive Needs Yard (SNY) programming or level designation.”

This new designation has made significant changes in the prevailing environment, which had been quite peaceful and subdued for the past decade or so. The record will show that there is more tension now.

Many prisoners were upset because they didn’t want to mix with guys who came from Sensitive Needs Yards. Some people transferred to other institutions, but for the most part, most of us asked, so what?

As the former Sensitive Needs Yard prisoners arrived here at San Quentin, I noticed the distance and separation immediately.

I sensed that same chilly reception toward the new arrivals that I had encountered when I came to San Quentin in 2007.

I never did like “us against them” feelings, so the first chance I got, I spoke to the new arrivals and welcomed them to San Quentin.

What I found out was that the only reason why some of them ended up on a Sensitive Needs Yard was because they didn’t want to be gang members anymore.

Richard S. came to San Quentin as an ex-gang member and was the only one to arrive in his situation.

“Coming to San Quentin was something nonexistent coming from Los Angeles,” said Richard S. “But after experiencing the programs and doing an inventory of my life, I realized how immature and dysfunctional my life has been.

“Today I have a purpose and a voice and a love for myself that never existed before.”

They listened as I gave them a pitch about the value of engaging with the many rehabilitation programs available at San Quentin. Some of them who were interested in knowing more visited me in the newsroom to get more information.

Just because I didn’t go to a Sensitive Needs Yard doesn’t change the fact that their story is no different from mine.

If they want to join in strengthening San Quentin’s culture of rehabilitation, they deserve our support and encouragement. The “Sensitive Needs Yard” stamp on a man’s record should not be another strike against him.