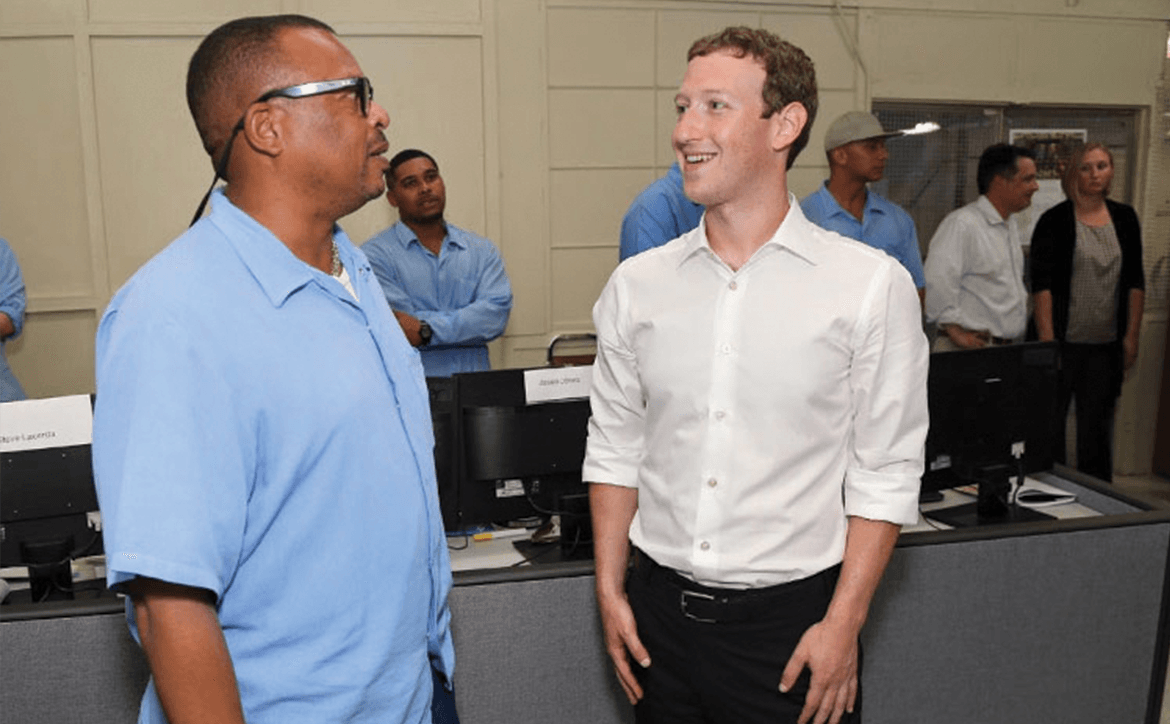 About a year and half ago, Aly Tamboura returned home after serving almost 14 years behind bars. He came back to San Quentin on Valentine’s Day with several of his coworkers at the Chan Zuckerberg Initiative (CZI) for a tour of the highly touted rehabilitative prison.

CZI advocates for social justice and criminal justice reform. They seek to provide affordable housing in the Bay Area. The organization has social media operations aimed at changing the criminal justice narrative, specifically how prisons operate.

Tamboura is a manager for technology and program delivery. He is currently working on a housing program.

CZI got a look at the prison’s mental health services, the cellblocks and prison yard and had a conversation with inmates enrolled in college.

“Why do we have prisons?” Adnan Khan asked the CZI employees prior to the tour.

Their answers varied: “reform people,” “punishment” and “rehabilitation.” Khan told the group a tourist once said, “That’s where we hide the bad people.”

Khan gave a short lecture about the challenges of serving time in a maximum-security prison. He brought up some of the obstacles to rehabilitation in violent and disruptive prisons, such as lockdowns and violence. The traumatic experiences, he said, transformed him into only wanting to survive racism was rampant.

Once Khan transferred to San Quentin, its 70-plus rehabilitative programs surprised him. He said hearing collegiate-level conversations seemed foreign.

Jody Lewen, executive director of the Prison University Project (PUP), said giving incarcerated people a first-rate education helps the public in immeasurable ways, from reducing recidivism to reuniting families. She said one of PUP’s goals is to change how the public perceives incarcerated people.

Several PUP students chimed in on their experience of attending college while incarcerated.

“I dropped out of school around the sixth grade,” said PUP clerk Corey McNeil. “While in prison, I got my GED but was stuck as far as going further in my education. I needed more hands-on teaching, and I got that at PUP.” He added, “PUP didn’t save me. It fostered the stuff that was naturally in me.”

Other PUP students said the program gave them the confidence to continue their education, once returned to the community, and taught them how to think independently.

However, even with programs at San Quentin, such as ones designed to address victim awareness and impulse control, Tamboura pointed to waiting lists of three to five years for enrollment as well as the prisoners’ huge technology gap.

Khan brought up the extra challenge of having youth offenders intermixed with an older population—sometimes the interactions add tension to the prison’s rehabilitative routine.

The purpose of keeping the youngsters at San Quentin is two-fold—prevent their exposure to the violent and oppressive nature of maximum-security prisons and give them an opportunity to partake in the rehabilitative services at San Quentin.

However, they must sign contracts, stating that they will remain discipline-free. If they break the contract, they transfer to a higher-level prison, which happens a lot.

With 90 percent of the incarcerated getting out of prison, Khan asked CZI, “So, how would you like them to get out? Going through one of these kinds of programs or not?”