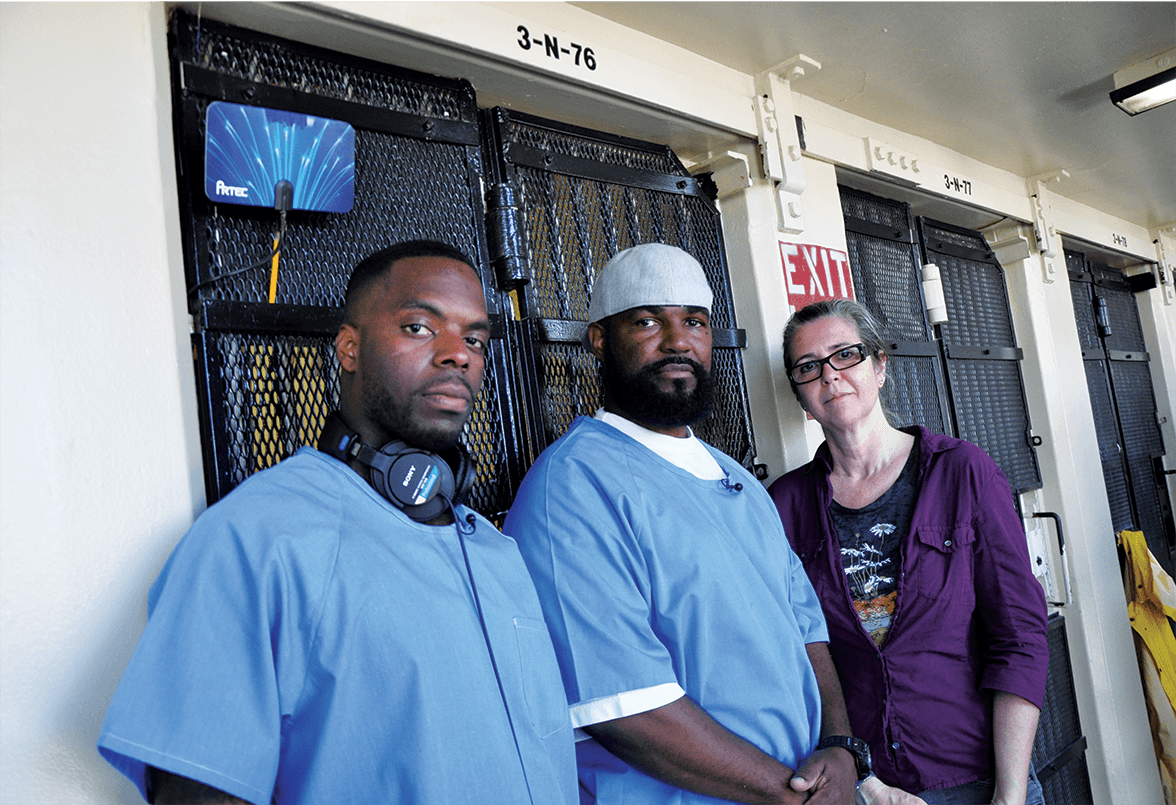 The Chan Zuckerberg Initiative (CZI) will provide grant funding to the Prison University Project (PUP) and Ear Hustle, an award-winning podcast. Both organizations are based at San Quentin State Prison.

PUP offers more than 350 inmates the opportunity to earn their Associate of Arts degree inside prison. Ear Hustle allows inmates to share their stories about what it’s like to live in prison on a daily basis.

“These programs are breaking new ground by helping incarcerated people tell their own stories and make positive change in their own lives and in the world.”

In a statement, CZI said PUP “has been the site of a unique and unprecedented educational enterprise, providing excellent higher education to people at San Quentin,” and it acknowledged how the college program “supports increased access to higher education for incarcerated people across California.”

“The Prison University Project works to transform the U.S. criminal justice system by empowering incarcerated individuals to become leaders and change agents,” said Jody Lewen, executive director of PUP. The college program works “to break down harmful biases that dehumanize the image of incarcerated people in the public imagination.”

“The grant came in at an unbelievable time,” said Nigel Poor, co-host of Ear Hustle. “We didn’t have a big plan when we started. That’s only sustainable up to a point.”

Inmate and Ear Hustle co-host Earlonne Woods said the high-profile grant will show that their work is important. “Ear Hustle has to rely on grants,” he said. “I’m appreciative of CZI in assisting us in our struggles for funding.” 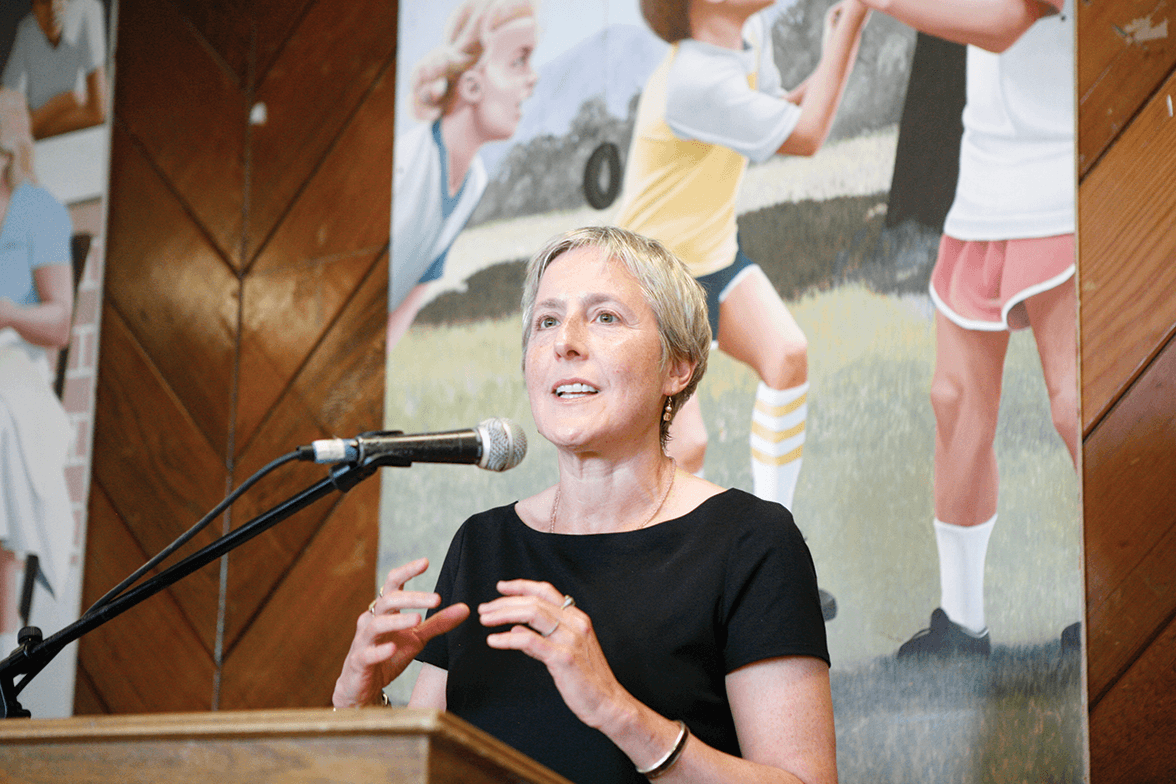 Jody Lewen at the 2018 PUP graduation

In October 2015, Dr. Priscilla Chan Zuckerberg and husband, Mark Zuckerberg, founder of Facebook, toured San Quentin to get a first-hand look at the programs inside the prison and to talk to inmates.

Aly Tamboura, who paroled from San Quentin in 2016, received his AA degree from PUP and learned computer coding in the Code.7370 program. He now works for CZI as its technology & program delivery manager and was instrumental in the grant funding going to PUP and Ear Hustle.

Poor, who is a tenured professor at California State University Sacramento, taught History of Photography at PUP in 2012 when she first met Tamboura, who was then an inmate-student. “He was a really good student,” she said. “He was really serious.”

Poor said she saw Tamboura at a Human Rights Watch conference, and then at a PUP brainstorming conference. Later, he escorted her into the CZI conference room in Palo Alto, California, to discuss a grant for Ear Hustle.

“It was wild,” Poor said. “It’s so uplifting that someone who was incarcerated is now responsible for funding Ear Hustle. If I hadn’t been teaching at PUP, I would’ve never made the connection.”

“A lot of people get out of prison and say what they’re going to do,” Woods said. He said Tamboura didn’t say he would do anything. “But he did. I’m just appreciative of a guy who looked back.”

“CZI’s generosity will allow us to grow in beautiful ways,” Woods said. “We usually hear about the great criminal justice reform work that groups like CZI do and only dream that this sequestered population could directly benefit … well, that dream has become a reality.”

Poor said she believes CZI wants to give voice to people who are voiceless. Through Ear Hustle, stories told by those living in prison are produced inside San Quentin and broadcast to the world with more than 12 million downloads.

In 2016, Ear Hustle won Radiotopia’s Podquest when it was chosen from more than 1,500 contestants from around the world, and it has been in the number one spot on Apple Podcasts.

The Prison University Project delivers the opportunity to the incarcerated to benefit from education in the liberal arts and to use their learning, talents and life experiences to make important academic and collective contributions. It provides training and mentorship to emerging educational programs that provide higher education in California and nationally.

In recognition of its impact and for providing education opportunities to the incarcerated, PUP was awarded the 2015 National Humanities Medal by President Obama.

At its 2018 graduation, Lewen said, “There are people out there that care about the things we care about.”

The Chan Zuckerberg Initiative is a philanthropic organization that is working to build a future for everyone. It uses traditional grant making, advocacy, storytelling, impact investing and engineering to help drive change at scale. Its criminal justice reform program focuses on power building in communities traditionally excluded from policy making and agenda-setting in criminal justice.