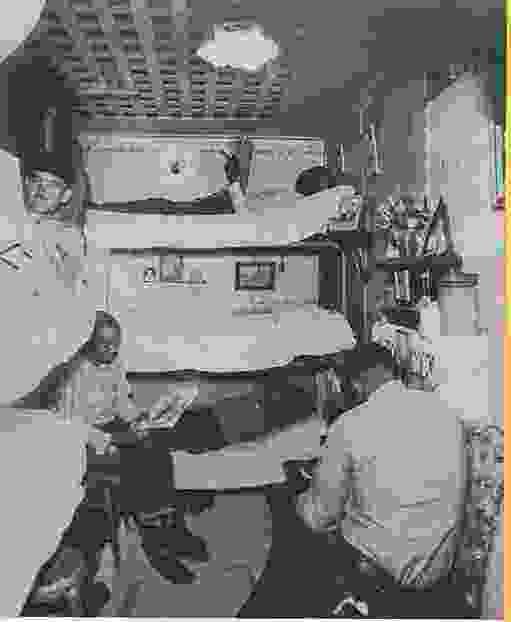 Architect Ken Ricici has dedicated his career to improving the environment for the incarcerated. He has been designing safer and more humane jails (not prisons) for the past 40 years.

Ricici wrote in The Crime Report that “modern jails are being asked to do too much,” such as addressing the failure of the courts, the mental health regime, the education regime and civil society, as well. This in turn creates a stream of young, disturbed, addicted and disabled citizens flowing into jails that fall short of recognized standards and needs.

Ricici advocates smaller, greener and kinder “three-door” jails. Under this system, the troubling behavior for which citizens are apprehended is processed through one of three approaches or “doors:” Detention, Diversion or Deflection.

According to the December 2017 article, Detention is the secure jail setting. Diversion allows for release on recognizance or third-party release, and Deflection would move the individual to a “stabilization” center or a “sobering” center.

When Detention is needed, a magistrate, probation and mental health professionals are under one roof in the “three-door” jail. Arriving detainees are processed and evaluated, then channeled into one of the “three doors.” This process results in smaller jails because detainees don’t linger for days or months waiting for courts.

The new Denver Detention Center uses the strategy of providing services under one roof. It has two pretrial courtrooms on the same floor as the intake housing area. New arrivals simply walk across the corridor to pretrial hearings. About 40 percent of new arrivals are released within four days and most never use the elevator to courts.

In the next 10 years New York’s infamously discredited Rikers Island may be replaced with smaller jails in the Bronx, Queens and Brooklyn, emphasizing security over deflection and diversion. The size of the proposed smaller jails still threatens to replicate the discredited warehouse model.

J. Cole feels the confines of a prison cell

These approaches collide with the “three door jail” that housing should be more humane, low rise and therapeutic.