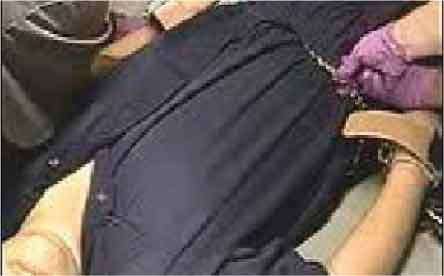 Alabama Department of Corrections (ADOC) has failed to fix its practice of housing prisoners with “serious mental illness” in solitary confinement, a practice deemed unconstitutional and in violation of a 2017 court order.

Twenty-one patients with “serious mental illness” have yet to be released from solitary, and  United States District Judge Myron Thompson, as part of a trial to address solitary confinement, demanded ADOC move them out of confinement  or provide an explanation as to why they have not been moved, reported the Southern Poverty Law Center (SPLC).

“There is overwhelming evidence that long-term solitary confinement has a profound impact on prisoners’ mental health due to the harmful effects of isolation, and that it is worse for those who already suffer from a ‘serious mental illness,’ ” according to the SPLC report.

ADOC failed to consider the impact of solitary confinement on the prisoners’ mental health, and does not pay adequate attention to and appropriately treat those in its care, said Maria Morris, senior supervising attorney for the SPLC.

“We know segregation can be deadly, especially to those already struggling,” Morris said. “The revelation that there are more than 100 prisoners in segregation who have been diagnosed with serious mental illnesses shows that the state has not changed its practices.”

The court has scheduled eight evidentiary hearings to determine the correct course of action the state will take to address unconstitutional prison conditions found by the court.

In June 2017, Alabama’s prison system was found in violation of the U.S. Constitution Eighth Amendment by the U.S. District Court. In a 302-page ruling, the court declared the state corrections system failed to provide mental health care to its prison population, amounting to “cruel and unusual punishment.”

That lawsuit was the latest phase in litigation filed in 2014 by Alabama Disabilities Advocacy Program and SPLC against ADOC to spur changes in prison conditions.