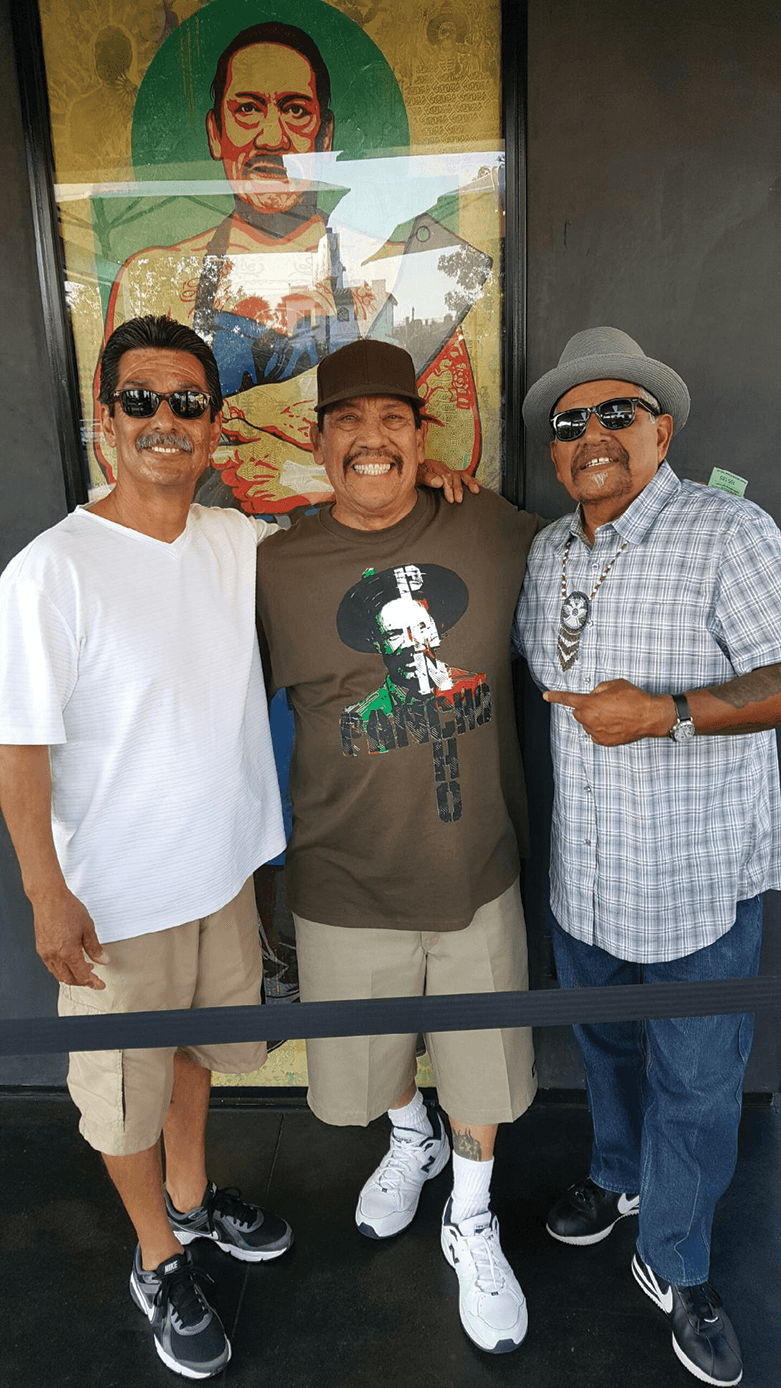 After facing a possible death penalty, Danny Trejo wove his prison experience and tough-guy persona into a successful movie career.

The now well-known actor spoke of how striking a corrections officer in the head with a rock during a prison riot inevitably changed his life, as contained in a Dec. 16 article for LADbible.

“I was throwing it at a group of guys, and he happened to be hit,” Trejo said. “So we all had gas chamber offenses, and we were taken to the hole.

“I remember saying, ‘God, if you’re there, everything will turn out the way it’s supposed to. If you’re not, I’m f—ed.’”

No one came forward to testify against him, Trejo explained. Being able to walk away from the hole without any charges was the wake-up call he drastically needed.

After 11 years in and out of prison for various armed robberies and drug offenses, Trejo realized it was time to give up alcohol and narcotics once and for all upon his release.

“I discovered AA and Narcotics Anonymous,” Trejo said. “My sponsor took me to a program called RIF – Recover, Independence and Freedom – working with teen drug addicts.

“Even now, kids come up and say, ‘Trejo, what’s up? You helped me years ago.’ So that’s been a blessing.”

Mentoring one of the kids, Trejo got called to the guy’s workplace to help him avoid the temptation of freely flowing cocaine. That workplace turned out to be the film set for Runaway Train, starring Jon Voight and Eric Roberts.

“Some 70 million Americans have a criminal record – a number equal to Americans with a college degree,” according to the Brennan Center for Justice.  NEW YORK TIMES July 27, 2018 “Zero Tolerance for Zero Tolerance”

“You have to understand that this was 1985, and on movie sets you could walk into production and cocaine lines were right there on the table,” Trejo recalled. “It wasn’t even hidden.”

The film’s screenwriter instantly recognized Trejo and all his tattoos from Trejo’s days as a prison boxing champion.

“I was lightweight or welterweight champion of every penitentiary I’ve been in,” Trejo once told TMZ. “And I’ve been in all of ‘em.”

“He’d seen me box in San Quentin,” said Trejo, who was hired on the spot to train Roberts. Trejo ultimately would appear in Runaway Train and soon film role offers came pouring in.

“I learned how not to behave on a movie set from Eric Roberts,” explained the affable Trejo. “He was very demanding.”

Trejo has been a favorite of directors Quentin Tarantino and Robert Rodriguez for years,; he was notably featured in Desperado, and starred as Machete alongside Jessica Alba.

The actor’s endearingly gruff demeanor is currently on display in a series of television ads for SlingTV.

“I remember the first time anyone interviewed me,” said the 73-year-old Trejo. “It was this young Chicana, just out of college, real into La Raza – ‘Danny, don’t you feel you’re being stereotyped? You’re always playing the mean Chicano dude with tattoos.’

“So I lifted up my shirt and said, ‘What are you talking about? I am the mean Chicano dude with tattoos.’”