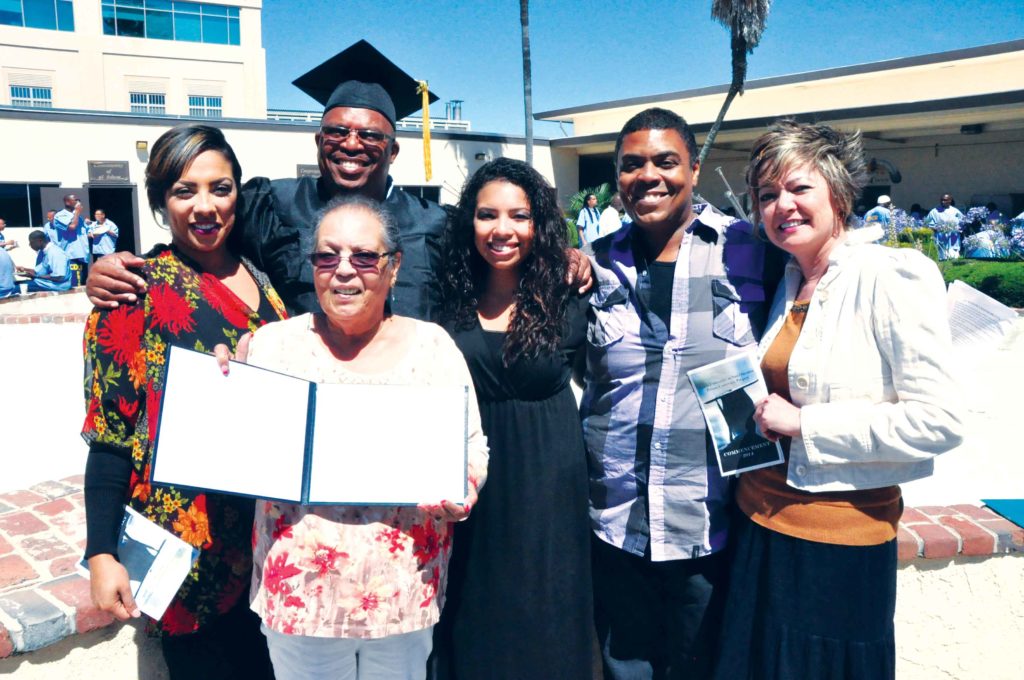 Earlier this month, Aly Tamboura regained his freedom after 12 years of incarceration for assault. To say he is rehabilitated would be an understatement because, as it is sometimes said, “all felons are not created equally.”

Tamboura, 50, did not serve a life sentence, so he could have sat around, done nothing and paroled from prison the way he entered, or worse. Instead, he strained tirelessly to change his life by taking advantage of every conceivable opportunity to redeem himself. 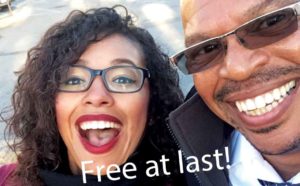 “My aunt told me when I came to prison that I would never have this kind of time to focus on improving myself,” Tamboura said. “I earned a college degree; I learned to write computer code. I did all this so I could go directly into a job.”

Tamboura was successful before prison, so he knew exactly what to do when he arrived, which was to excel at everything he set his mind on. “Coming to prison at my age, gangs and malefactors couldn’t influence me,” said Tamboura.

Tamboura was the class valedictorian when he received his Associate of Arts degree from Patten College in 2014. He also participated in creative writing and completed GRIP (Guiding Rage Into Power) and The Last Mile, an entrepreneurial training program, where he came up with the idea for Verisite, a company that creates underground, digitized maps for mobile devices.

Tamboura is the former owner of Subdynamic Locating Services, Inc., a geotechnical company that located underground utilities and structures. He incorporated his work experience and knowledge to expand his horizons. His talents did not go unnoticed by the prison’s Education Department. 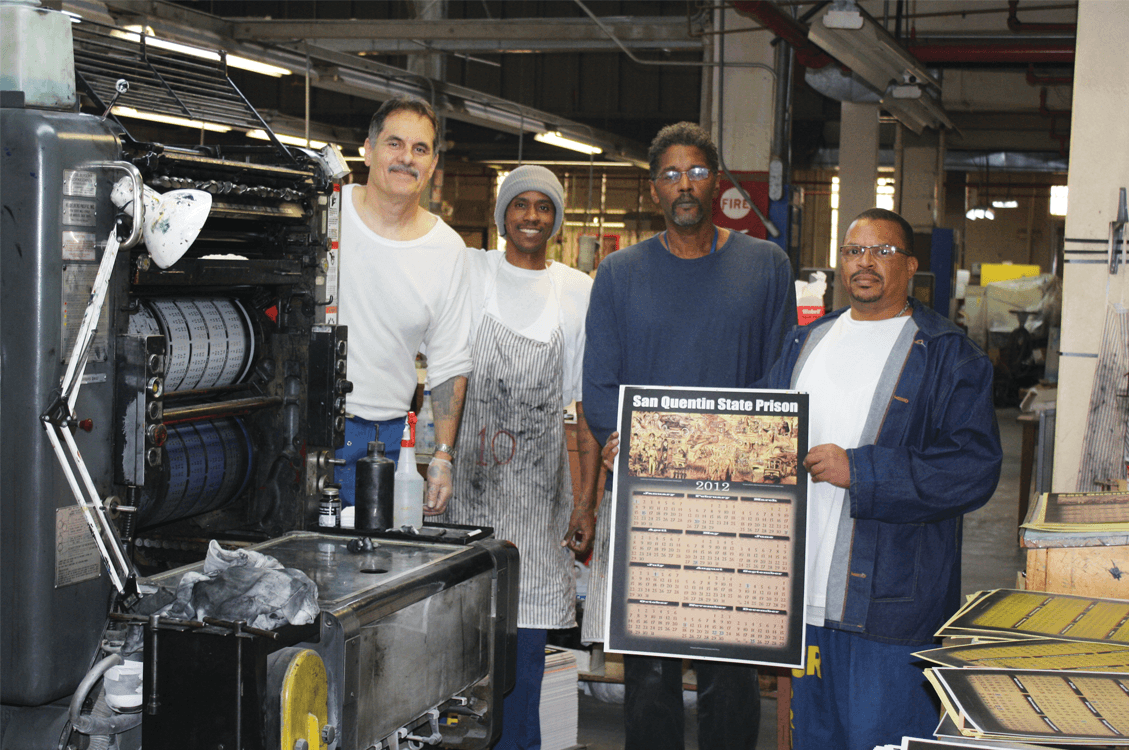 “Principal (Ted) Roberts came to the print shop one afternoon and pulled me aside,” said Tamboura. “He asked me if I would like to start a prison newspaper. I explained that I had no idea how to run a newspaper, but I would think about it.”

“I was terrified,” said Tamboura. “The warden never said anything to me personally, but Ted and John pushed hard for me to be a part of the project.”

Tamboura said at the time he believed the idea to be “a fool’s errand,” believing any inmate who would agree to run a newspaper in prison would be labeled a snitch at best, or worse victimized by other inmates. He is one of the original inmates who helped to resurrect San Quentin News.

“The men (inmates) had no clue about how to turn the machines on, let alone use the software to type, edit, and publish text in a newspaper,” Tamboura said. “Basically, if there was going to be a newspaper, I would have to do all of the computer work and the printing prep work.”

Tamboura said he started by calling a friend who worked at Adobe to get a list of professional publishing software. He then wrote requests for quotations and filled out forms to purchase Adobe Creative Suites software and other tools, such as 10 portable Neo word processors, ink, paper, and other printing supplies. 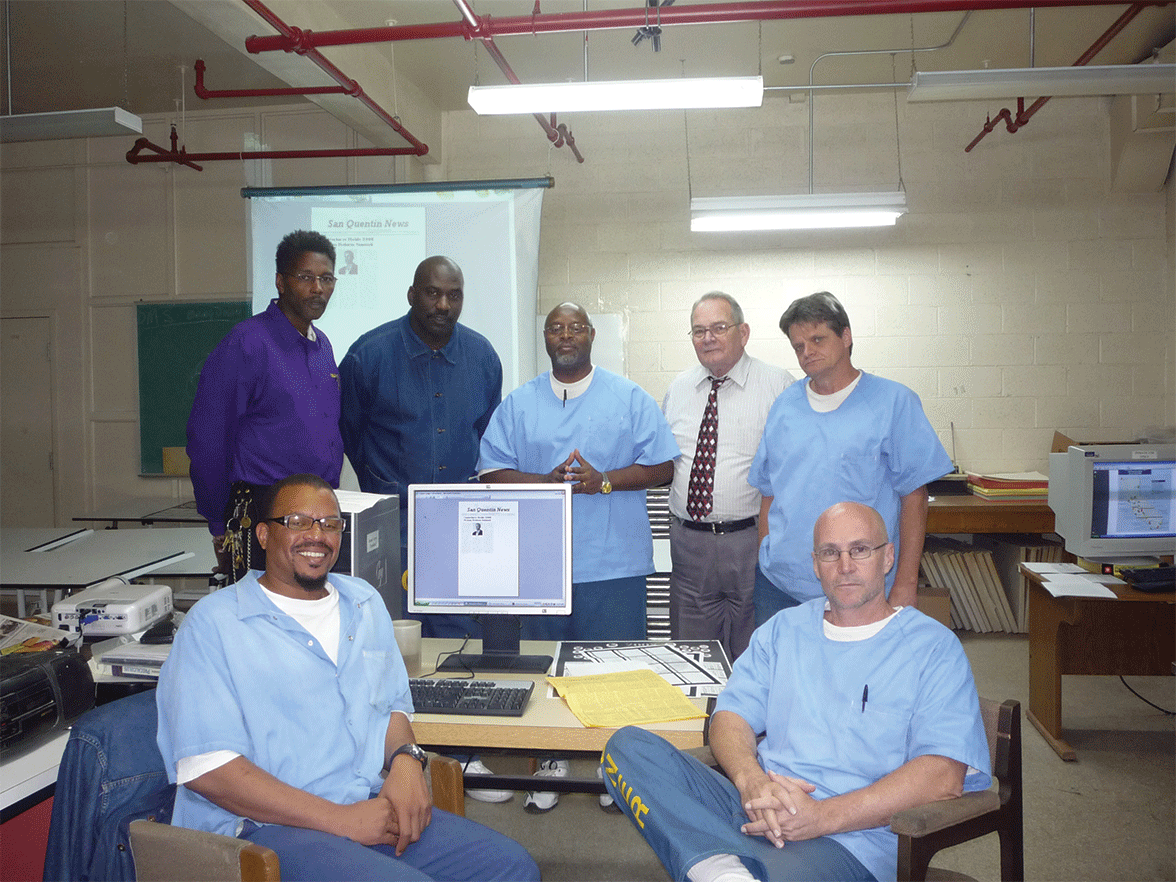 “It was a tremendous amount of work and John left it all to me,” Tamboura said. “The hardest part was earning trust with the administration and the inmate population.

“In the beginning we got hell from inmates and staff,” Tamboura said. “Inmates felt the News was a mouthpiece for the administration and some guards thought it was an inmate rag. That changed because of the writing and the relevance of the articles.

“One of the things that got some guards involved was Suduko. When they finished with the puzzle, they started reading,” Tamboura said.

He noted Warden Ayers assembled the team of retired journalists from the community: John Eagan, Joan Lisetor, Steve McNamara, and Steve Cook. They guided the inmates in operating the newspaper. He said Eagan and the other advisers and Ayers were the only ones who believed the newspaper would work.

“We had meetings twice a month where it was becoming apparent that none of the prisoners who were writing articles understood how to write in journalistic style,” said Tamboura. “I come from a technical background. Learning to write as a journalist from behind prison walls is challenging, to say the least.” 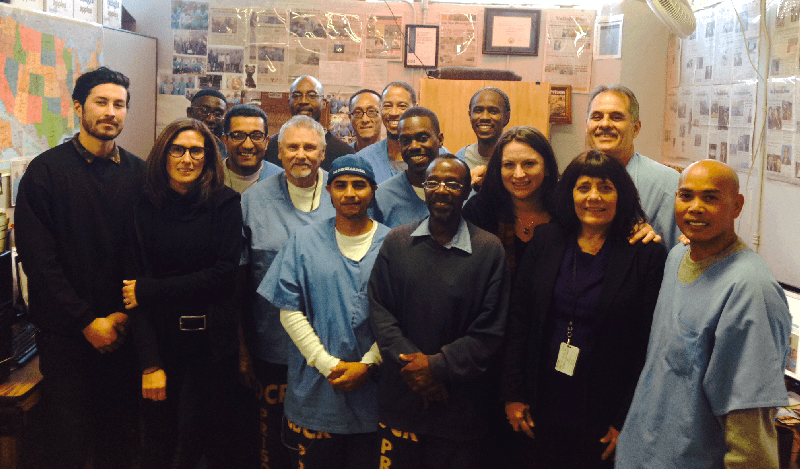 Tamboura said he and then-Editor-in-Chief Kenny Brydon approached the director of the Prison University Project, Jody Lewen, and asked for help. He said she brought in Nigel Hatton from the Stanford University to teach a semester-long class on journalism. In subsequent years, Eagan taught weekly writing classes in the San Quentin Journalism Guild.

Over the years, Tamboura served the News as writer, layout designer and distributor. He also trained many of the men who have come and gone, including current Editor-in-Chief Richard “Bonaru” Richardson, who started as a student in the print shop as an offset printing press operator.

“We didn’t really like each other at first, but after a while we became good friends. In fact, all of us became friends,” Tamboura said.

“Becoming a friend to Aly (Tamboura) has benefited me greatly in life,” Richardson said. “I’ve learned extensive life and job skills from him that have been very valuable toward my growth as a person.”

“I wouldn’t be forthcoming if I didn’t tell about all of the arguing that went on,” said Tamboura, reflecting on how everyone had ideas on what direction the newspaper should go, discussing those opinions into intense disagreements.

“When I first met Aly (Tamboura), I thought he was too smart,” said Arnulfo Garcia, executive editor of the News. “I didn’t think I was going to be able to establish a good conversation with him. But over time, working with him in the print shop, I found that his knowledge was useful, not only to me but to other men around him.”

For the last two years, Tamboura has been a student in the Code.7370 program where prisoners learn computer coding. He used what he learned to single-handedly build the current San Quentin News website from scratch.

“I learned what it means to have integrity,” said Tamboura. “It’s something John Eagan always pushed: ‘Write what you know and write the truth.’ ”

Tamboura said he is grateful and owes many of his accomplishments to the vision that Warden Ayers had for San Quentin. “He ran this prison more like a college campus and rehabilitation center. I really hope the current administration can look to things Ayers did to keep it going as a model for what prison should be.”

He said he plans to take what he has learned and apply it to life. “Immediately upon my release, I’m going to work in San Francisco as an intern for The Last Mile.” In January he will start school at a coding academy to strengthen what he has learned in prison. “If I complete these milestones, I have possible employment at a tech company.”

Tamboura is starting a new chapter in life. He came to prison; he achieved and returned to society, debt paid. 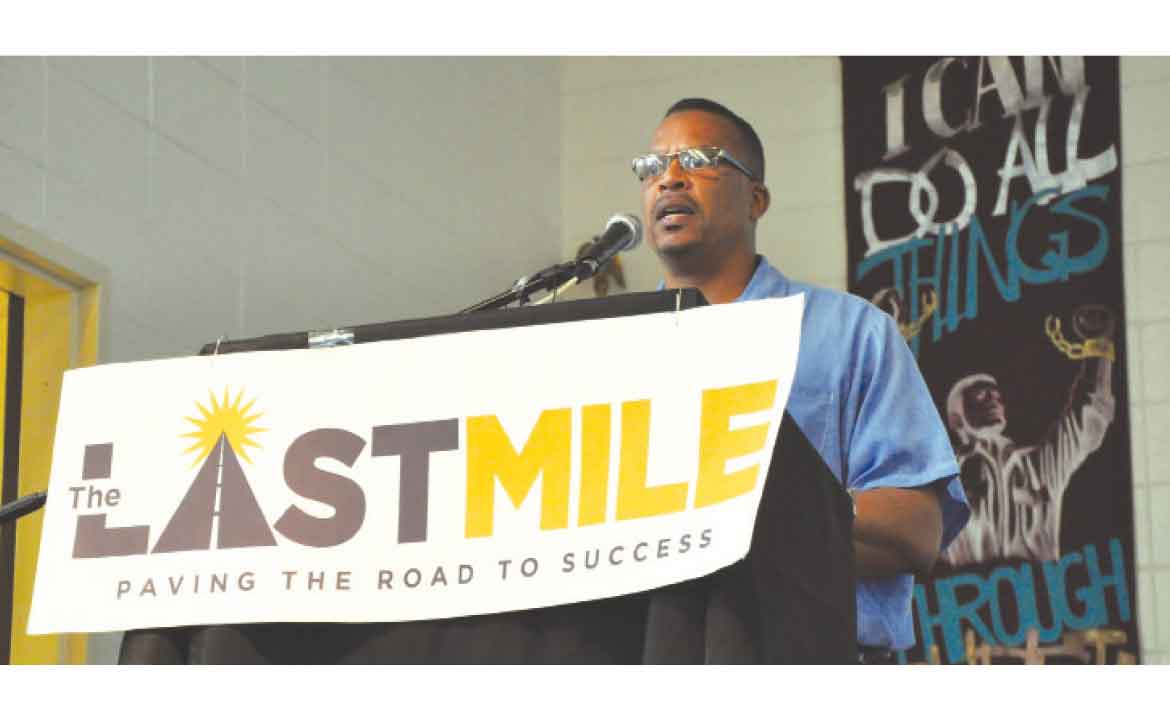