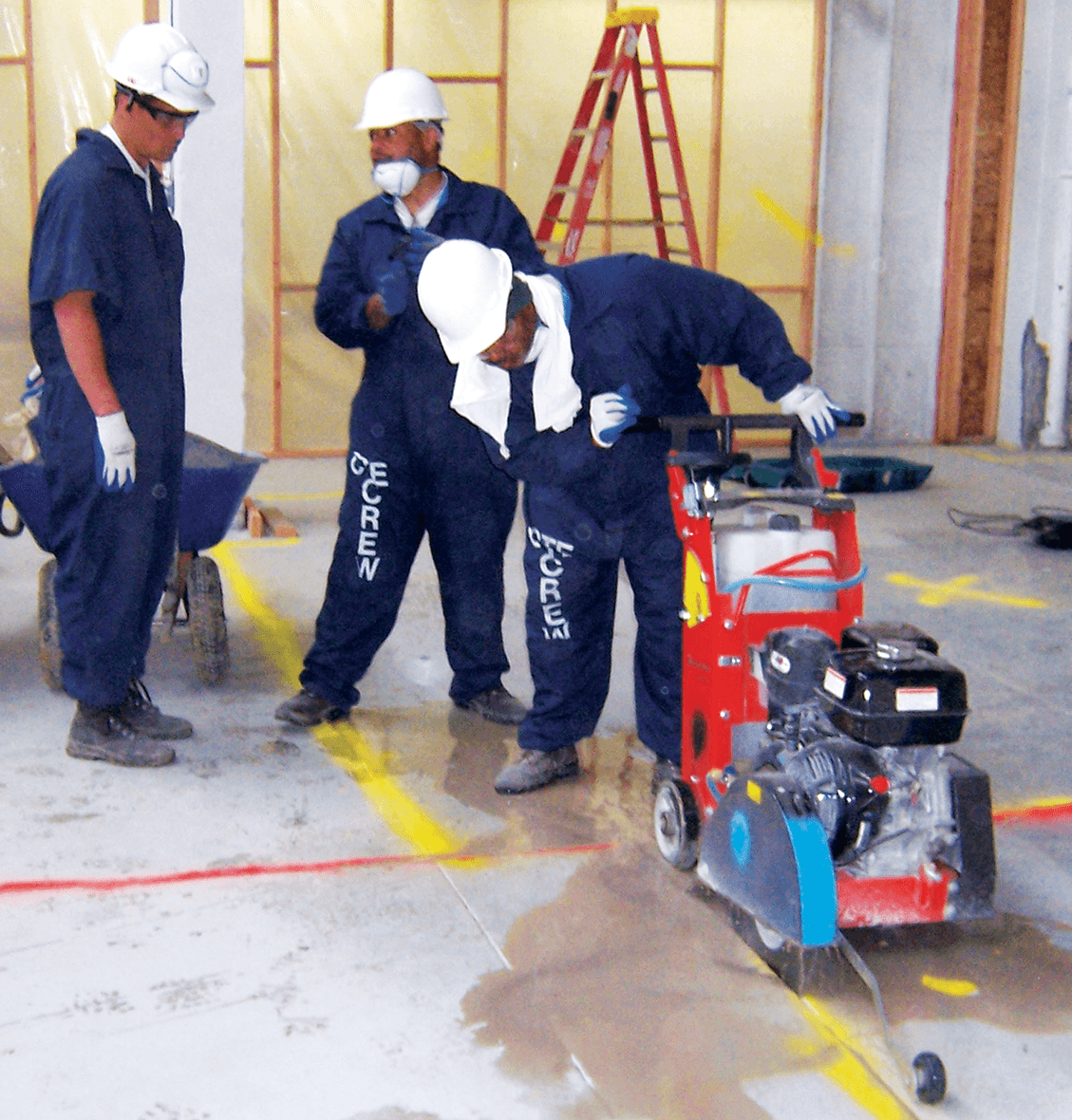 He has worked in the construction field for nearly two decades and decided to give back by teaching San Quentin inmates what he learned.

Venegas, an immigrant from Mexico, knows how difficult it is to find employment. The collaboration between the Prison Industry Authority (PIA) and the CTE program has made it possible for inmates to get direct entry to employment upon their parole.

“Greg has strengthened my confidence and security about my future,” said Romeo Bacos, a youth offender incarcerated at the age of 17. He recently graduated and is now one of the eight teacher assistants (TA) in the program. “He worked to get us to be members of LIUNA (Laborers’ International Union National Association), and benefits upon our release,” Bacos said.

LIUNA has offices in Northern and Southern California, and guarantees CTE graduates who show up a job, said David Lee, another TA, incarcerated for robbery with a few years left to parole.

“If I had this program when I did my first term, I don’t think I would have come to prison this time around,” Lee said, recounting the difficulties of finding a job before committing his crime.

Since 2015, Venegas has expanded the program with the help of Tim Linn, a retiree from PIA. With Linn’s help, the CTE construction program was able to attain work for the students, according to Venegas.

Venegas recruited the oldest TA, Louis Hunter, 58 to help lead the class. Despite, his 65-year-to-life sentence, Hunter graduated with two degrees in Christian Ministry in 2014 and is an active member of the Protestant Church at San Quentin.

The program needs a person who is experienced, passionate, and level-headed about himself and Hunter was the best fit for this program, Venegas said.

The program’s widespread popularity attracted many applicants. Eager to join, Harry “ATL” “Phenom” Smith knew nothing about construction when he enrolled, but now he’s one of eight TAs in the program to help train the incoming class.

“Greg taught me the foundation of construction,” Smith said. “He simplified the process.”

Known as Louie the Plumber, Louie Light discovered the program during one of his plumbing assignments where he met a student in the CTE program who told him about its benefits. Light applied immediately.

“Greg is very selective in who he hires into the program,” Light said. “Typically they have to have three years or less to their parole date.”

Light, who has a parole date of 2040, however, was an exception. He credits his plumbing experience for acceptance into the program. However, his peers think it’s his humorous demeanor and light-heartedness that got him hired.

Most vocation programs at San Quentin are about a lot of bookwork and staying clean. But anyone thinking about joining this program had better be prepared to be dirty and messy, Light said.

Selection for the TA position isn’t all about the know-how, according to Rich Banuelos, who is the program’s electrician/field instructor. Banuelos said the program selects based on guys who are motivated, can take direction, have positive attitude, work well with others, are accountable, and are not trying to step on other people to further their personal agenda.

You need to be willing to sweat, get dirty, step in sewage water, and “make friends with dirt,” said David Silva, a youth offender who also graduated and became a TA.

Bacos lauded Venegas for organizing a program where “generations after me will have a space to learn valuable, marketable skills while giving back.”

Pointing to his peers and a pile of books and tools on the wooden tables, Bacos said, “In some ways, together as a community, we are making society as a whole safer.”