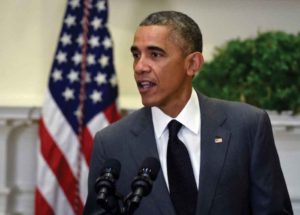 Gov. Jerry Brown has vetoed a bill that would have expanded media access to specific prisoners.
“Giving criminals celebrity status through repeated appearances on television will glorify their crimes and hurt victims and their families,” Brown wrote in his veto message of AB 1270, sponsored by Assemblyman Tom Ammiano, D-San Francisco.
Current prison policy allows reporters to conduct random interviews with inmates, but they cannot specify which inmate to interview.
“The cost of implementing and monitoring this expansive new level of access should not be imposed at a time when prison budgets are being cut,” Brown’s veto message said.
The bill would have prevented authorities from retaliating against inmates who granted interviews. A request could be denied if authorities concluded the interview would endanger prison security or the physical safety of someone inside or outside of custody.
The current controversies produced by prison overcrowding and last year’s prisoner hunger strike attract the attention of the media, a Los Angeles Time editorial noted. “Despite that, California’s prisons are notoriously off-limits to the kind of scrutiny that is routine for most public agencies. Questions about living conditions behind bars, for instance, are difficult to pose and report.”
“I agree that too little media access may be harmful, but too much can be as well,” Brown’s veto message concluded.

My name is Van Jones. I used to work in the White House. And now I don’t. What I said [when I was here before] I say again: you guys are needed. I had a suspicion before, but I have a certainty now.
I was blessed to work in Washington D.C.…I was in the cockpit for six months. I got a chance to see all those reports that get written, all that data. I got a chance to see all the information up close. We’re in economic and ecological peril. But we have a great pilot. Barack Obama volunteered to be the captain of the Titanic after it went down. Remember, whatever you are mad about, he wasn’t the one driving it when it hit. The slogan was never, “Yes HE Can.” Somehow, it went from “Yes WE Can” to “Yes HE can.” Then it became, “Maybe He Can’t.” Then everybody got mad.
I didn’t talk baby talk when I was here last time. I’m not going to talk baby to you now. The movement for hope and change is in trouble because of a combination of factors: the backlash agenda. It’s not just to derail what [Obama] stands for politically and economically, but also what he stands for spiritually and culturally… Nobody came away from those rallies with the President when he was a candidate and said, “Oh my God I just saw Barrack Obama. I feel so informed.” No, they said they felt inspired spiritually.
It’s a blessing to serve a President like we have… But to put him in a position where he has to be perfect when the rest of us are not perfect is not right. I went from the jailhouse to the White House in 72 hours. And it was the same thing going on in both places, literally. The only difference was your bodies are fixed but your minds are free. People there, their bodies are free but their minds are fixed. Because if they say one wrong word they are through.
Adversity will make a weak person weaker and a strong person stronger. And you don’t know who you are until you deal with that adversity. There’s a reason why everybody is in this room right now, here at this moment. Because we need some strong people. Not for you but for the babies out here… They need some strong brothers. We who have gone through our stuff… These babies need somebody that is strong. We need you to keep the negative away from them.
I’m not talking about the beef you have with someone else but the beef you have with yourself.
That’s the beef you’ve got to squash and let go. You don’t have a single enemy on this staff or on this yard that will talk to you like you talk to yourself. Your enemy is when you close your eyes at night. You deal with that enemy and the rest of your enemies will all go away.
I know about humiliation. I know something about being ashamed in front of my children.
And just like you I only had one choice: To be bitter or better. The only thing they’re going to say about the brother is, “Was he bitter or better?” Yeah I was under the couch crying and all that, but no one wants to hear that. I was in therapy. The only verdict they want to hear is, “Was he bitter or better?”