This successful event motivated all staff and inmates in attendance. The purpose of the event was to highlight the positive programming of the participants enrolled in the Youth Offender Program at VSP. 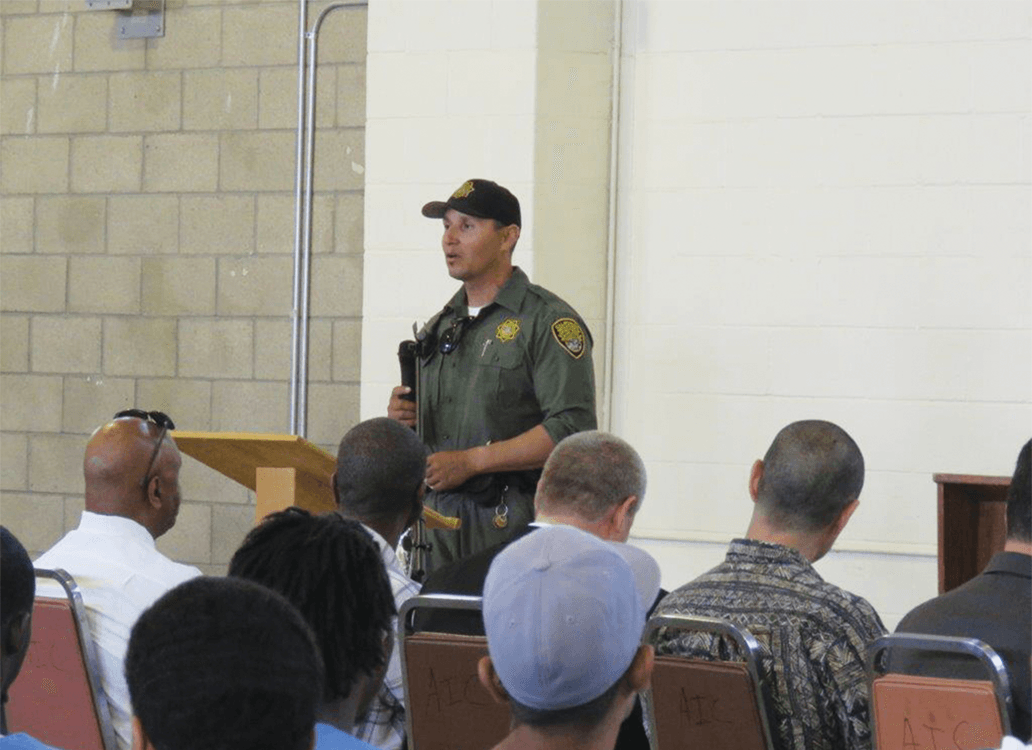 Outside guests and guest speakers were invited to promote motivation and encouragement to the youth offenders. The youth offenders, youth mentors and numerous guests packed the VSP main yard gymnasium. There were approximately 185 youth offenders which consisted of 96 Level III overrides. Also in attendance were 60 YOP Mentors who are responsible to mentor the youth by providing positive advice and helping them navigate their way through prison life issues. Last but not least in attendance were five YOP Facilitators: C. Broadnax, V. Trillo, R. Delgado, R. Wright, and P. Arteche. These YOP facilitators are responsible for mentoring as well as facilitating curriculum in a classroom setting to all youth offender participants at VSP.  Curriculum that is offered to the youth offenders consists of Cognitive Behavioral Therapy, Victims Impact, and Thinking for a Change (T 4 C). These facilitators also work with mentors to help establish and set goals for participants.

One by one, outside guests took their turn speaking from the podium and sharing their stories.  Keith Chandler (Law graduate), Eugene Dey, CATC III (Transitional Housing Specialist), Johnny H. Saldate (ex-parolee), Kendrick Stokes (parolee) all spoke words of encouragement to the youth.  As each one of these formally incarcerated lifer’s spoke, it was apparent you could hear and see the transformation in their lives.

The common consensus from their speeches was that change is possible so long as you are ready and willing to make the effort.

E. Tostado, Parole Agent III from the local outside parole region, reiterated that change is possible, by commenting on Mr. Saldates and Mr. Stokes reintegration back into society.

Change is possible so long as you are ready and willing to make the effort.

There could be no doubt that the energy level was high from these positive motivational speakers, but the energy level skyrocketed when VSP Youth Offenders: C. Moreno, R. Sueing, C. Konopasek, L. Quiroz,  N. Riggs, C. Mathes and J. Garibay, took to the podium with their assigned facilitators by their side, and spoke on what they have learned thus far from the Youth Offender Program. Each one of these Youth Offender Program participants had extremely impactful speeches relating to positivity.  Each one praised their new found growth in becoming responsible young men from, in large part, the life skills they have obtained from the Youth Offender Program. There was no doubt this motivational tour was in fact a success.  The Youth Offender Program at VSP was officially activated on Jan. 9, 2017, with the purpose of changing the future one youth at a time.  With all the hard work and dedication put into this program change is in fact happening.  We look forward to our upcoming Youth Offender Program graduation scheduled for January 2018.  Thank you to E. Alva, CCII/YOP Coordinator, B. Hernandez, Correctional Officer/Resource Officer and Valley State Prison Warden R. Fisher for making this program and event possible.