Susan Burton in a lock up facility

Susan Burton was exactly where she wanted to be that day in May— back in prison. It had been twenty years since her last incarceration but this time, she wasn’t in the California Institute for Women (CIW) to serve time. She was there to talk.
“Your life matters,” she told her audience of 100 inmates before signing copies of her book for the women. The memoir, Becoming Ms. Burton: From Prison to Recovery to Leading the Fight for Incarcerated Women, tells a story of “unspeakable violence” according to the Los Angeles Times. Violent incidents are common in the lives incarcerated women. But Burton managed to turn her life around and translate her story, which included six incarcerations in prison, into her life’s work. 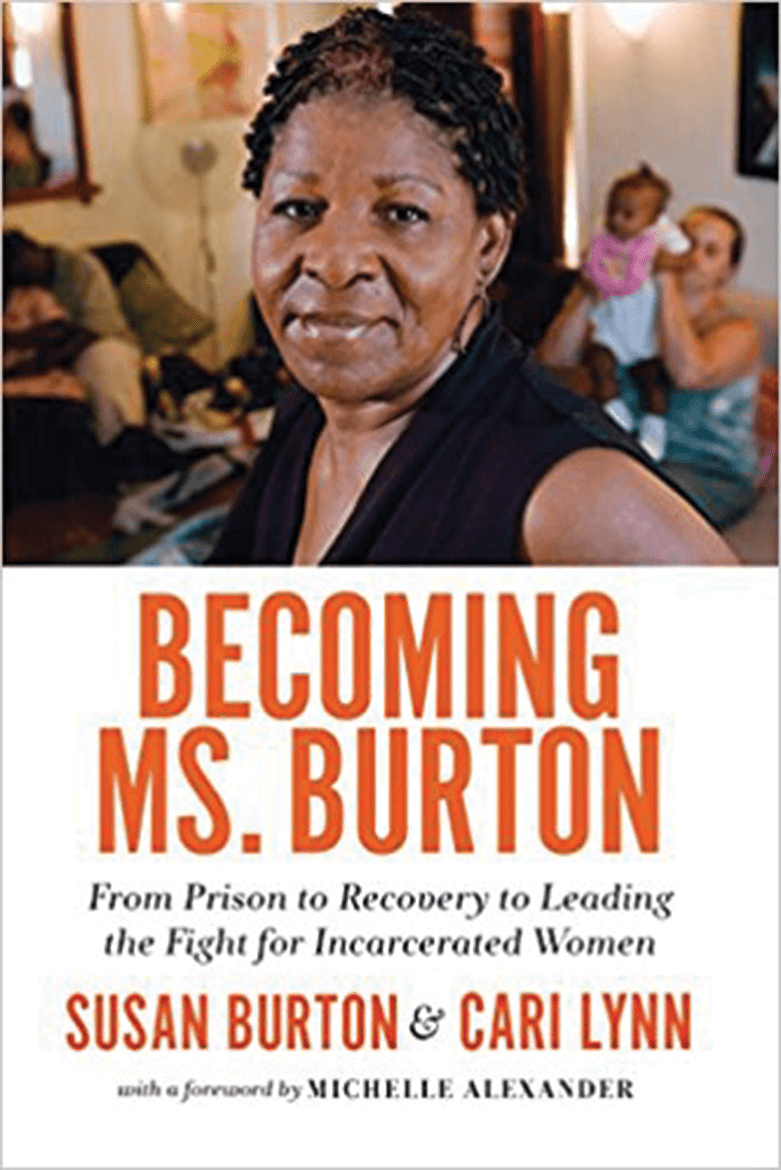 Ms. Burton: From Prison to Recovery to Leading the Fight for Incarcerated Women (2010)

Burton’s Watts-based group, A New Way of Life Reentry Project, has thrown a lifeline to approximately 1,000 formerly incarcerated women trying to break the cycle of repeated incarceration.
She was inspired by the treatment she finally received at a substance abuse center in Santa Monica California, a predominantly white area.
“People are treated differently in Santa Monica than they were in South L.A.” Burton told the CIW audience, drawing “um-hums” from the largely black and Latino crowd. She said she received counseling and resources unheard of in the Black community.
“We tell our people they had a normal response to a violent society,”

Ms. Burton grew up in the Boyle Heights projects in South L.A. She suffered continuous sexual abuse, first at the hands of her aunt’s boyfriend at the age of four and then by a man she met going door to door for a program for underserved children. She had a daughter at the age of 14, following a gang rape and later lost her 5-year-old son when an off-duty LAPD officer ran him over.
The culmination of these events led her into deep depression and substance abuse. Even though most of her charges were for drugs, she never got any treatment in prison.
Today, her New Way of Life Reentry Project has grown to five residences, and staffs 25 employees, including a social worker, public policy advisor, and various organizers. Burton has used her voice to fight against long prison sentences, and has created a movement to restore full rights to ex-felons. Some refer to her as a modern day Harriet Tubman.
“I try to be humble, but I want you to know I am powerful,” she told the CIW inmates. “I feel like I’m building an underground railroad.”
A New Way of Life has fewer restrictions than most halfway houses, making it feel less like prison. The program’s attorney will help residents gain custody of their children, who can live there too and visitors are welcomed.
All houses have a mandatory sobriety policy. Residents are up by 8 a.m. for meditation and then set off to school or work. Yet the houses have a family atmosphere. They celebrate birthdays and have barbecues.
Burton wants to develop these women into leaders and advocates. She speaks out against the Trump administration effort to maximize drug-sentencing laws and eliminate federal prison halfway houses.
“We tell our people they had a normal response to a violent society,” she told the Los Angeles Times. “We can help them become knowledgeable and better people.”