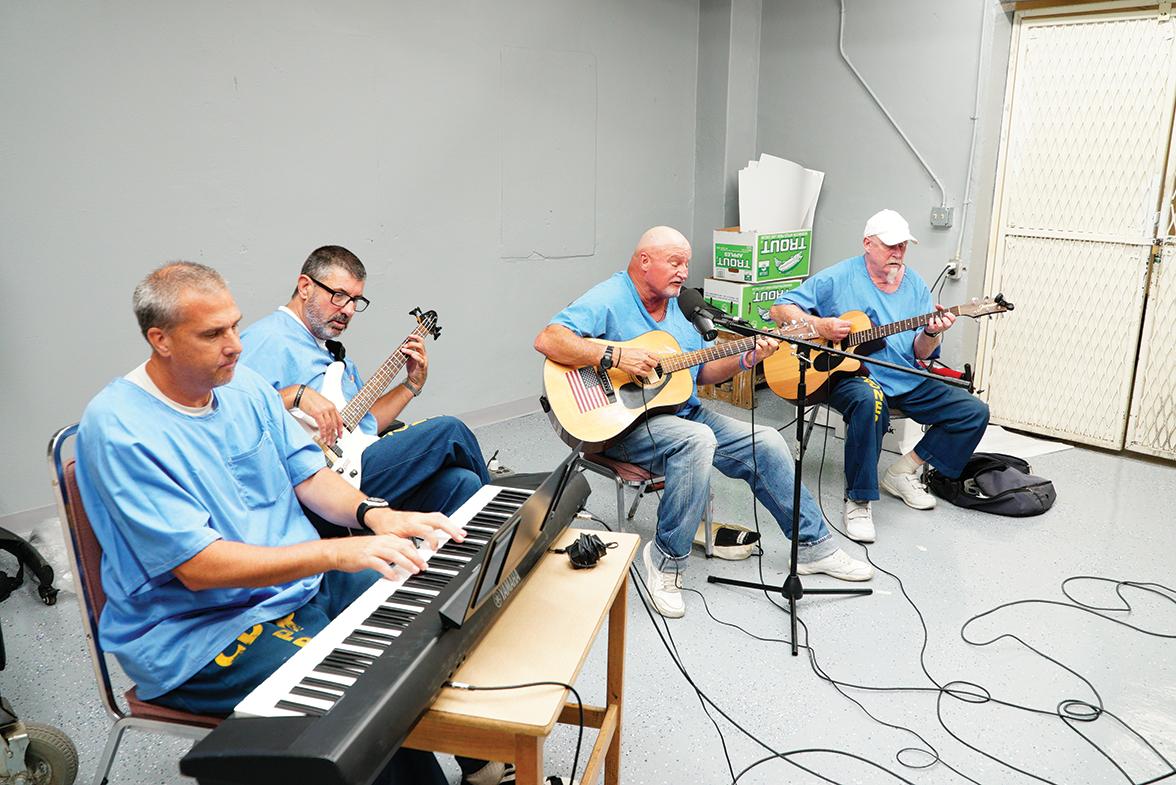 If you go to the Metropolitan Museum of Art (the Met) in New York City in the spring of 2019, don’t be surprised to hear music created by musicians incarcerated at San Quentin State Prison.
“I’m in a 6×9 cell and my voice is going to New York—that’s God,” said singer Mike Adams, who has been in prison 19 years.
The 51-year-old’s rendition of “Amazing Grace” was chosen by representatives of the museum to be used in a performance that blends ballet, opera, spiritual songs, and art history.
The concept, “From the Spirits,” is the brainchild of accomplished ballet dancer Silas Farley and Met General Manager of Live Arts Limor Tomer.
Tomer, an ex-radio producer, was inspired to include San Quentin artists after listening to the hit podcast Ear Hustle produced inside the prison.
Farley, his wife Cassia, Tomer and Met Director of Education Programs Sandra Jackson-Dumont arrived in San Quentin on June 11 to hear several artists audition, in what was more of a jam session than a competition. 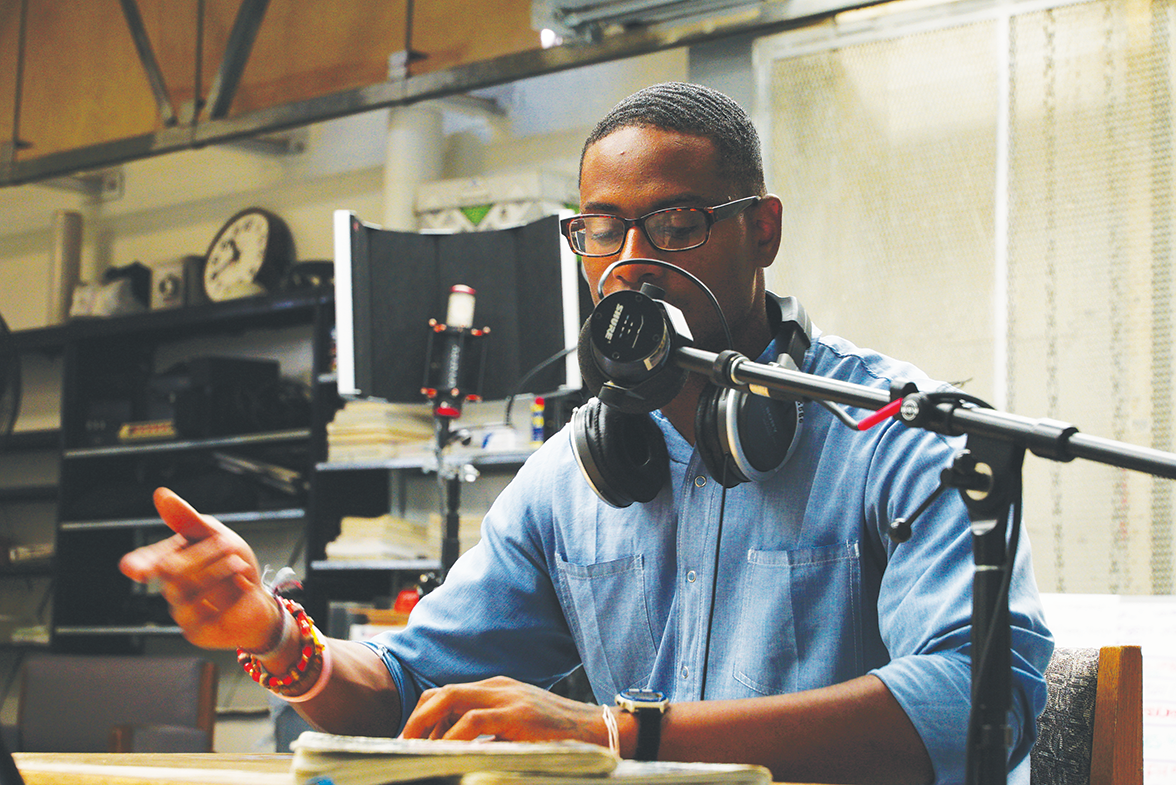 On July 25, Pat Mesiti-Miller, Outside Producer for Ear Hustle, delivered the news that the Met chose music by rapper Calvin Johnson, singer AJ Gonzales, harmonica player Gary Harrell, band Quentin Blue, bass-guitarist Charlie Spencer, rapper Lemar “Maverick” Harrison and Adams at a recording session for the project.
Adams fought back tears when he heard the news.
“I needed to hear that,” Adams said. “It’s hard sometimes to go through so much as a man of faith. Faith is based on spirit. You don’t always get that up in here.”
Johnson, a 25-year-old Oakland native who grew up in foster care and group homes, writes rap music based on his Christian faith. He performed his song “Blinded by the Light” by banging the beat out on a table with a pencil and it got him chosen.
“I feel like David beating Goliath,” Johnson said. “All I had was a pencil, table and the word of God.”
He became a Christian when, during his third month in jail on a six-year sentence, his bunkie told him to read Proverbs in the Bible.
“I read Proverbs in tears,” Johnson said. “It felt like the parent I never had. I’ve been getting fathered by God ever since my incarceration.” 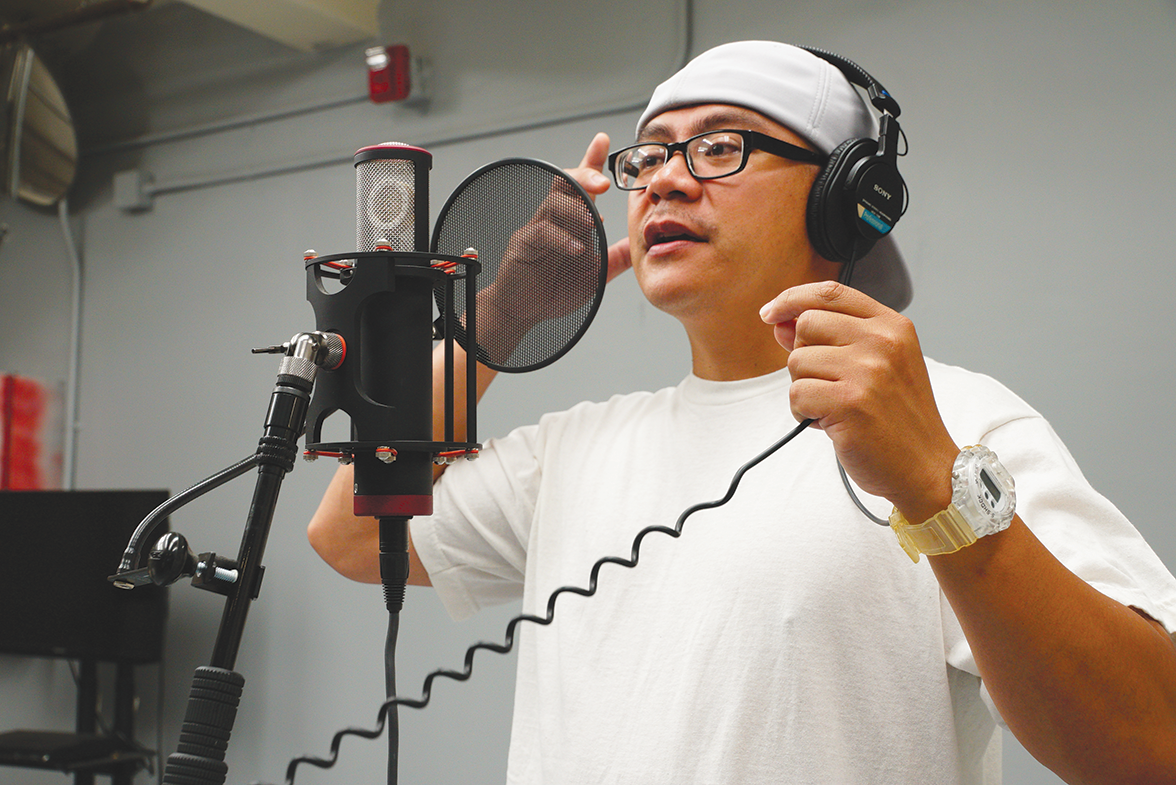 Gonzales, a 38-year-old Filipino from Vallejo, started singing in school choirs rather than in church. While working at the firehouse at San Quentin, he heard a poem called “Reflections” by fellow incarcerated firefighter Bradley Vangroeningen. Gonzales turned the poem into a song and performed it for the Met reps.
“We didn’t try to make a hit song, we just tried to express our faith,” Gonzales said. “It’s just a blessing that somebody can hear our song outside these walls.”
Harrell, who is 63 years old, has been incarcerated 42 years on a 7-to-life sentence. For decades, he was doing the same type of stuff that landed him in prison until about eight years ago. Now serious about his Christian faith, he was baptized last Easter.
Accompanied by former Club Nuevo member Jeffery Atkins, Harrell recorded a new rendition of the soulful harmonica playing that impressed the Met reps at recording session. 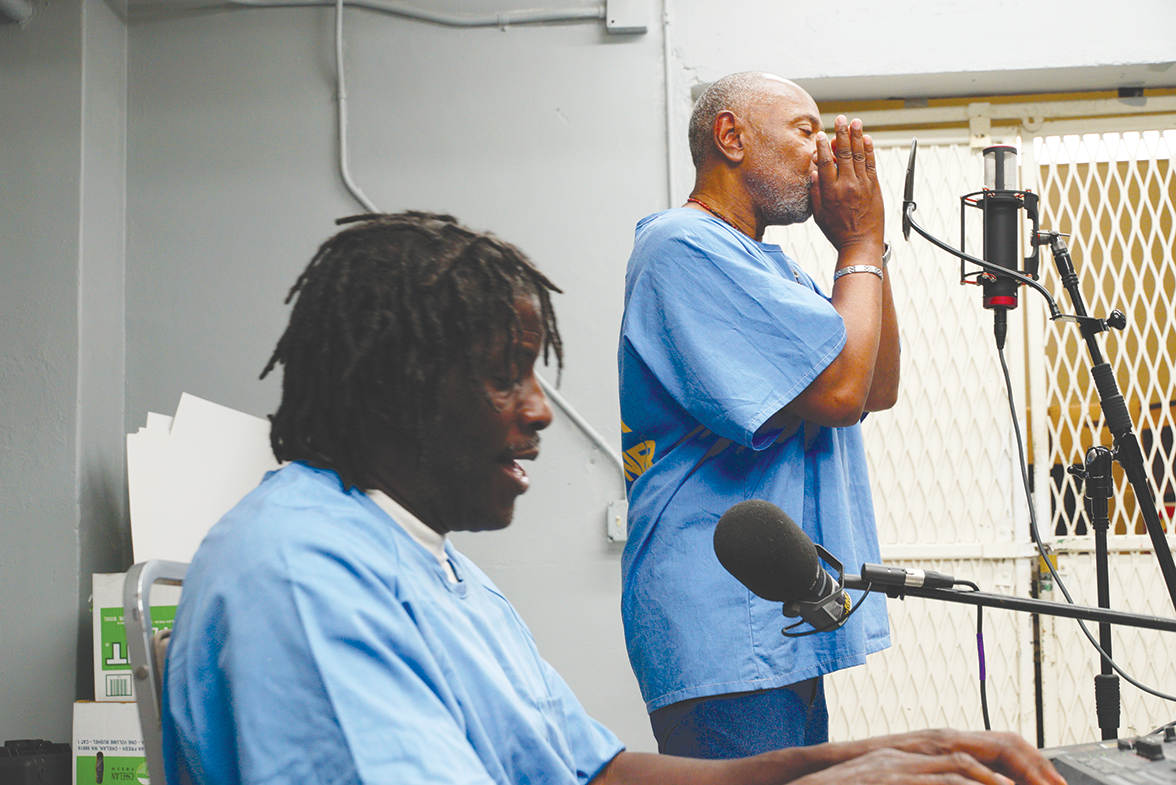 “It’s an honor and privilege to be associated with honorable people,” Harrell said. “I’m looking forward to seeing the finished product.”
Quentin Blue was chosen for “The Gathering Song.” The band is made up of four guys over fifty-five: Richie Morris, 57, Dwight Krizman, 63, Chris Koppe, 61 and Mark Kenny, 56.
Kenny and Koppe just joined the group, replacing Charlie Spencer, who paroled. 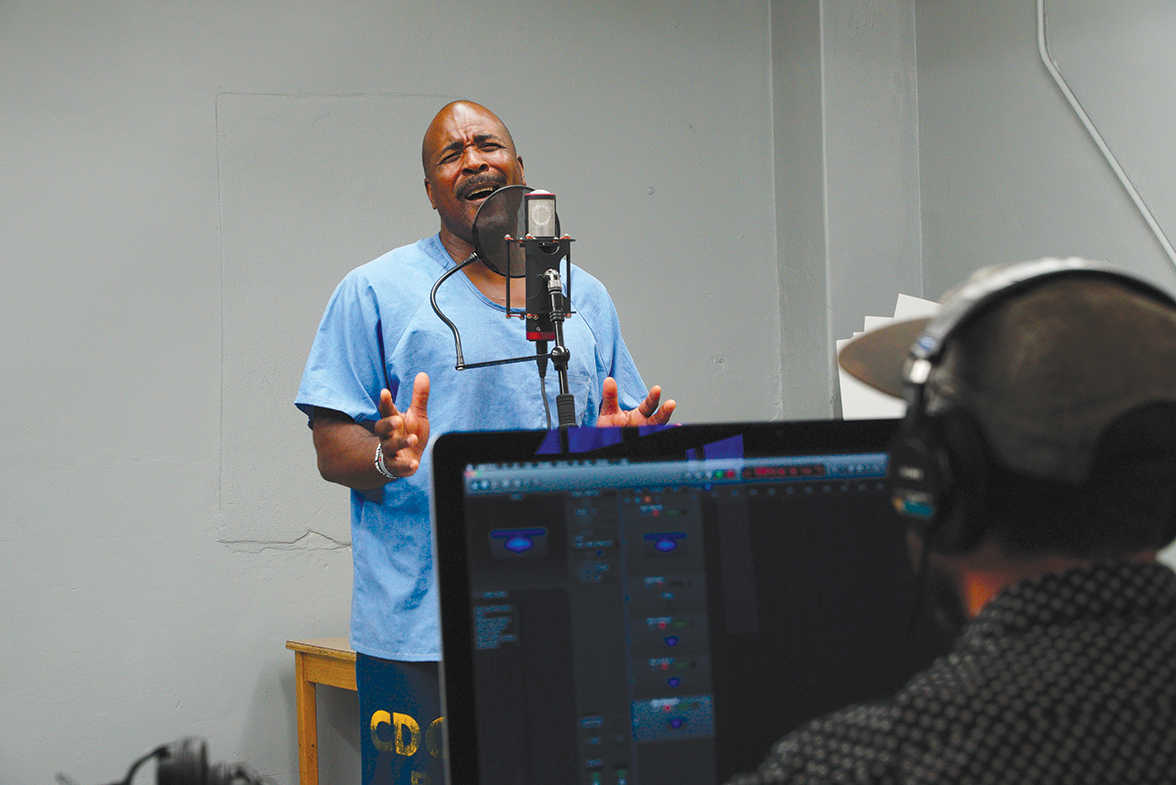 “I’m absolutely humbled by it,” Kenny said. “God opens doors for us. Sit in the middle of his will and things happen for us.”
Le’mar “Maverick” Harrison, is a Christian who raps. He and Spencer paroled before the announcement that the Met wants to use their music. Johnson and Gonzales are scheduled to parole in a few months.
Mesiti-Miller plans to mix down the artists’ music and get it to the Met team.
“Everybody who has participated has been tremendously talented,” Mesiti-Miller said. “It’s an honor to record their voices and songs. It’s great to get these songs out. And the idea that it’s going to reach so many people—I feel all the songs are worthy of that.”