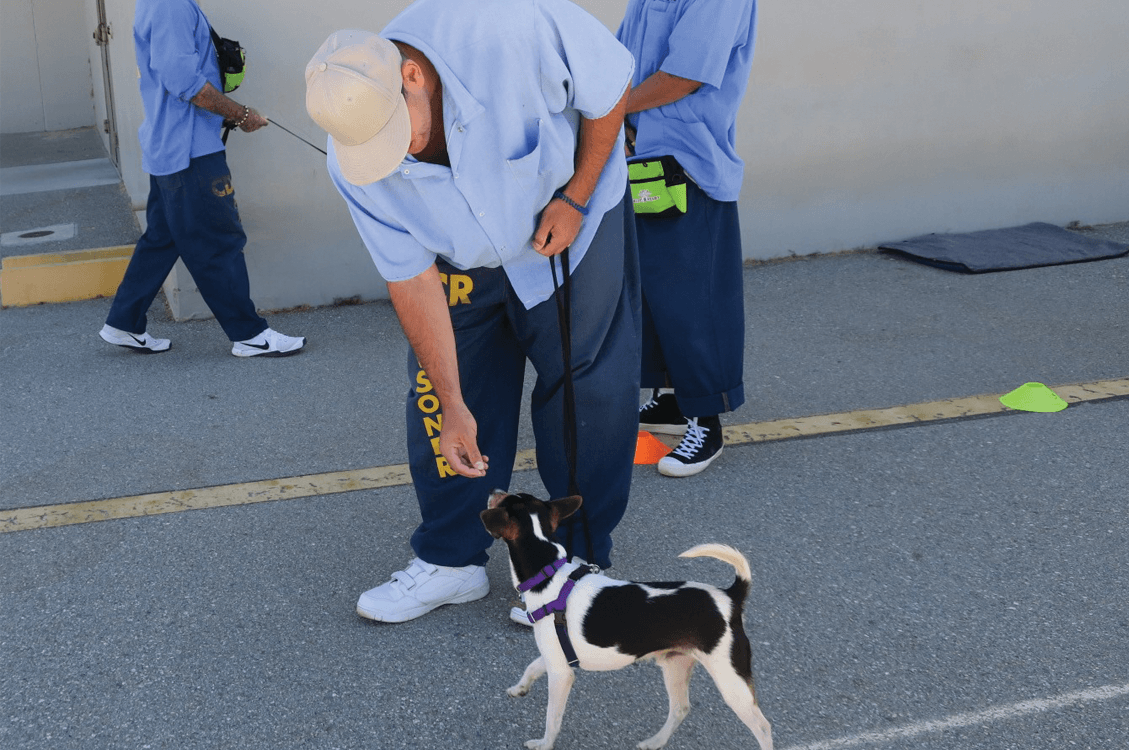 Maximum security prisoners are benefiting from a rare opportunity to rehabilitate themselves by learning to care for, train and live with rescued shelter dogs.

In the Ruff Start program at Salinas Valley State Prison, prisoners work in pairs with an assigned dog 24/7 for eight weeks, according to The Monterey Herald.

There are some prerequisites that inmates must meet in order to be accepted into the program, including being disciplinary-free for at least one year.

Lt. David Lopez, Ruff Start’s liaison officer, reported the program noticeably affects the prison environment because inmates intentionally avoid trouble in order to earn their chance to care for one of the dogs.

“They’re pretty much model inmates,” Lopez said. “What this equates to is staff safety and rehabilitation for the inmates, who will be returning to our communities at some point.” 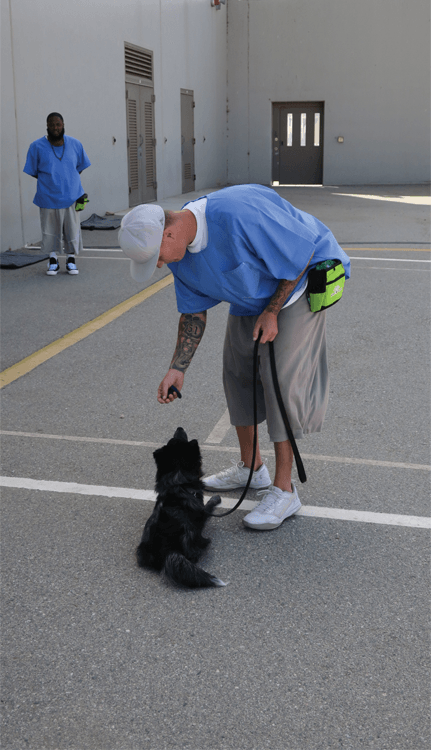 The program’s most recent cycle involved eight dogs and may include as many as 10 dogs next session.

“This is one of the best rehabilitative programs that we have in our prisons,” Lopez said. “This is my third prison, so I’ve seen quite a few other programs, but I think this one really goes a long way.”

“For some, it’s the first time they actually cared for another being,” Lopez continued. “For a lot of them, they feel like they’re giving back to society. … This is one program that allows them to give back.”

Ruff Start is also rehabilitative for the shelter dogs, which get housebroken and learn how to walk on a leash as well as how to interact with humans and other dogs. Because of their own rough history, many of the dogs have various behavioral issues, and some are overly shy.“Where they would be timid and moving away from everybody, we’d start to see them build their confidence and be able to go up to strangers and interact and be able to be adopted,” said Amanda Mouisset of the Monterey County Society for the Prevention of Cruelty to Animals, which co-sponsors the program.

All of the dogs who went through Ruff Start’s training have successfully been adopted, Mouisset said.

Scott Delucchi, the SPCA’s executive director, said he knew what the impact would be on the dogs, but he was blown away by the profound positive effect it’s had on the inmates.

“One (inmate) had made the comment that it makes them feel human again, and I said, ‘Well think about how it’s essentially done the same thing for the dogs,’” Delucchi said. “Some of them hadn’t been around people who made them feel like loved companions, loved family members, and some of them are feeling that for the first time.”