My original intent was pretty simple and rather small in scope. I wanted the inmate population to have a means of expression and a better way than the “prison grapevine” to communicate important information, relevant news, and creative thought. My belief was that a well done San Quentin News would be a source of pride for everyone associated with San Quentin and, perhaps, inspire some of the men to find a modicum of respected success.

Arnulfo, though, had a much grander vision. He saw a newspaper that was not only a source of information for a small inmate population. He saw professional level journalism which is respected as serious mainstream media and welcomed widely beyond the walls of San Quentin. He saw a business model to help achieve that acceptance and distribution. He saw an education model which would involve many more men than just the staff of the San Quentin News; an education model which afforded men the skills to express themselves in positive and, sometimes, inspirational ways. 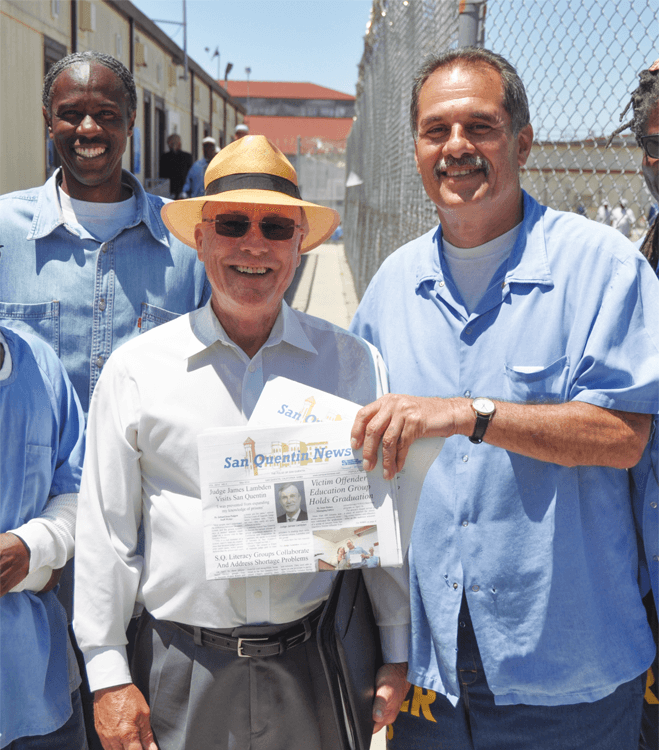 With the help of imaginative and professional advisors, Arnulfo made contributing believers out of many community resources, including the Society of Professional Journalists and the University of California.

We in the business of running prisons sometimes become a bit cynical regarding inmates. It can be easy to fall into the trap of “writing off” an entire population as being beyond redemption. Even more often we see inmates write themselves off. Entering and leaving prison often is believed to be a cycle which can’t or won’t be broken. So, we constantly have to remind ourselves to try different ways of breaking that cycle. What may have worked 50 years ago, 25 years ago, even 10 years ago, may not work as well today.

I believe prison administrations need to constantly search for new ways that inmates may use to help themselves break that cycle. One constant, though, is success. And success can be infectious. Arnulfo got infected through his work with the San Quentin News. His legacy is that he spread that infection not only to men at San Quentin but to others beyond San Quentin. So, I think that is the underlying reason why I re-started the San Quentin News: To present an opportunity for Arnulfo and others like him to taste success, become infected by success and use it as a springboard to break the cycle.

“I may have plugged in the lamp which was the resurrected San Quentin News, Arnulfo tweaked it until it became a beacon”

I must admit that there was a bit of “eye rolling” when I decided to resurrect the San Quentin News (Oh gawd! He’s at it again!!!!!!) It wasn’t an easy sale to the Education Department which is where I believed the paper should be administered. But, the Vocational Print Shop was game to try it and when I mentioned the thought to some in the inmate population I received enthusiastic responses.

Indeed, the first two members of the News staff, Kenny Brydon and Michael Harris, were beyond eager to send the first edition to print. A seasoned and highly professional advisory staff took that raw talent and guided it to the first publication in 2008.

The rest, as they say, is history. We have seen the San Quentin News grow from publishing soft subjects and poetry to being a serious newspaper that tackles complex and sometimes controversial subjects in a manner expected of professional journalists.

Indeed, while most of the articles are distinctly prison oriented, the quality of those articles and the printed layout compare to the finest small-town newspapers.

I have a great deal of pride and satisfaction in having made any kind of contribution to revitalizing the San Quentin News. And, while I may have plugged in the lamp which was the resurrected San Quentin News, Arnulfo tweaked it until it became a beacon. That beacon is getting brighter with every subsequent edition.