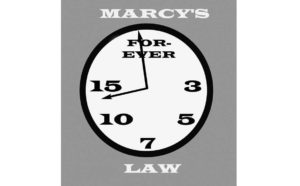 California legislators are introducing two new bills that will affect accomplices of felony murder and youth offenders under SB 260, 261, and AB 1308.

The first bill, SB 1437, introduced by Senator Nancy Skinner, will set forth new guidelines for sentencing (certain) accomplices of murder.

“This bill would prohibit malice from being imputed to a person based solely on his or her participation in a crime,” California Legislative Information (CLI) published.

“The bill would prohibit a participant or conspirator in the commission or attempted commission of a felony inherently dangerous to human life to be imputed to have acted with implied malice, unless he or she personally committed the homicidal act.”

The bill, however, would exclude participants or conspirators in the perpetration or attempted perpetration if the person acted with:

Premeditated intent to aid and abet an act wherein a death would occur, or the person was a major participant in the underlying felony and acted with reckless indifference to human life.

“Nearly 7 in 10 support clearing the records of people who complete their entire sentence if they remain crime free for seven years.”

“SAFE AND SOUND:  STRATEGIES TO SAVE A BILLION IN PRISON COSTS AND BUILD NEW SAFETY SOLUCTIONS” by Californians For Safety and Justice Nov. 2017

“This bill would provide a means of resentencing a defendant when a complaint, information or indictment was filed against the defendant that allowed the prosecution to proceed under a theory of first degree felony murder, 2nd degree felony murder or murder under the natural and probable consequences doctrine,” CLI reported.

The second bill, SB 1242, introduced by Senator Josh Newman, will exclude individuals from the youth offender parole hearing process if they had been convicted of murdering a peace officer or former police officer.

The new bill also sets forth standards an inmate must meet before the board grants parole.

A. The inmate demonstrates remorse and insight into the nature of the crime, unless the inmate asserts his or her factual innocence.

C. The inmate demonstrates the changes he or she has made to illustrate his or her departure from prior criminality.

D. The inmate demonstrates that he or she has been free from disciplinary actions for a reasonable period of time prior to the hearing.

E. The inmate demonstrates positive activities while in custody.