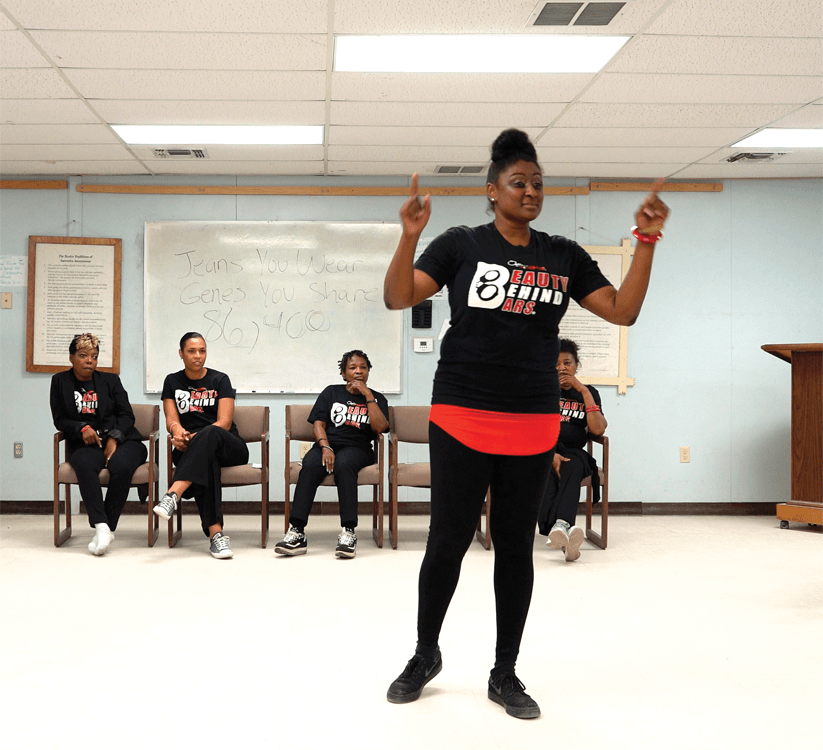 Beauty Behind Bars, a female self-esteem program, entered a men’s prison to share how they overcame trauma.

Normally, Beauty Behind Bars seeks to free women from the mental incarceration they locked themselves in after abuse by men. However, on Sept. 28, five women of color visited San Quentin State Prison to help the men free their minds.

“This is our first time speaking to men,” said Beauty Behind Bars founder Tiffany “The Spiritual Bail Bonds Woman” Love. “My job is to make you feel good. You see people on the outside and they are more incarcerated than you are in here. We’re dealing with so much; our minds are incarcerated.”

The five women hailing from Tennessee — Love, Clemmie “Clemmie Gee from Tennessee” Greenlee, Sonja Brown, Marleny Richiez and Mamie Jackson — shared stories of how they allowed intergenerational trauma, sexual molestation and abusive men turn them toward self-destructive behavior. But, as Brown said, even when you are lost, you never lose your value.

The Christian women overcame horrors and hit lows like immoral sexual activities, robbery, drug use and incarceration to become agents of change.

Beauty Behind Bars gave their presentation before about 45 students at the Financial Literacy Class held at San Quentin Lower Yard’s Arc trailer.

Love has a master’s degree and won three national beauty pageants. She described the impact of watching her educated mother, who has several medical degrees, stay in a relationship with an alcoholic man who abused her. Looking for her dad in other men, she became “a sophisticated ho.”

Her message stressed the importance of dealing with past traumas to overcome them.

“The jeans you wear are the genes you share,” Love said. “Am I going to allow my family to borrow (greatness) from me or bury me? I’ve seen a lot of talent in here and it’s blowing my mind. We can’t bury you. You are made of 25-30,000 genes. God didn’t waste them; don’t you waste them.”

“Clemmie G from Tennessee” Greenlee spoke on her 58th birthday, discussing abuse at the hands of dirty old men when she was 6 years old. This built in her resentment toward men and sent her on a path of prostitution and robbery. She delivered her tale in an animated candor that kept the audience laughing.

“I was mad at y’all men — when you pimp me out, you had the nerve to let me lay on my back, make all the money and give it to you,” Greenlee said. 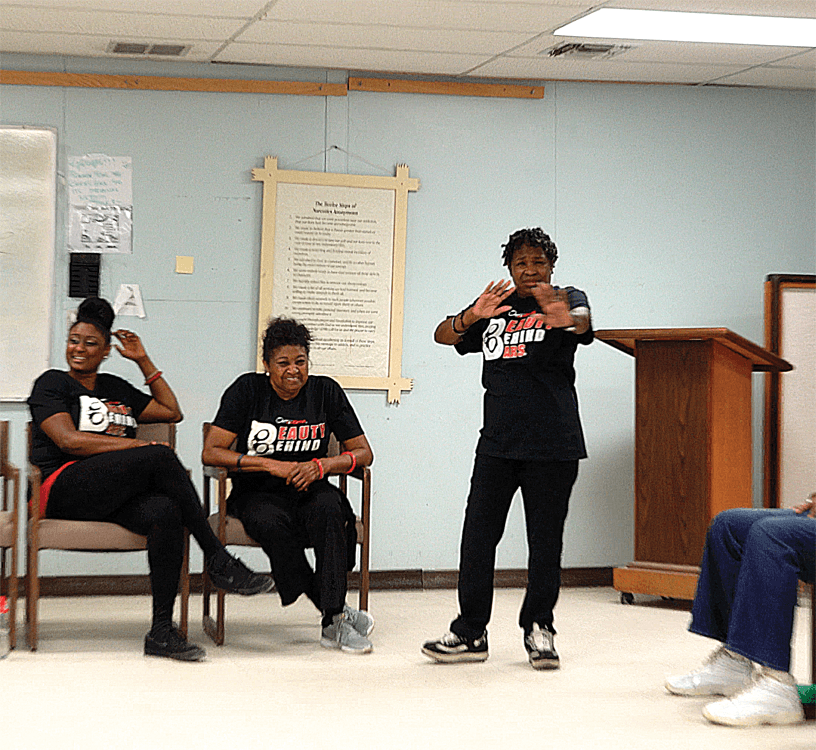 She also talked about how she led her son into the same destructive lifestyle.

“He’s in the game. He kept giving me money,” Greenlee said. “He started flagging (wearing a gang bandana). I like the flag style. I started wearing it too and went to the projects and they beat the (hell) out of me. I wasn’t banging, it matched – blue with blue.”

The laughter stopped when she describe her son’s murder. After that day, she turned her back on crime and violence to create Nashville Peacemakers: Let’s End the Violence, Enough Is Enough. George Soros gave her a $40,000 grant for the program.

Brown’s issues stemmed from being molested her entire childhood. Her life story demonstrates that no matter how low anyone falls, they can rise to new heights.

Brown has also survived two sons’ deaths; Duan, in a car accident, and Deon’s murder. Plus she has been diagnosed with cancer for the second time.

“I get up every morning with a smile on my face,” Brown said. “They diagnosed me with cancer again. They keep telling me I’m dying; I keep telling them I still like living.”

Now Brown is a drug-free, successful minister and businesswoman with a line of companies called AutheniQ that includes tax offices, a hair line, electrical contracting and trucking. Also, she authored From Prison to Praise.

Brown asked the men to visualize the good things they want in their lives, write them down, hang them above their mirrors and recite them “EVERY DAY!”

“Every day you wake up is another day you can do something different,” Brown said. “Before I owned anything, I wrote on my mirror ‘I’m an entrepreneur.’ Write the vision, make it plain.”

Richiez, originally from the Dominican Republic, talked about bouncing back from being molested, pregnant and thrown out by her mother at 14. She experienced domestic violence, emotional abuse and never had a normal relationship. Yet she raised a man, now 21, who’s an actor and singer. He’s had roles in shows like The Wiz and Nashville.

“Any one of you could be my son,” Richiez said. “I love all of you even though I don’t know you. I can use my pain to talk to you about healing. We’re here to let you know somebody out there cares for you and is praying for you.”

Richiez plans to start “Pretty Is Not Enough”, a ministry designed to teach young girls how to love themselves and learn about their inner beauty.

Love’s mother, Minister Mamie Jackson, grew up in a stable home with her parents who were married 67 years. She made the choice to stay with her abusive husband because she believed in “until death do you part.” They divorced and remarried, but the abuse continued whenever he got drunk. Out of a choice to stay came three children, which got her through the hard times. They eventually divorced again. Jackson told her story for the first time during the visit to San Quentin.

“It took me coming to prison to be released,” Jackson said. “Women that are mistreated, they retaliate by being bad, bitter and ’bout it. Through finding Jesus Christ and accepting him, He allowed me to be healed from the inside out and realize he (ex-husband) was suffering from a sickness.”

The women said they came to California from Tennessee because if no one reaches out, no one gets touched.

“You have to reach to touch somebody’s life so we can all get healed in Jesus’ mighty name,” Richiez said.