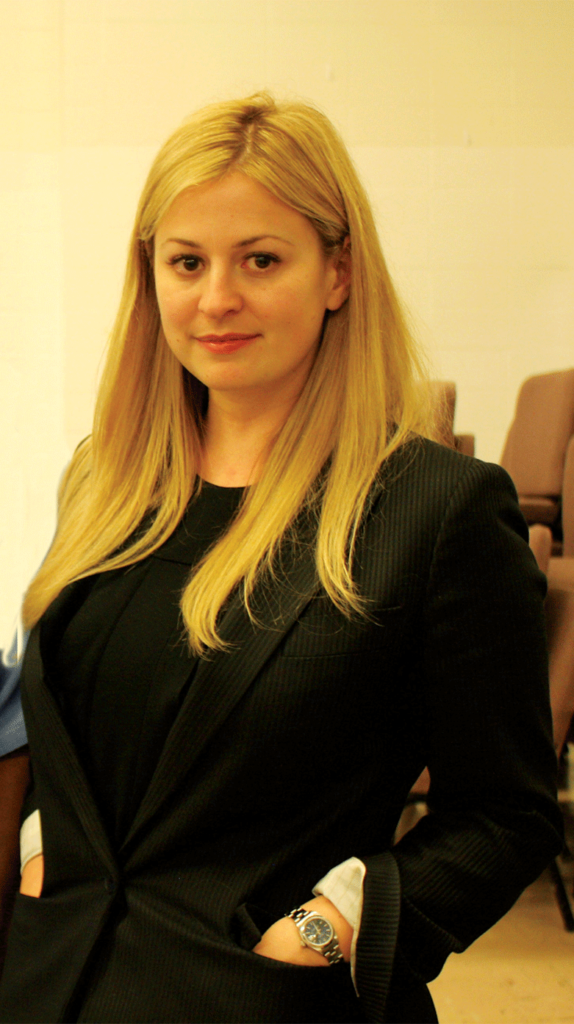 Alex Mallick in the Protestant Chapel at San Quentin

As long as she can remember, Alex Mallick has considered herself a defender and protector, “a guardian of people.”

“I dedicated my life to helping people,” Mallick says. “I am so excited and full of energy when I wake up every morning and have something I believe in, a purpose in life.”

For almost six years, she has been in and out of San Quentin fighting for the rights of youthful offenders because she believes someone has to.

She volunteered at San Quentin for a youth offender lifer group called Kid CAT. Mallick says she was touched listening to the stories of juvenile offenders Charlie Spence and Anouthinh Pangthong.

Some of these youth offenders, like Curtis “Wall Street” Carroll, had just arrived at San Quentin when Mallick met them.

“I just couldn’t believe that some of these juvenile offenders were sentenced to more than 50 years-to-life and could possibly die in prison,” she says. “I think people can grow and change. They just need hope.”

While living in New York, Mallick worked at Rikers Island. She was surprised that some of her co-workers could demonize children. A co-worker told Mallick: “Don’t look over at them. They’re crazy. They’re monsters,” as she walked down a Rikers Island hallway.

“They were just kids and they were shackled together,” Mallick explains. “Some were so little.”

Although her journey to fight for youth justice was starting to take shape while working at Rikers Island, she gives all the credit to Elizabeth Calvin for guiding her in the right direction once she began working at Human Rights Watch.

“Elizabeth Calvin and the Human Rights lens taught me about facts. I learned that facts are important and need to be corroborated with other facts when you’re representing a criminal justice problem, or any problem,” Mallick says. Calvin also taught her that people directly impacted by the problem are the ones best suited to solve the problem.

Mallick considers Calvin one of the most influential and impactful persons she has ever met. She insists that the criminal justice issues are community issues and that every child is our child.

But by no means does Mallick claim to have the answers to our criminal justice problems. Nevertheless, she is thankful for those working to improve our system. “I found my community. I am just a small part of a bigger cause,” she says.

Often, she travels to Sacramento with a coalition of organizations and advocates for criminal justice reform.

After working with Human Rights Watch, she went on to found her own organization, Restore Justice. Restore Justice works with currently and formerly incarcerated people, survivors of crime, district attorneys, legislators and others to restore our communities.

“I want to see people who have been in prison get out and do incredible things in their communities,” she says.

Mallick says that because she doesn’t like to see people misrepresented, she believes people must be empowered to tell their own stories. To that end she helped launch and supports a project in San Quentin called First Watch.

First Watch is the first video project of its kind where incarcerated men film, edit and score their own stories. They can be viewed on restorecal.org.

The videos produced have gotten hundreds of thousands of views online. Mallick wants to empower people to become leaders and advocates in their own communities.

“Restore Justice is not only for offenders,” Mallick says. “I want everyone involved in the criminal justice system to feel restored.”