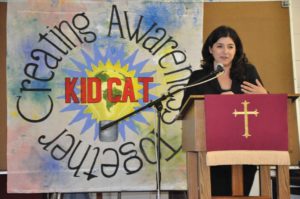 Fifty years ago the U.S. Supreme Court ruled that children have a right to counsel, but many kids in the juvenile system are still left unrepresented, according to a new report.

Children of color are disproportionately affected, and they make up a majority of arrests, says the May report by the National Juvenile Defender Center.

–Despite the court ruling, “Children in the United States are not guaranteed lawyers.” Only 11 states provide every child accused of an offense with a lawyer, regardless of financial status.

Nationally, some 64,000 Americans died from overdose last year, up 86 percent from 2006, according to the Centers for Disease Control and Prevention.THE WALL STREET JOURNAL:  “Friends of Overdose Victims Become Prosecutor’s Targets”  Dec. 18, 2017

–Sometimes, a child is denied a lawyer because of one simple question: is the child financially eligible for a public defender? One juvenile defender in Louisiana said “there are no forms; a child is simply asked if he or she receives free or reduced-price lunch at school and if so, counsel is appointed,” according to the report.

–Children do not get attorneys until it is too late. (No state guarantee lawyers for every child during interrogation, and only one state requires it under limited circumstances.)

–“When children are questioned at a police station, they are often pressured to talk to authorities for an indefinite amount of time. They are typically seated in small, enclosed rooms where they are made to feel intimidated or as if they are complicit in wrongdoing. And the youth are usually alone.”

–Thirty-six states allow children to be charged fees for a “free” lawyer.

–Families must pay to prove they do not have enough money for a lawyer. Expenses range from $10 for an application fee to more than $1,000.

–Forty-three states allow children to waive their right to a lawyer without first consulting with a lawyer. “Children who waive their right to counsel often end up in far worse positions than if they were automatically given an attorney from day one,” one juvenile defender reported. “It’s not only unfair but also grossly naive to expect children to navigate this system alone.”

–Children’s access to counsel ends too early. (Only 11 states provide for meaningful access to a lawyer after sentencing, while every state keeps children under its authority during this time.)

–Children still need a lawyer after sentencing in juvenile court. “The reality of disparate punishment for youth of color alone signals the unquestionable necessity for defense counsel,” according to the report.

–Automatically appoint a qualified juvenile defender regardless of financial circumstances before any interrogation.

–Abolish all costs and fees associated with a child’s access to a publicly funded juvenile defender.

–Prohibit waiver of attorney until a consultation is made with an attorney.

–Ensure continuous appointment of counsel until a child’s case is closed.

“No jurisdiction in the United States wholly fulfills the constitutional promise of justice for children. … It is time to fulfill the promise,” the report concludes.