When an icon dies in a hail of bullets for his ideas, beliefs and works, the community forever mourns the loss of potential progress. More than 50 years after the death of Malcolm X [El-Hajj Malik El-Shabazz] America is still struggling with the rise of White nationalism, Black on Black crime and police brutality.

In the 1960s, Malcolm X represented the hope of Black manhood. His intelligence and uncompromising speeches made him a people’s champion, plus he was formerly incarcerated.

“White folks do not need anybody to remind them that they are men. We do!,” said actor Ossie Davis, who gave Malcolm’s eulogy, recorded in The Autobiography of Malcolm X. “This was his one incontrovertible benefit to his people.

“Protocol and common sense require the Negroes to stand back and let the White men speak up for us, defend us, and lead us from behind the scene in our fight. This is the essence of Negro politics.

“But Malcolm said, ‘to hell with that! Get up off your knees and fight your own battles. That’s the way to win back your self-respect.’”

Malcolm was a hustler, a pimp, drug dealer and a robber, all the negative trappings of Black youth street life. He earned the nickname “Detroit Red.” Then Malcolm transformed his life.

He became a Minster in the Nation of Islam, a respected orthodox Muslim leader, a fierce debater and a revolutionary thinker about change and reform.

Malcolm connected with the people because he understood the plight of Black youth.

“What makes the ghetto hustler yet more dangerous is his ‘glamor’ image to the school dropout in the ghetto,” said Malcolm. “The ghetto teenagers see the hell caught by their par- ents struggling to get somewhere, or see that they have given up struggling in the prejudiced, intolerant White man’s world.

“The ghetto teenagers make up their own minds; they would rather be like the hustlers whom they see dressed ‘sharp’ and flashing money and displaying no re- spect for anybody and any- thing,” Malcolm added.

It’s because of the lack of Black businesses that the Black man can’t employ his people and stabilize their community, Malcolm said. Malcolm was called “the angriest Black in America” for comments such as “Chickens coming home to roost” when speaking of the assassination of President John F. Kennedy and for his infamous “By Any Means Necessary” comment.

But Malcolm felt that the White media wanted to make him the scapegoat for the country’s failures to address the issues in the Black community.

“It takes no one to stir up the sociological dynamite that stems from the unemployment, bad housing, and inferior education already in the ghettoes,” said Malcolm. “The explosively criminal condition has existed for so long, it needs no fuse; it fuses itself; it spontaneously combusts from within itself.”

As Malcolm grew spiritually in his Islamic faith, he believed it would take everyone to correct America’s human problems; even if it meant working separately, there would be collective action.

“Where else but in a prison could I attack my ignorance by being able to study intensely, sometimes as much as 15 hours a day?”

“Let sincere Whites go and teach non-violence to White people. We will completely respect our White co-workers. They would deserve every credit,” said Malcolm. “In our mutual sincerity we might be able show a road to the salvation of America’s very soul. It can only be salvaged if human rights and dignity, in full, are extended to the Black man.

“Only such real, meaningful actions as those … can get at the basic causes that produce the racial explosion in America today,” Malcolm added.

Malcolm’s time in prison is where he learned about himself, his people and world affairs. He credits the rehabilitative culture at Norfolk Prison Colony for his enlightenment. He joined group discussions and the debate team with instructors from Harvard, Boston University and other educational institutions that taught the rehabilitative programs.

“Many who hear me somewhere in person, or on television, or those who read something I’ve said will think I went to school far beyond the eighth grade,” said Malcolm. “This impression is entirely due to my prison studies.

“Where else but in a prison could I attack my ignorance by being able to study intensely, sometimes as much as 15 hours a day?”

Malcolm was both loved and hated by Blacks and Whites alike. But his pas- sion to speak truth to power could not be questioned.

“Sometimes I dare to dream to myself that one day, history may even say that my voice – which disturbed the White man’s smugness and his arrogance and his complacency – that my voice helped to save America from a grave, possibly even a fatal, catastrophe,” said Malcolm.

Ossie Davis summed up Malcolm’s life at his funeral. “But in explaining Malcolm, let us take care not explain him away. He had been a criminal, an addict, a pimp and a prisoner, a racist, a hater; he had really believed the White man was the devil. But all this had changed. Two days before his death …he said ‘That was a mad scene. The sickness and madness of those days! I’m glad to be free of them.” And Malcolm did become free. 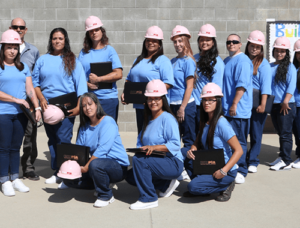