Kern Valley State Prison (KVSP) is the latest California facility to upgrade its smoke detection technology to improve the safety of inmates and staff.

Traditional in-duct smoke detectors are prone to accumulate dirt and dust that can cause the fire detection system to malfunction and issue false alarms. This can become such a nuisance that officers begin to ignore the alarms or disconnect them entirely, according to a Corrections.com article.

The new system is supposed to enhance safety at the institution by speeding detection, investigation, fire suppression, security management and evacuation, reports Corrections.com.

According to Gonzalez, inmates will tamper with smoke detectors if they can, so Intelligent Fire Systems & Solutions’ detectors have a fault signal that notifies authorities when airflow is blocked.

Corrections.com reports the new system is also easier to clean, maintain and inspect. 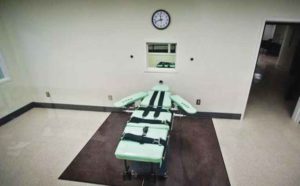