Thank you for including us on the Project Avary walk in September. It was an truly an amazing day, far more powerful and thought-provoking than me and my husband Steve ever could have imagined. We had many conversations about it since that day, and we really just can’t stop thinking about the men – especially the Kid CAT members – locked up for huge swaths – if not all – of their lives. We had a talk with a man name David, a deeply thoughtful articulate young man who reminded us very much of the sons of some of our best friends. I was so involved in the conversation that I forgot where I was, until he mentioned his cell. The openness of the men to talking and expressing pieces of themselves really floored us .
The import of circumstances – maybe coupled with a few breaks one way or another – is breathtaking. This was revealed to me so profoundly on that day. AS was the immense talent of the men there playing music, rapping, love and plea for forgiveness – I’ve ever heard. I grieve for them.
What I was hoping for was a peek over the wall – to get a glimpse of what goes on the other side. We saw the best of it, I’m sure, as most hours and days are spent differently than with us. But I am so grateful – as expressed in the closing circle at the end of the walk. To have had the opportunity to see to see those men in blue working hard to open their hearts, amend their mindset and contribute to improving the lot of others, to breaking the cycle.
Keep up the good work! In community, Vicki and Steve

Reflecting on being a mother and parent

“OGs must give back to those they broke away from”
I’ve come to realize, after serving 37 years in prison, that we, the OGs, are responsible for the current trend of self-destruction that’s affecting our youngsters.
OGs must first and foremost come to grips with the fact that many OGs have done a lot of stupid-dumb stuff. We must acknowledge this fact. It is only through serving long lengths of time and the struggle of dealing with life’s adversities, and the loss of loved ones that we now know what is real about life.
Life without freedom means the death of your mother and father while you remain behind bars. It is coping with the love from family and friends that has vanished over time. But, most importantly, it’s losing that life that God planned for you to live.
We, the OGs, took something very valuable from our young generation, ourselves. So don’t get it twisted, they didn’t leave us, we left them out there to fend for themselves.
Yep, we abandoned them when they needed us most. Now, like animals of the wild they prey on each other.
By any means necessary, we must get our young people back on track by putting our best foot for- ward and being the best examples we can be.
We must rethink this red and blue that destroyed you and me.
We’ve got to stop disrespecting our women, for you can’t treat someone badly and expect them to be good to you.
It is said when a demon gains possession of someone they cause much suffering. But being freed from a demon, returns the person to a normal state of mind and body.
So, all OGs must find that state of mind and body for our young generation again.
May God bless you with His light of under- standing as I greet you in peace.
Sincerely, Eddie ‘ET’ Turner

AB 665 — Veterans who were convicted of a felony prior to January 1, 2015 who may have suffered various PTSD or other emotional issues as the result of their service to petition for a recall of sentence under specified conditions. This bill passed the legislature but is currently held in the Senate Appropriations Suspense file, pending budgetary action to provide funds for im­plementation.
SB 1242 — Adds language requiring additional con­ditions to grant parole be codified, including demon­stration of remorse and insight, reasonable time free of disciplinary, realistic post release plans, all of which are already part of parole consideration, though not in legal terms. The real purpose of the bill would be to exclude from YOPH consideration those prisoners whose victim was a peace officer or former peace officer. This bill has been referred to the Senate Committee on Public Safety.
SB 1437 — Proposed change to the felony murder rule, that would remove malice from consideration in a crime unless the individual charged personally com­mitted the homicidal act, acted with premeditated intent to aid and abet that act where in death occurred or the person was a major participant in the underlying felony and acted in reckless indifference to human life. It would also be retrospective, providing a method of resentenc­ing those convicted of first or second-degree murder un­der the felony murder rule or the natural and probable consequences doctrine. This bill has passed the Senate and is now in the Assembly Appropriations Committee.
SB 1279 — An act to amend Section 1170.1 of the Pe­nal Code, relating to sentencing. Double the base term-Active Bill-This bill is in committee process
AB 2138 — Licensing boards: denial of application: revocation or suspension of licensure: criminal convic­tion-Active Bill-This bill is in committee process
SB 1393 — An act to amend Sections 667 and 1385 of the Penal Code, relating to sentencing year enhance­ment-Assembly Appropriations Committee.

The new coding program in the UK was patterned after San Quentin’s Last Mile, a program which is now called Code.7370.  The British program opened in the Her Majesty’s Humber Prison in the United Kingdom (UK).

“I read about The Last Mile a couple years ago,” Michael Taylor, Code4000 founder, told San Quentin News. “I reached out and ask if I could do something similar over here in Europe, and Chris Redlitz at the Last Mile was extremely helpful. We more or less mirrored The Last Mile project here in the UK.”

Taylor has a background in teaching coding under difficult circumstances. He taught refugee kids and troubled youth in a program called CoderDojo.

Taylor took his interest in teaching prisoners how to code to the Ministry of Justice in London. It was close to a year before the prison program was up and running.

The program currently has 16 prisoners, most of whom had zero knowledge of coding. The prisoners are trained in web development but without being connected to the internet. All the self-help videos and books for the curriculum are downloaded to an offline server in the classroom. The program facilitators have internet connection to do a Google search and to find answers.

“Normally you would just say log on to this course and do this course. We can’t do that, so we have to do everything offline,” Taylor said. “Our volunteers write stuff for us and they do little micro-courses that the guys can use… It’s all mentoring.”

Once participants are trained to work on external projects, they can move to the senior coder level. Upon release, Code4000 tries to get graduates apprenticeships with real companies or into full-time employment. So far only one person has graduated, who paroled and currently works as an apprentice coder.

“Coding is a great leveler,” Taylor said. “A lot of people in prison tend to have some kind of mental-health issue, or have the letter combinations like ADHD or OCD, or social problems. Coding can be that kind of thing that strips away those things and become a positive thing when you’re coding.”

“The one graduate was basically a painter and decorator before that,” Taylor added. “He didn’t really know English or math, but that didn’t stop him or other people in his position from learning coding.”

The stigma that formerly incarcerated people face in the United States is the same in the UK, but it’s different when it comes to coding jobs, Taylor said.

“Tech companies tend to be run by a younger generation with less hang-ups about this kind of thing,” Taylor said. “It’s a bit easier for us to talk to companies and talk about getting ex-offenders into employment in the tech sector than it would be in other sectors.”

Taylor is starting to understand the challenges working within the prison system.

“A lot of people are enthusiastic about this at the higher level but as it gets pushed down the chain, people get more cautious, and the culture of risk aversion kicks in,”  he added. “Mostly people cover their backs by saying ‘no.’ You have to push against a culture that doesn’t like trying new things.

“I had to find some champions within the system who were willing to take the risk.”

Code4000 is expected to open at another prison and hopes to expand the program to 10 prisons within two years.

“Finding the money is always the problem. It’s like prisons are the most forgotten and least funded social engagement projects in the UK,” Taylor said. “They’re not sexy enough. Do you know what I mean?  It’s like nobody’s really interested.”

Just as Taylor contacted The Last Mile to help establish coding programs for prisoners within his country, interested people in Australia, New Zealand, Chile and Code Phoenix in France have been in touch with Taylor to do the same thing.

“It’s kind of an idea whose time has come,” Taylor said. “If you teach people in prison all these skills but you don’t teach them coding, you’re really missing out… it’s an obvious thing to do.”

Borey Ai is out of prison, but he’s still not a free man

Fathers and families: A traditional celebration

A message from the men inside to their loved ones: 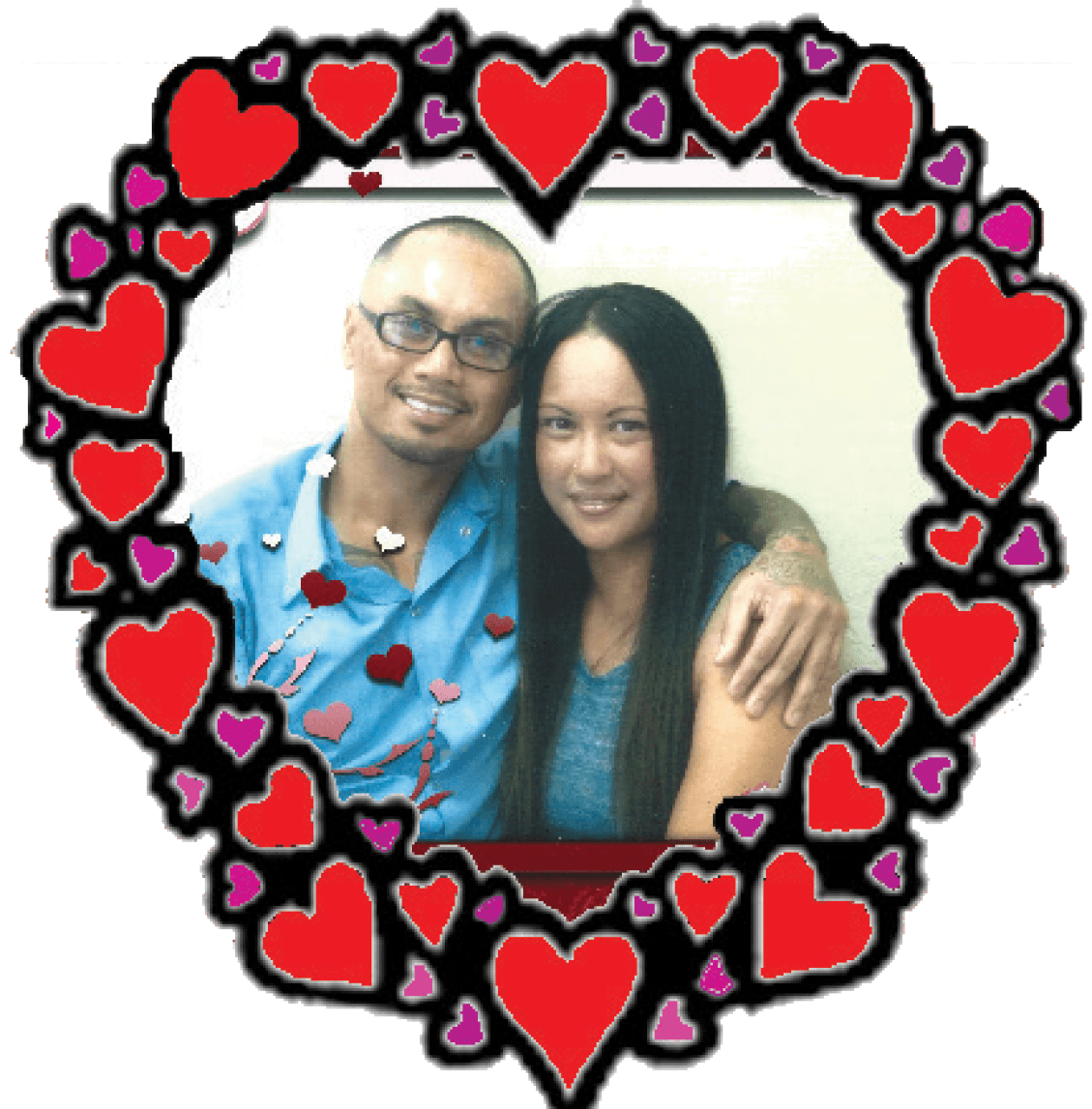 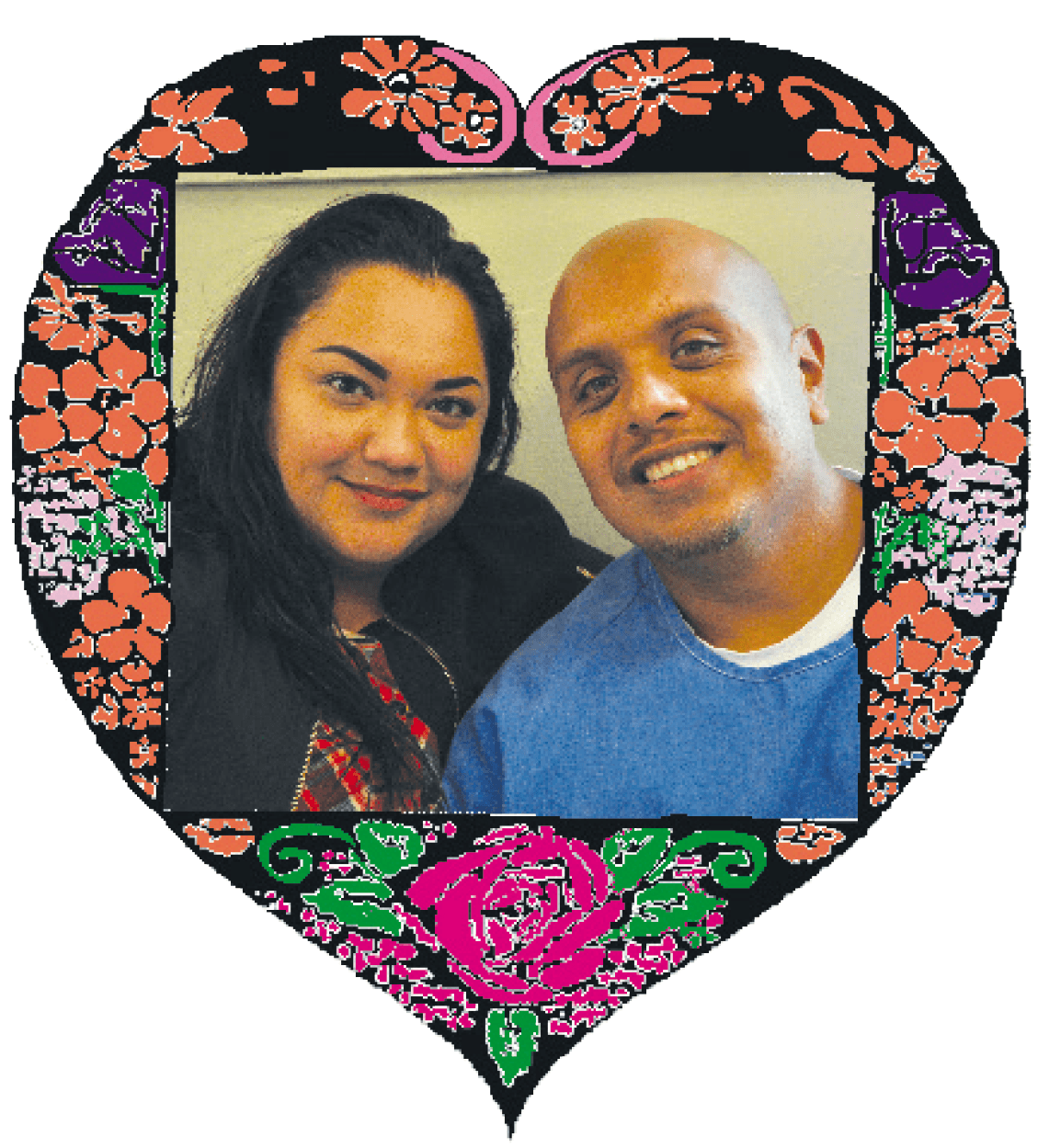 The woman who captured my heart and makes me smile. Thank you baby. I love you! 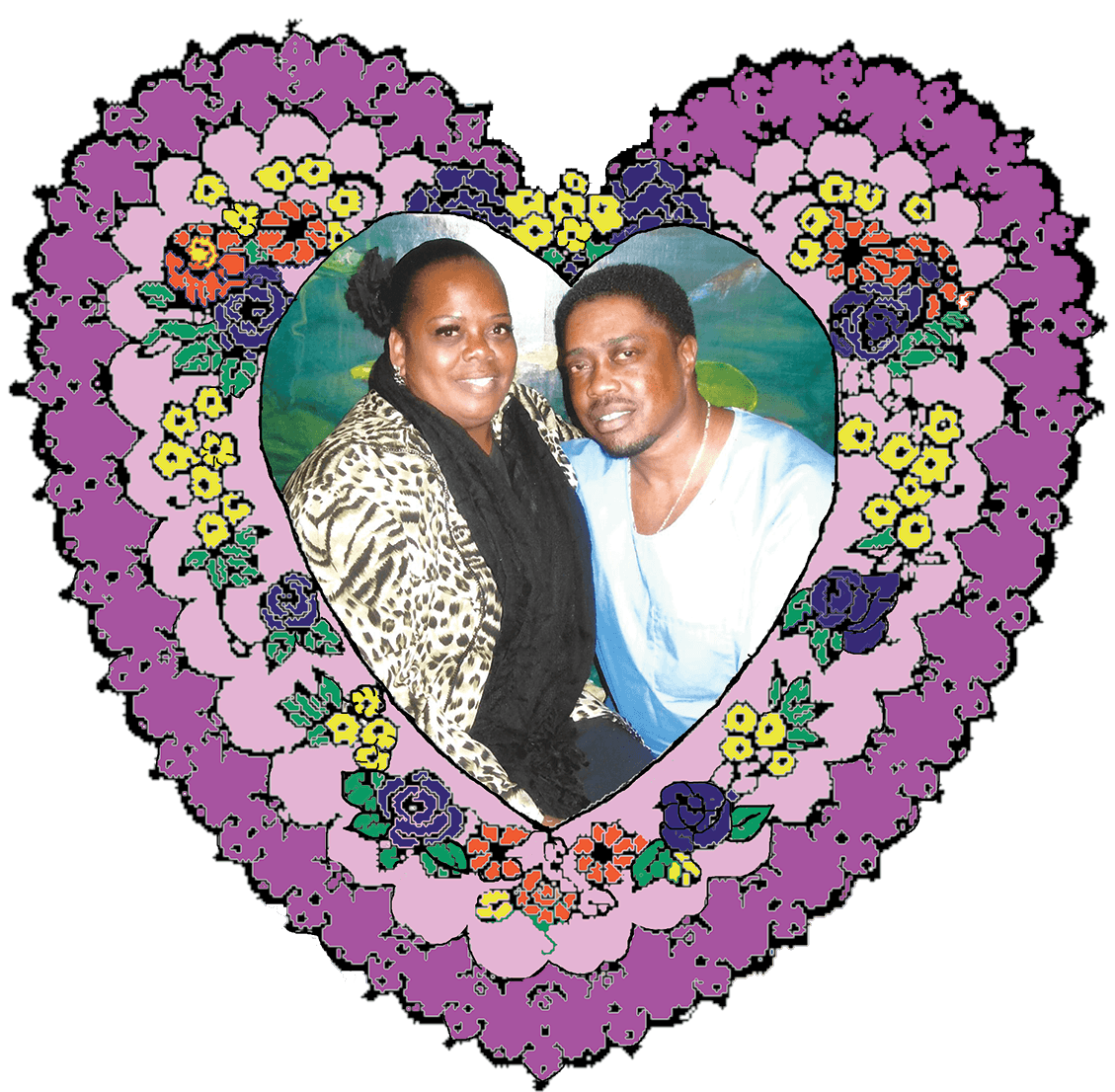 No myth or fable, one of the greatest gifts the Creator has given to man is a friend-lover-partner and companion in the form of a woman. I love you! 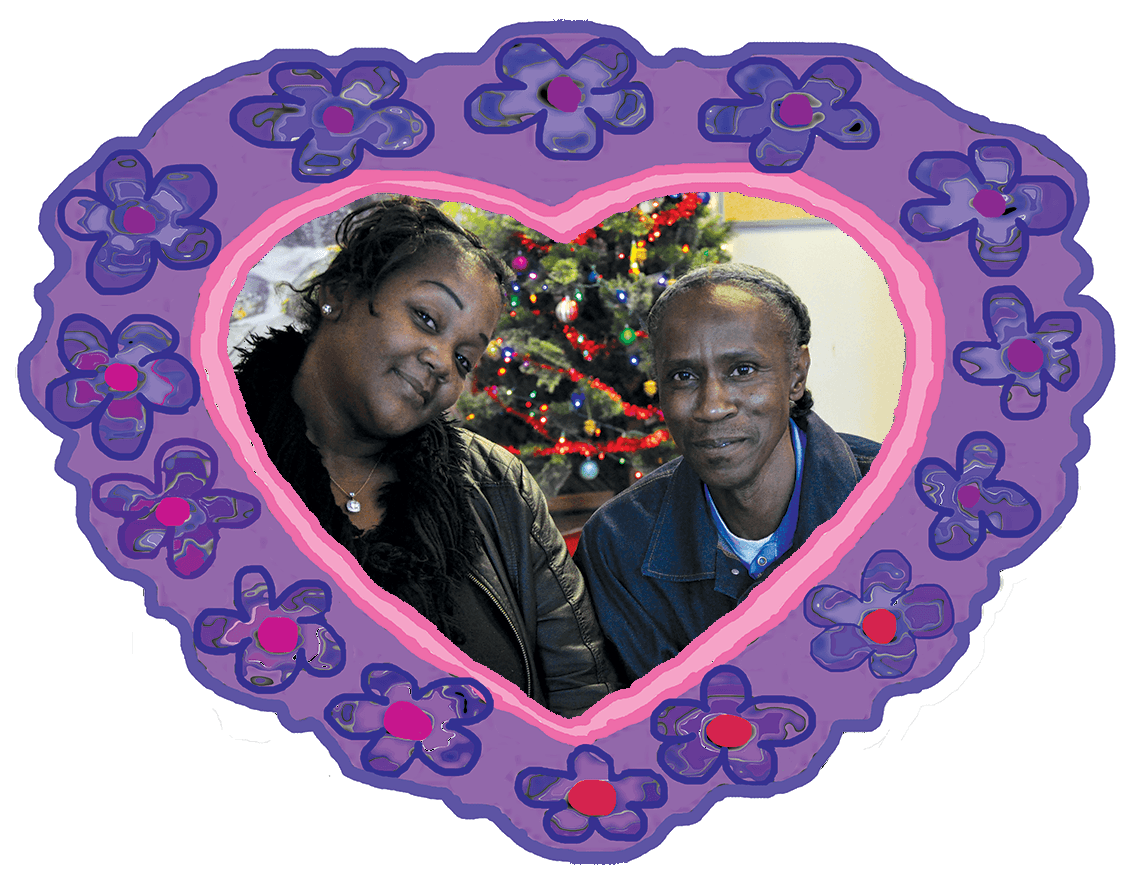 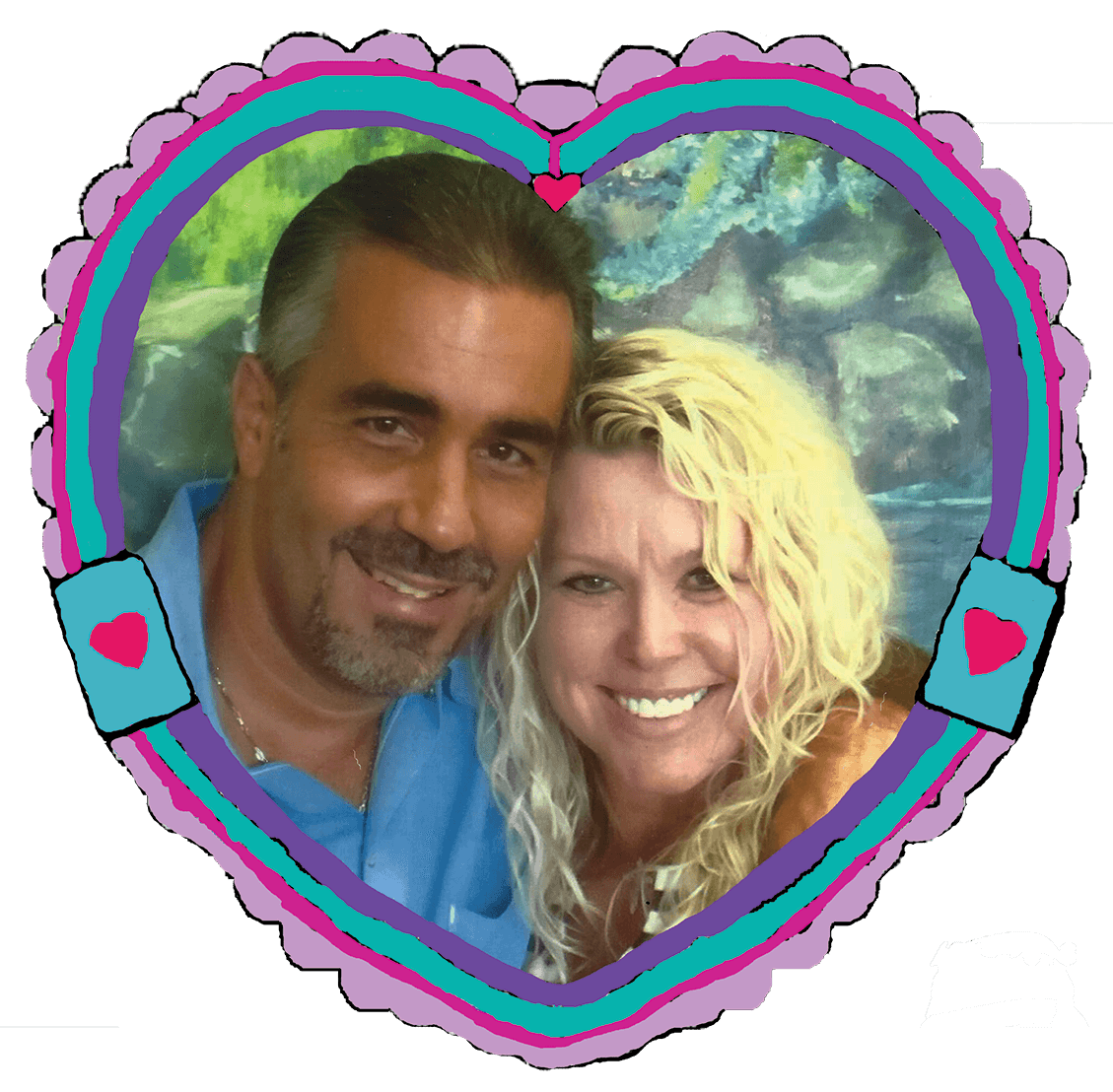 Happy Valentine’s Day, Babylove! You’ve changed my way of thinking and I couldn’t have asked for a more loving and supportive girlfriend. With you I’ve found not only a reason to enjoy life but a spiritual connection that keeps me warm inside. You’re my everything… Always yours, Louis 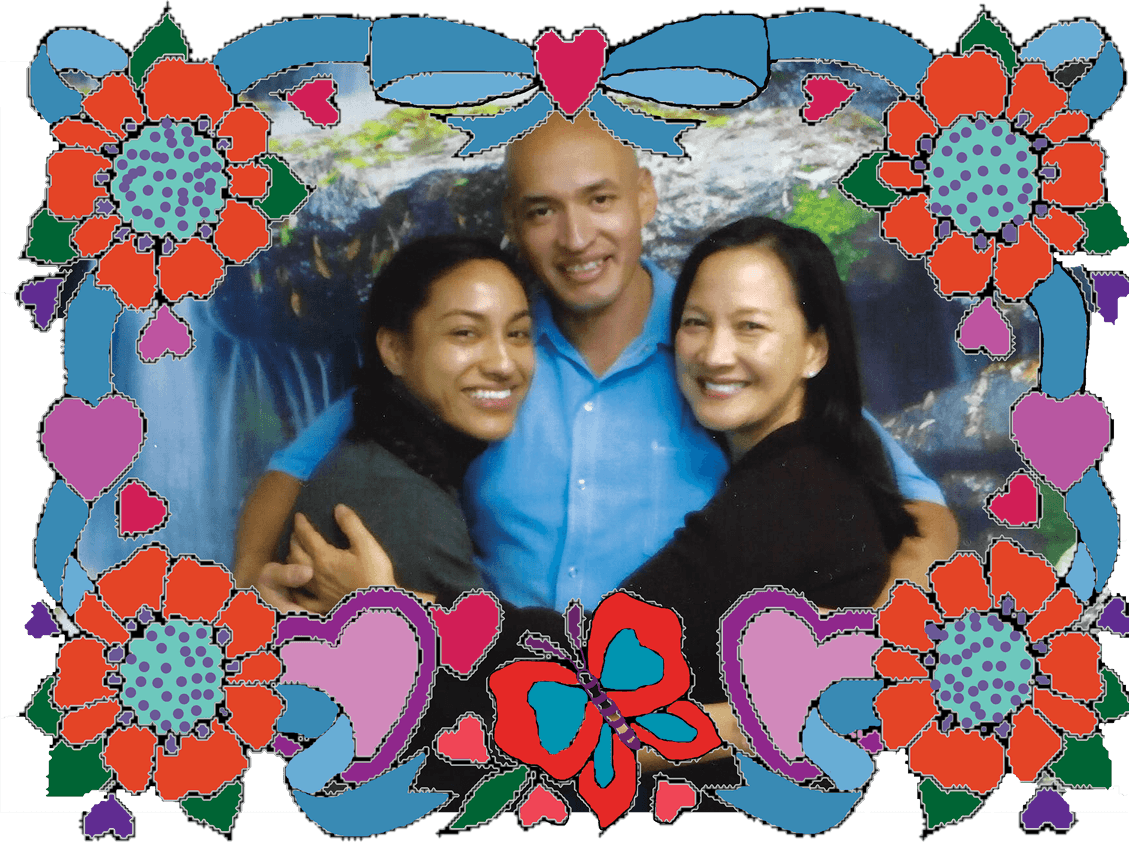 “My queen and princess; you have given me more than I ever expected to have in life. I love you both for many reasons but mainly because you’re you regardless of the situation. You bring out the best in me, and I’m glad that you’re mine.” Love, Jesse 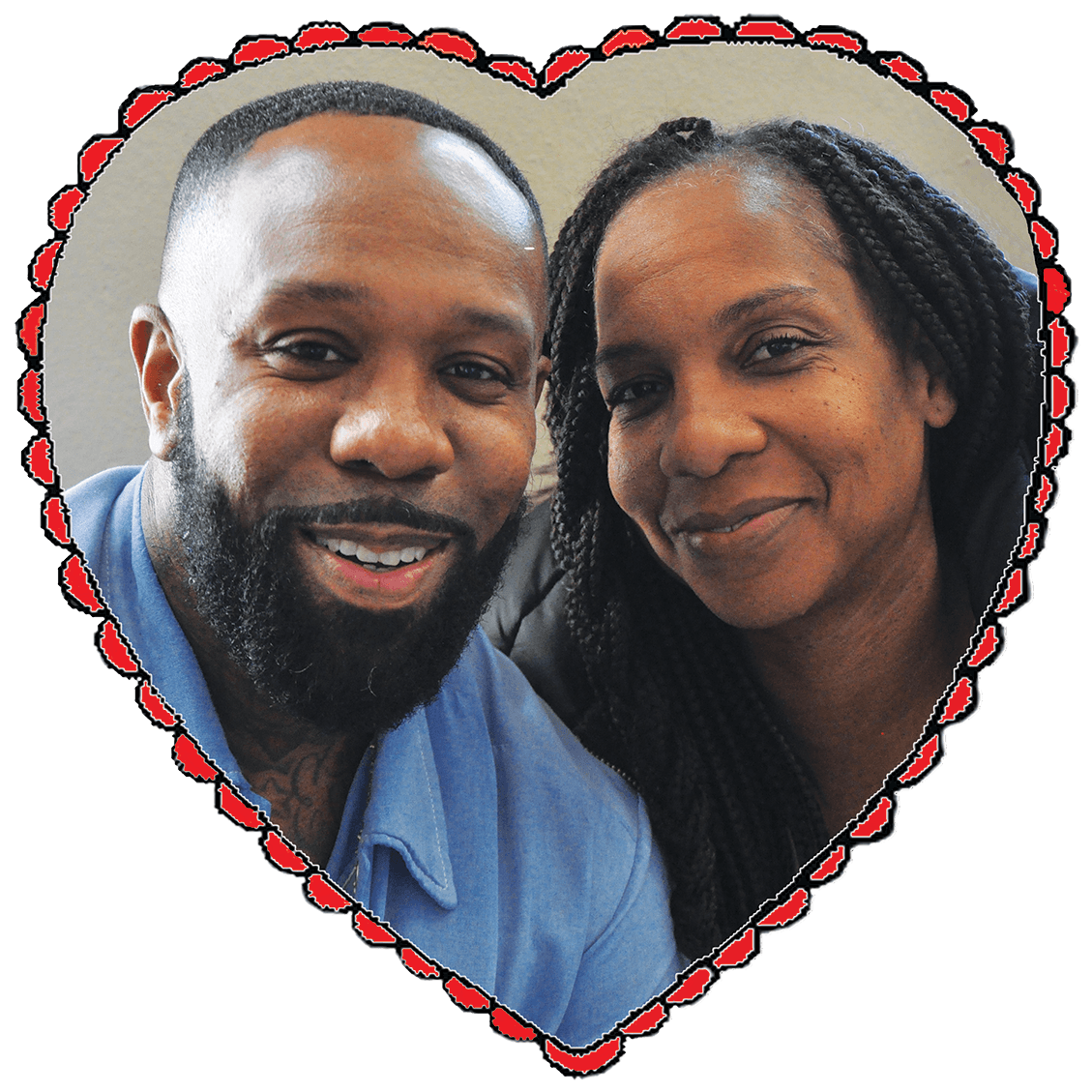 Love is only authentic when it is able to stand intact through all phases of change. Happy Valentine’s Day! 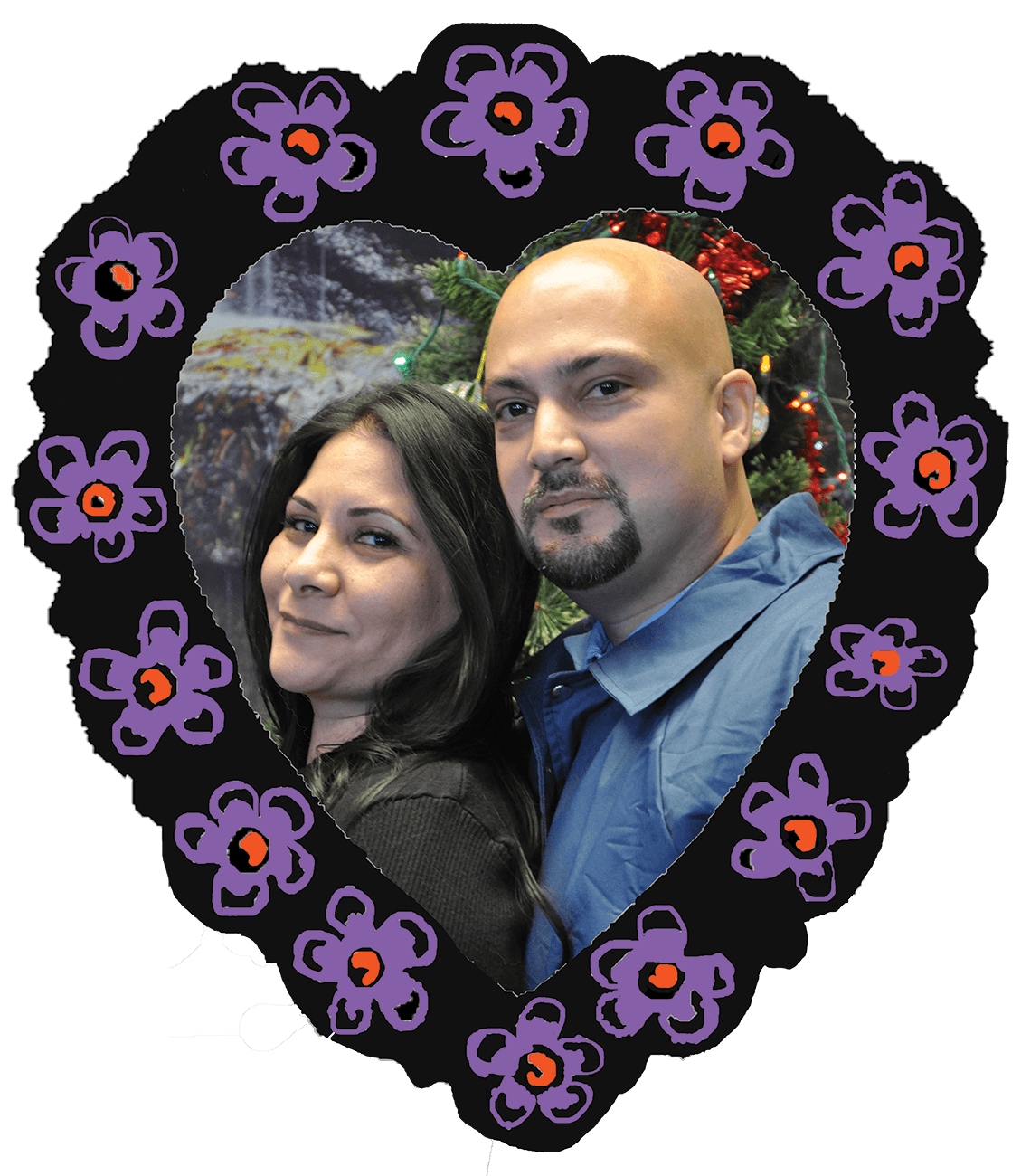 There are few things that give life meaning, and you’re the main one in my life. Happy Valentine’s Day! Hope I can keep you smiling for a long time. I love you! 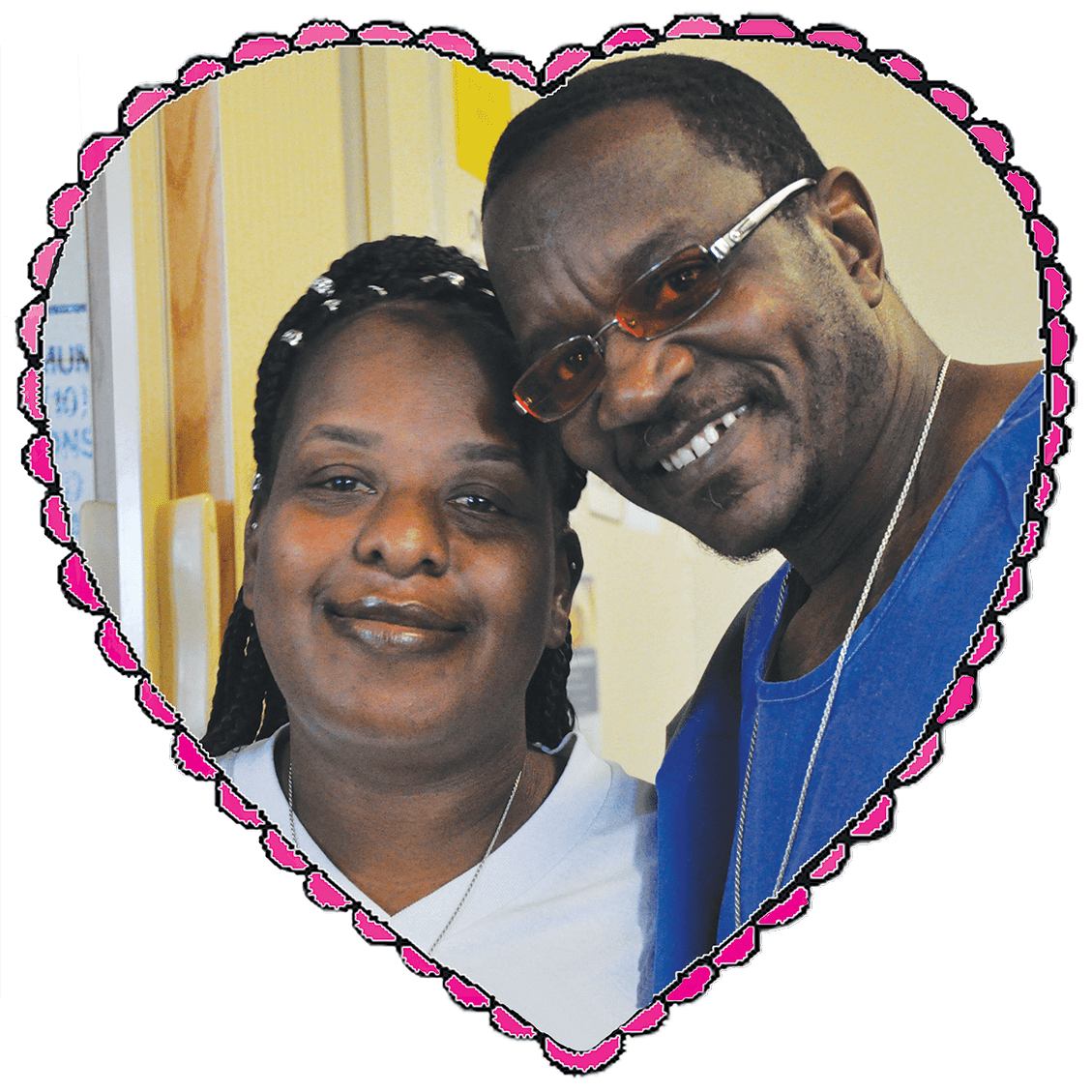 My joy, ray of sunshine you keep me focused and loving everything about you. I love me some you!